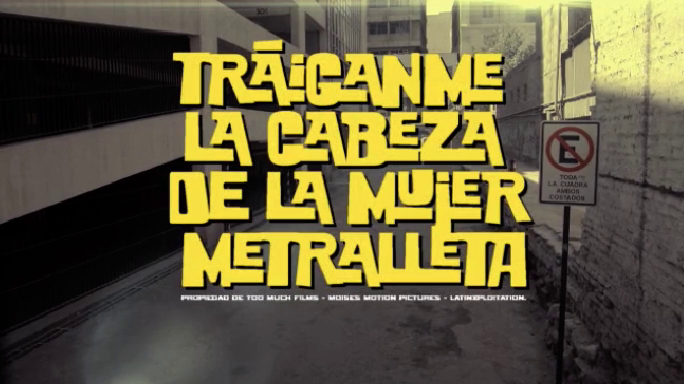 BRING ME THE HEAD OF THE MACHINE GUN WOMAN is a pleasantly pulpy mash-up of low-budget Robert Rodriguez-style action and video game gore that provides plenty of slam-bang thrills in its brief 73 minutes. Sadly, despite Chilean director Ernesto Díaz Espinoza’s stylish visuals, the world never feels properly fleshed out and the pace starts to languish well before things come to a predictably messy close. Filled with colorful and eccentric characters – including the eyeball meltingly sexy presence of Fernanda Urrejola as the titular Machine Gun Woman – things only really come to life during the frequent action sequences, making the whole thing feel like a bit of a missed opportunity.

Matías Oviedo plays Santiago, a part-time DJ who spends most of his time playing video games at home while avoiding his domineering mother. Santiago finds himself having to track down the mysterious assassin The Machine Gun Woman (Fernanda Urrejola) after accidentally hearing a conversation between a gangster and his men, and is given only 24 hours to deliver her. He goes through a number of “missions” – from obtaining a gun, to tracking down her location – before he finally encounters, and falls for, the beautiful – and deadly – woman. But when the gangsters start threatening his mother, it’s up to the two to work out a plan to get some bloody revenge. 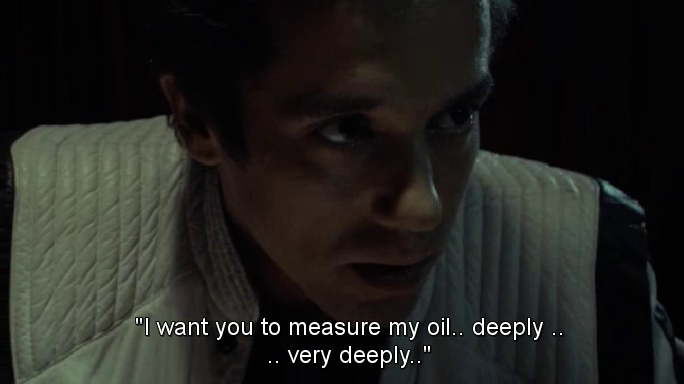 Part of the difficulty here comes from the decision to design the film as a live-action video game in the mold of the GRAND THEFT AUTO series. The action is separated into “missions”, with the various assassins being introduced with a freeze frame that displays their bounty – almost like a score. In fact, in one of the film’s bloodiest scenes a character cuts a swath of carnage as a point counter appears on the screen. It’s all quite amusing, but makes the action feel insubstantive, with the plight of the main characters difficult to take seriously. Watching someone play a video game is ok, but doesn’t quite replace the immersive experience of playing yourself.

This is exacerbated by the broadly drawn characters, whom never get developed beyond the most basic cliches. This is particularly troublesome with Santiago, who is portrayed as rather loathsome and cowardly and never quite makes the transition to likable. While his realistic responses to the craziness that surrounds him make aspects of his character relatable, he’s simply not very fun to watch – and the attempts to show his increased bravery in the final act fall entirely flat. His obsession with the Machine Gun Woman is understandable, but the consummation of their relationship makes him look incredibly foolhardy – and suggests his final decisions are made by his dick, rather than out of some sense of honor. 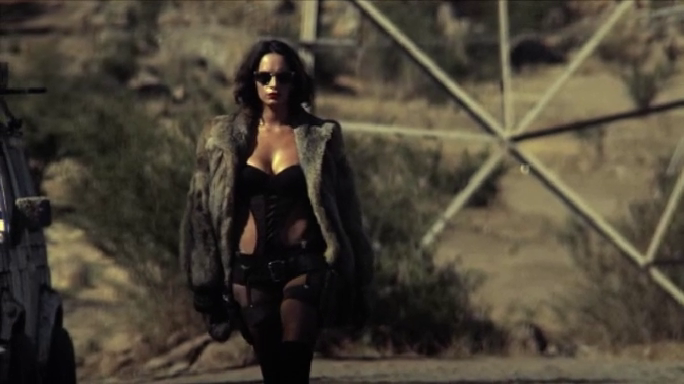 While the title brings to mind Sam Peckinpah’s classic BRING ME THE HEAD OF ALFREDO GARCIA, there’s nothing quite so gritty or alluring here. Espinoza is much more concerned with filling his underworld with over-the-top comic-book characters and dramatic, CG-assisted bloodshed. This is a universe defined by violence, even as it exists among the fringes of reality. While it’s fun when you’re in its midst, it ultimately feels extremely disposable – and never quite gets gonzo enough to be memorable. Promising, but empty.