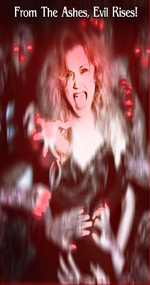 There are a million, billion no-budget zombie movies.

Ok, that might be a slight exaggeration. But there’s a lot. A whole lot. And there’s more coming every year. It’s perhaps a testament to the influence of George Romero and his zombie films that so many decades later the creatures he championed are still clawing and chewing their way into the brains of thousands of aspiring filmmakers. Perhaps it’s because Romero’s original NIGHT OF THE LIVING DEAD was (and remains) such a prime example of what one can do with a little money and a lot of ingenuity. Or maybe it’s just fun to get your friends to slap some goo on their face and walk around with their arms outstretched.

Whatever the reason, with the continued mainstream popularity of zombies – THE WALKING DEAD is the easiest example, with WORLD WAR Z still to come – you might be excused for being a bit burned out (ha!) on the genre. However, as with any extremely popular and overstuffed category of film, it’s success is really all about the originality that you bring to the table. There’s an unlimited number of interesting stories you can tell about the living dead, but since we see a lot of the sames ones over and over, the movies quickly get tiresome.

Thankfully while George Demick’s BURNING DEAD certainly features zombies – and plenty of them – the film stays far enough away from traditional z-word material that it’s able to tell a story that is (wait for it) fairly original. Combine this with some committed performances and an ability to work inside its limitations, and you have an effort that manages to rise above other no-budget living dead efforts. 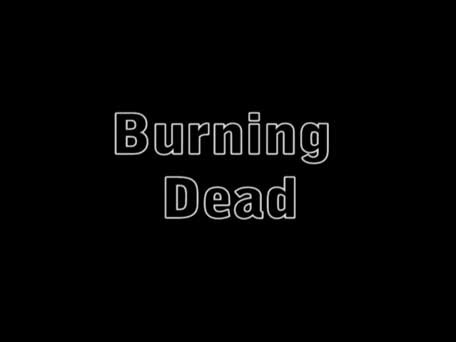 Returning to his home town after a decade away, a guilt-ridden Jim Reed (D. Vincent Ashby) finds himself suffering from nightmares prominently featuring horribly burned zombies blaming him for starting the fire that devastated the town – and killed his parents – when he was a teenager. Even worse, Jim has started to see these visions while awake and worries that he’s starting to lose control – a theory supported by him wandering into his nephew’s bedroom and trying to kill the kid with a hammer. When Shelly, an old flame (ha!), shows up Jim begins to wonder if his dreams might really represent some deeply hidden memories of the fire. His search for the truth leads to some uncomfortable, and supernatural, secrets being revealed.

Much credit for the minor success of Burning Dead must be given to D. Vincent Ashby who, despite some shaky moments, is obviously giving everything he has to make this role work. His Jim is a tormented soul, who has a habit of losing himself in flashbacks and is almost comically solemn when speaking about nightmares or his own disturbed memories. Ashby is asked to perform a lot of dialog – and even occasionally emote – and does so surprisingly professionally with the proper amount of brooding to give the sometimes silly material the proper weight. The supporting cast are also a step above most other shot-on-video efforts, with Jon Russell as Jim’s childhood friend Bill Nash doing a fine job as comic relief. 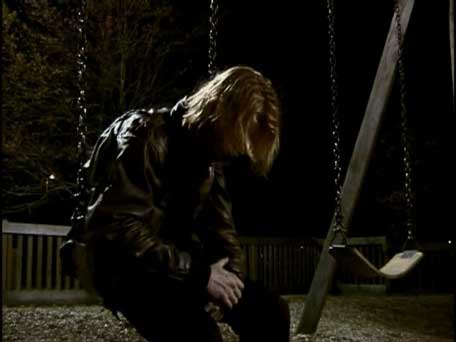 Unfortunately director George Demick doesn’t give Ashby doesn’t have the resources to give these performances as much support as they deserve. While Demick wisely stays away from many visual tricks, his camera work tends to be rather stationary which makes some of the longer dialog scenes interminable. Image quality varies significantly, with daytime shots looking clear while underlit night shots were forcing me to squint to make out any details. There’s plenty of digital artifacting as well, but that could be the result of the mastering of the disc, so I won’t blame Demick (or Director of Photography Tracy C). I will blame him for some bizarre sound issues that pop up throughout where all dialog comes from one audio channel, with background music coming from the other. It’s needlessly distracting, and draws a lot of attention to edits – which are sometimes accompanied with a sudden switch to the sound coming out of both channels.

Still, Demick deserves credit for an often intriguing script which takes a few surprising twists near the end. Much of the first twenty minutes deal with whether Jim’s hallucinations are actually occurring, but the film doesn’t dwell on the suspicions of the people around him, instead focusing on the mystery of how the fire occurred and why Jim is being held responsible. While the actual content isn’t always perfect, it strikes a unique mixture of melodrama and humor that adds up to a rather neat climax. The film certainly doesn’t waste time getting to the end once things start to speed up. 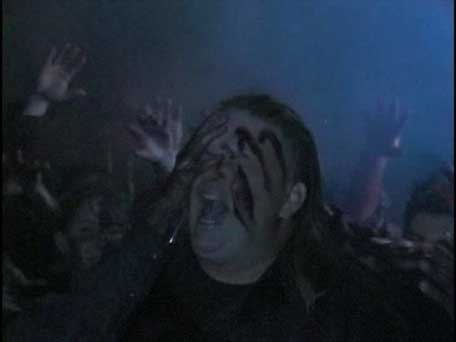 Remember what I said about working within its limitations? Well, that goes for make-up and special effects as well as Demick trades in gore for some decent (and plentiful) zombie make-up and LOTS of fog. The burnt flesh on the zombies actually looks quite good, and while there isn’t much blood to be found, these really are not the gut-munching sort of zombie. There’s only one scene featuring nudity, but it’s actually rather effective – intentionally bringing to mind a rather famous scene from THE SHINING – and it’s a slightly more mature woman is rare enough in films with these sorts of limited resources. 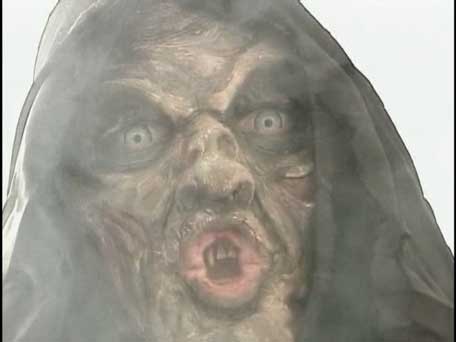 An enjoyable no-budget sorta-zombie film that manages not to tread the same old ground, BURNING DEAD takes an original concept and some willing participants and manages to create a perfectly decent 90 minute horror film. It’s not very scary, but it overcomes its limited budget and production values with some fine atmosphere and some admirable restraint. While nearly completely unknown – even the IMDB page is quite bare-bones – it’s a worthwhile film that refreshingly tries to do something a little different. Worth a watch.

Join us this week for an interview with BURNING DEAD director George Demick.