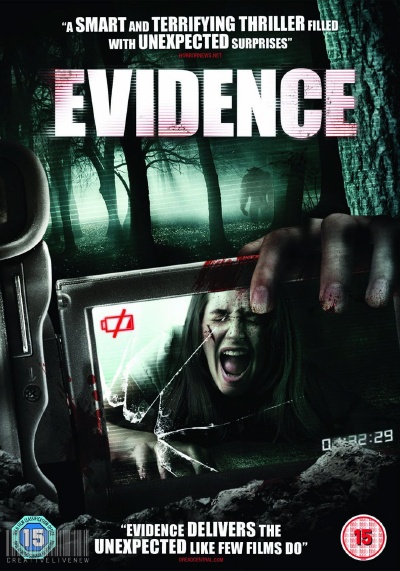 Call me a sucker, but few things (that don’t involve nudity) make me more excited than a rapid change of tone half way through a film. The slow realization that we as the audience have been set up for something much different than expected can make for an exhilarating viewing experience. Perhaps it’s just a result of being constantly spoon-fed story information, or our reliance on increasingly revealing trailers which feel the need to give away major plot twists; but it’s just refreshingly rare to simply not know what could possibly be coming next.

I think back to the first time I saw Takeshi Miike’s AUDITION, without realizing what was to come – a tonal shift that had the potential to go incredibly wrong, but worked so well in that context that it completely overwhelms any other possible flaws the movie might have. While not quite as shocking on a re-watch, you at least get to see some of the gears in motion, which is fascinating in its own right. Howie Askins’ EVIDENCE is structured somewhat similarly. The first half prepares you for a fairly familiar experience, until things rapidly descend into a bleak and nightmarish collage of sound and video in the final thirty minutes that might have squeamish audience members reaching for the Dramamine. 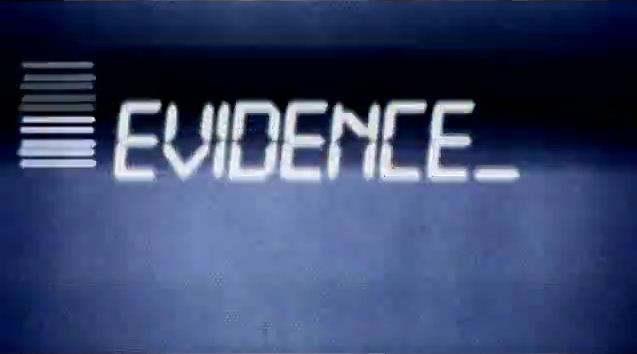 In reality, EVIDENCE has a lot working against it. It’s a “found footage” film – an already exhausted genre – which begins very much in the mold of THE BLAIR WITCH PROJECT. A group of folks in their 20s head into the woods to go camping and shoot a documentary. They almost immediately start bickering, with their anger exasperated by the strange howling noises they start hearing at night. But despite this familiar set-up, things eventually take a turn that introduces some strange science fiction/horror elements that had me thrilled – though occasionally confused.

The film’s biggest flaw is its cast of characters; particularly our four leads who run from bland to distressingly obnoxious, but simply become screaming blood-bags once shit starts to go down. Most irritating is Ryan (writer Ryan McCoy), who crosses the line from annoying to sociopathic as he continues to film despite the obvious irritation to his best friend Brett (Brett Rosenberg), girlfriend Abi (Abigail Richie) and friend Ashley (Ashley Bracken). While we get to spend plenty of time with these young folks in the first half hour, their personalities blend together – though it does take a pleasingly unexpected change in focus once one of the characters goes missing. Still, there’s really no particular reason we should care about these characters aside from them being pleasant and attractive and in a situation well beyond their control. 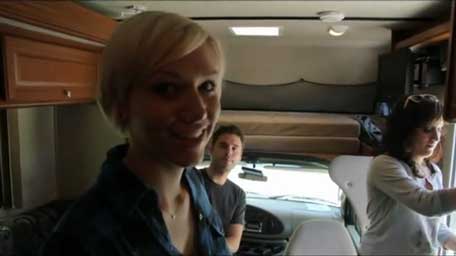 For those used to entries in this genre – particularly single-camera efforts like CLOVERFIELD and DIARY OF THE DEAD – some of the concessions here will seem very familiar. While there is generally a reason to keep the camera on and pointed at the action – it serves as the only light source during the many dark scenes – you’ll still begin wondering just why the characters are continuing to film when things start to get particularly crazy. Thankfully, by the time you start questioning some of the gaps in logic, things are getting so nutty that it’s unlikely to be bothering you. That said, for those who suffer from motion sickness, this has all of the shaky running and jerky camera moves you have come to revile, made even more difficult to handle once the camera starts to regularly glitch out (due to battery drain) in the final twenty minutes. Things eventually devolve into a droning mix of bizarre, mechanical sounds and snippets of video, which is as vomit-inducing as it is effective.

Without giving away too much, there are two elements of the film which go a long way towards making it work. First, are the limited – though very impressive – special effects. Askins’ sharply keeps the creatures (once revealed) in the backgrounds and corners of shots, never quite allowing us to fully grasp the design. There’s some brilliant, old-school deception going on, and it’s very effective. Perhaps even better is the incredible sound design by Mark Hailstone, which mixes mechanical noise with inhuman squeals to make a disconcerting soundscape that is likely to send a chill up your spine. The final thirty minutes are an assault on the senses, but a rewarding one. 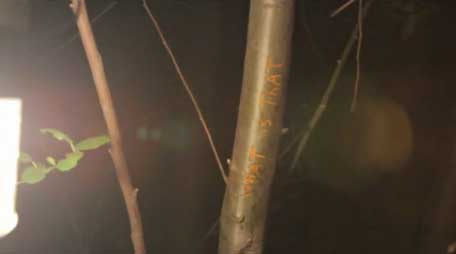 You might get a bit antsy during the first half of EVIDENCE, but I strongly suggest you stick with it. Askins and McCoy have crafted a darkly disturbing and original tale which benefits from a slow setup before embracing some wonderfully demented imagery. Technical specs are top notch, and it’s a shame that most people won’t get to see this in a packed theater, as there are some magnificent jump scares to accompany the feeling of dread. A step above most low-budget horror efforts, and worth seeking out.

Join us this week for my interview with EVIDENCE writer and star Ryan McCoy.