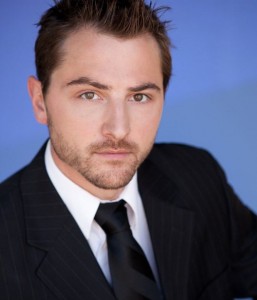 Sweetback (SB): Let’s get the obvious question out of the way first. I love the found footage genre – if you can call it that – but it’s also one that some see as a bit overstuffed. Did you always envision EVIDENCE as a found footage film? And, as you were developing it, what sort of steps did you take to avoid some of the pitfalls that other found footage films have fallen into?

Ryan McCoy (RM): I like what I’ve started to hear people overseas call it: POV movies. I like that better than found footage. Yes, EVIDENCE was always going to be a found footage film. I had just finished watching the first PARANORMAL ACTIVITY on DVD, and said to myself, “I can do that.” The biggest pitfall we wanted to avoid, is what I think every indy found footage flick lacks for me…the ending. I thought the ending of BLAIR WITCH was weak, I think the ending of PA is weak, I wanted to do something that the audience would LITERALLY not see coming.

SB: Your career is sort of unique in that your credited roles have been also written by yourself. I hear a lot of young actors complain about the roles available to them, so was your writing meant to give you more control over the types of parts available, or did you always want to be a deeper part of the creative process?

RM: I just put myself in my movies so I don’t have to deal with real actors! 🙂 Just kidding…with BLACK, it was a very indy, artsy project. At the time, I wasn’t sure exactly what career I wanted to take, behind the camera, or in front. It was definitely a learning experience. With EVIDENCE, I cast myself because all four of us (actors) already knew each other and already had an established rapport. I don’t think the chemistry would have been as good if we brought in some outsider that auditioned for the part. At the end of the day, I don’t want to act. I enjoy writing, producing and someday, directing.

SB: I mention that, because your character in EVIDENCE is.. to put it delicately.. a bit of a dick. In fact, it’s suggested that he might be a full-blown sociopath. Was the character always written in that way? And do you find it more enjoyable to play characters that are a bit more confrontational?

RM: Don’t tell my mom, but I can be a pretty big asshole at times! The character of Ryan, at the beginning, I thought was just going to be an extension of who I am. But, as we developed the story, and the other characters, I got to explore a lot more of a sinister side to the character, which was really fun for me. I like being pissed and a piece of shit on camera. I think I’m pretty good at that. I’m not so sure about the other stuff.

SB: Let’s hop in the delorean for a moment. Where did your love of films and writing develop, and was it always in the cards for you to be an actor?

RM: Probably like 99.9% of all other filmmakers out there…I grew up watching movies, playing in my backyard, making stupid movies as a kid. I took four years of video production in high school (the only class I always got an A in) and then continued my education into college, and beyond. I’m always had a knack for writing my own stories, even as a kid. I bought my first copy of Final Draft back in 1998, and have been writing screenplays ever since.

SB: EVIDENCE begins as a proposed documentary amongst friends, but becomes increasingly stylized as it goes along – before plunging into a nightmarish mix of science fiction and horror in the final thirty minutes. Did the final result closely echo how you envisioned it? Or did some of the choices by director Howie Askins surprise you?

RM: Howie and I had an extremely compatible and supportive relationship working on EVIDENCE. We both knew we were going to break the rules of the found footage genre. I never really envisioned the final product looking like it does. I’m extremely proud of it, and I owe a LOT of it to Howie. He brought a whole new level of experience and expertise, that I don’t think I could have found otherwise. 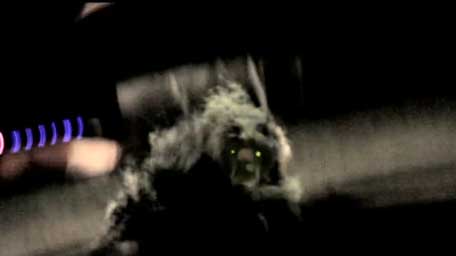 SB: It seems many reviewers compare the final results to [REC], and even George Romero’s legendary zombie films. Were these conscious influences when developing EVIDENCE?

RM: Yes, and no. I mean, [REC] 2 hadn’t even been released when we were filming those ending credits. However, we do play a lot of Modern Warfare, and thought it would be cool to get a sort of first-person shooter style into the movie somehow.

SB: While things open up a bit in the second half, the first 45 minutes of the film feature only yourself and the three other leads. What was it like working with Brett Rosenberg, Abigail Richie and Ashley Bracken? Do you have to seperate yourself from your role as a writer once actually in front of the camera? I can imagine when changes and tweaks occur, it might get rather frustrating.

RM: It was great in the sense, when something written in the script just didn’t sound right, we could all pitch different ideas around, and see what worked and what didn’t. The worst part, was putting my producer hat on, and say, dealing with the property owner of the location, saying that we had to wrap it up, then having to run back and do a scene where I’m supposed to be crying, then running back and asking for just ten more minutes, and so on. Don’t think I would like to be doing that again!

SB: I don’t think it’s much of a spoiler to reveal that there is a creature (or creatures) that the group of campers first hear, and then eventually see pursuing them. The final design is absolutely outstanding, and hidden in a way that really takes advantage of the audiences’ imagination. How did you originally envision the creatures in the film, and how did that compare to the final result?

RM: I kind of had the idea in my head, of something that looked like it could go from looking like a creature, to possibly some guy in disguise, and move in a very menacing way. Once we had the suit performers, come in, they started doing sketches and trying out different things, and ultimately, we got to something that looked pretty cool, as long as it wasn’t fully revealed in broad daylight, or anything like that. The performers themselves, Ben Bayouth, and Scott Dawson, gave an amazing performance in those suits as well. A ton of credit goes to them.

SB: The thing that kept hitting me over the head while watching EVIDENCE is how it really feels like a film that would work incredibly on the big screen in a crowded theater of people who have no idea what’s coming. Does it frustrate you that most viewers will only get a chance to see the film at home, or do you simply accept that as a reality of working on low-budget productions?

RM: Hey, everybody wants their movie to open in 3,000 screens across the country with a promotional budget of $100 million and get theaters packed. But, I’m going to be realistic about things. It’s my first movie, virtually. I’m happy ANYBODY saw it! We are still working on a domestic deal, so who knows, maybe somebody will come in and swoop us up and show it to the rest of the world. Until then, I’m just happy everytime I get one person saying the movie kicked ass. It puts a smile on my face.

SB: What’s coming up next for you? You’re obviously busy getting EVIDENCE out there, but have any writing/acting projects in the pipeline?

RM: Yes. I have one script, that is a bigger budgeted, post-apocalyptic action/horror that is sitting on some executives’ desks somewhere, waiting to get read. I’m heading into pre-production on another film with Howie directing again. It’s a smaller, more contained, thriller. And then, there’s always EVIDENCE 2! I have an outline for that one ready to go. I just would like to see how far the first one goes.

SB: For those interested in EVIDENCE – and they should be – what’s the best way for them to check it out?

RM: Become a fan on Facebook, post blogs about it, talk about it on IMDB, write a letter to your congressman, whatever it takes, man. We should be having some more goodies coming out for it in the next couple of weeks, so just stay glued to your computer screen, and I’m sure you’ll see something about it.

SB: Thanks so much for taking the time, Ryan. Loved EVIDENCE, and hope it – and yourself – find continued success.

RM: Thanks so much for the questions! I can’t wait to see the review!