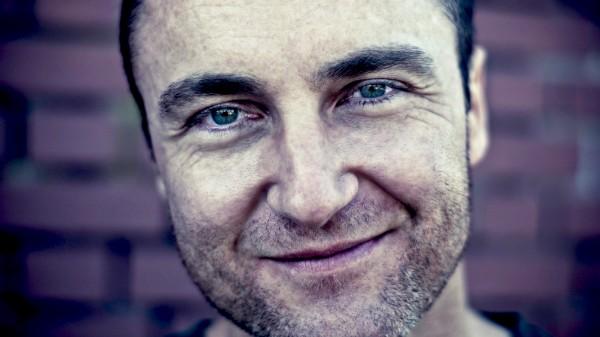 Sweetback (SB): At its heart, THE END is one big joke on both the protagonist and the viewer. What sort of films (or other works) influenced the darkly humorous tone of the film?


Cam McHarg (CM): As far as influential films go in relation to this short, I would probably have to cite several of them that sort of stand out off of the top of my head. NO COUNTRY FOR OLD MEN is definitely one of them. I think that’s literally a flawless film. I try to never forget the feeling that I had both watching that movie, and how I felt at the very end. In addition to the dread, the tension, and the dark comic tones that the Coen Bros are geniuses at, it also was full of strong existentialist themes, which I find fascinating and even somehow refreshing in movies for some reason. Another strong influence for many of the same reasons for me is BLOOD SIMPLE. I’m obviously a huge fan of the Coen Bros. I’ve also recently come to realize that watching and loving John Landis movies as a kid has had a big impact on me now. I think that AN AMERICAN WEREWOLF IN LONDON was a masterwork of dark humor, for example. I think the spirit of that movie was probably infused in my film a bit as well.

SB: It’s also a film that relies heavily on its lead performance to produce sympathy, and to also drive the “punchline” home. Talk about working with Cris D’Annunzio, and the intensity that he brought to the lead.

CM: I think that the best actors are both extremely sensitive as well as highly intelligent, among other things. Cris D’Annunzio has both of those qualities. We’ve known each other for years. We were both in the same theater company that did work at the Los Angeles Theater Center in downtown LA. We sort of prepared together by hanging out a few times for a couple of months in advance, and really opening up about everything. We really built a deep trust, I think. I think that’s crucial, because a good actor really sort of hangs their souls out there for you to take care of, and I take that very seriously. He prepared in a very intense and specific way which really impressed me, but I respect actors and their process, so I’d rather leave it up to him to speak about it or not. I think his work shows, though. I was really proud of his work, and I hope that it gets him the attention that he deserves for it.

SB: Speaking of acting; you’ve had some significant experience in that field yourself. How does that familiarity with the process affect how you direct actors?

CM: I really love actors, and working with them is the single most enjoyable thing for me when I direct. So many directors are afraid of actors, and they don’t seem to understand or respect what it is exactly that they’re doing, or what they need to do to get there. Whenever I hear another director make fun of actors or treat them like puppets, it really makes me want to punch them in the throat. I hate that. To me, they are what it’s essentially all about in the end. So, yes… I think that my being an actor myself makes a big impact on how I work with other actors. Everyone has their own way, though. Basically, I think it’s about finding what that is as soon as possible, and getting out of the way. I have to admit that I’m much more attracted to really selfless actors who really dive into it to serve the character and the story, and not to worry at all about how they may be perceived. I certainly don’t, and will never judge them, and I feel that it’s my responsibility to make them know that they truly are safe with me and on my set. I’m very private with my direction whenever I may give it. I always stop between takes and talk to them quietly one on one. I never yell anything out publicly. I think it’s all a very intimate undertaking. I love it.

SB: Perhaps the most immediately striking thing about THE END is its accomplished visual effects. Did you have any reservations regarding how these initial shots would turn out, or did you have full confidence in (Visual Effects Supervisor) Alessandro Schiassi from the beginning?

CM: I actually had absolute confidence not only in my VFX Supervisor, Alessandro Schiassi, but also in VFX artists Marc-André Gray, and in Chris Hunt. All three of these guys are extraordinarily talented in addition to being just so nice and great to work with. Alessandro supervised and was responsible for several effects in the film such as the train sequence, the gunshot, and the final zoom shot at the end. Marc had a really crucial responsibility. He created the final asteroid impact. This shot had to be done well to sell the entire film. In a way, it really depended upon him, and he came through in a big way, and pretty much did exactly what we had on our boards. I also have to give my respects to Ben Freer from Eleven Sound in Santa Monica. He created the sound effects for all of this, and he had a massive impact on the film as well. Marc actually referred Chris Hunt to me. Chris created the fantastic opening sequence. Chris also basically created basically exactly what I had described. This shot was also brought to life by the incredible original music composed by Aaron Jaffe. This was not easy to convey what I wanted, but he really nailed it. Their work together really created the sense of darkness, loneliness, and alienation that I was looking for. These are all busy guys, and they all believed in this production, and I can’t recommend all of them any more highly. They’re amazing, and everyone of them is advancing very rapidly in their fields.

SB: What’s the next step for THE END? Is it currently touring festivals, or is the hope to get as many eyes as possible seeing the final product?

CM: Both. It has been submitted to a good handful of festivals coming up over the next year. It has screened only at Bornshorts in Denmark so far. It was a tough decision for me, because the VFX guys were all working on major Hollywood films, and they worked on my film in their spare time, so we went over our desired timeframe and missed a lot of big festival deadline that I really wanted to be a part of. Most festivals with the exception of a few major ones like Berlin, Tribeca, and Venice, will accept short films that are already online, so I decided to go ahead and put it out there. It ended up becoming a Vimeo staff pic that weekend, and it really kind of snowballed from there. Curiously, so far it hasn’t really got much traction on YouTube, but it has been very popular on Vimeo, and has been featured by Shots magazine, The Reel, and Trigger Street to name a few so far. Really for me, the most important thing is to get as many eyeballs on it as possible, and I honestly don’t think that festivals are necessary to do that anymore.

SB: And what’s coming up for you? Is the plan to tackle more short films, or are you eventually looking to take on a feature? And for those interested in your work and wanting to know what you’re up to, what’s the best way to do do?

CM: I’ve made a few short films now, and I’ve never been happy with them until I made THE END. This was the first short that I’ve made that was pretty damn close to what I had in my mind. I can’t ask for more than that. Every short was a big learning process, and there were always little disasters to overcome. I always said that I didn’t plan to make another short, and I’ll say that again now, but I guess everything is always a big maybe for me.

I welcome people to follow me on my Vimeo page.
My vimeo page has links posted to my blog, my twitter, and everything else there as well.
I actually have several ways to keep in touch, and I enjoy the contact. I always thought it was really douchie when people don’t respond to messages or comments, and I always try to answer everything eventually. I actually think it’s fun.

CM: I don’t really have anything to plug at the moment, but I’m currently writing two different low budget features. I actually already have an early facebook page for one of them. It’s called “Monroe Log”.   The second feature is sort of a modern western involving the Mexican drug cartel with sort of an early 70’s feel. It’s called “Sitiado” (Besieged). Follow me on my links above to see where all of that goes!

SB: And, finally, any advice for young and inexperienced film-makers who are looking to make polished, professional looking work on a limited budget?

CM: New filmmakers are making the most professional and creatively mind-blowing movies hand over fist right now. Just go take a look at the Vimeo Staff Picks section every day. It’s really kind of amazing. I think that quality SLR cameras have really been the game changer. It’s really more possible to make great little movies for very little now than ever before. I guess my best advice would be to really embrace collaboration. That’s actually the best thing that you can get from film school – creating relationships with great artists who want to work together. If you have a strong concept and you can sell your dream as a mutual project to showcase everyone and their strengths, then you all have something to believe in and fight for, and hopefully you can all make something to be proud of. You can do it all yourself, but I think you will probably sell yourself short. Bring great people together for a great mutual project, give everyone direction, and then allow everyone to work their magic and bring their personal genius and creativity to the table. To me, it’s really about surrounding yourself with awesome people all across the board, which is what I was lucky enough to be able to do, and I can’t wait to do it again.

Good talking with you.