I’ve been lucky enough to interview quite a number of low-budget film-makers, actors and writers in this column, and I’ve made it a habit of asking them if they have any advice for young directors trying to make their mark. Here is a selection of some of the answers and advice that they’ve given.

Fabian Rush – Director of SO MORT IT BE, PANTHEON BLACK

One – Do not wear all the hats when making your film. For both SMIB and PB I was writer, director, producer, DP, Gaffer, and actor. While this gave me an appreciation for each of these key roles it also made me feel like a homicidal maniac and put the weight of the world on my shoulders. If you have friends that have the same passion you do, put them to work, and focus on doing a few things well rather than a bunch of things poorly.

Two – Work with dedicated people you can trust.

Three – Make sure you’re having fun and learning so that in the highly likely event you do not get a distributor you can still recall great memories with close friends and not consider suicide due to the amount of time and money you lost… teehee, I’m emotionally stable.

Finally, expect that your production will cost more and go longer than you initially expect. Better to be on the safe side when you’re estimating these things. Oh yeah, most importantly, make the film for you, not the audience. That’s different from what most people in the industry will say. But I say it because at the end of the day, your audience will devote at most 2 hours to your film while you will agonize over it for years… Make it worth it!

Mark Colegrove – Director of ISLE OF THE DAMNED,

There’s a lot more avenues popping up every day to have your work seen, so we’ve all got that going for us. The marketing is just as important as making the film itself, so never assume that your work’s done when the film is. Unless you don’t want people to see it anyways. Supposedly you’re supposed to set half your budget aside to market your flick.

Mark Leake – Writer of ISLE OF THE DAMNED

First off, do whatever it is that you want to do, because when it comes from your heart than no matter what the outcome there’s some satisfaction to be had, so in ten years from now when your jerking-off into the mayo at the fast food establishment at which you will inevitably work at, you can always find a smile, especially two hours later when you watch those fat bastards, who treat you like shit, unknowingly eat your sperm. Plus, no audience is too small, and no review is unimportant. Lastly, do it yourself. Don’t expect the great distributor to fall from the sky and recognize your brilliance. That type of lazy expectation makes Sheiza porn stars, not Indie gems. 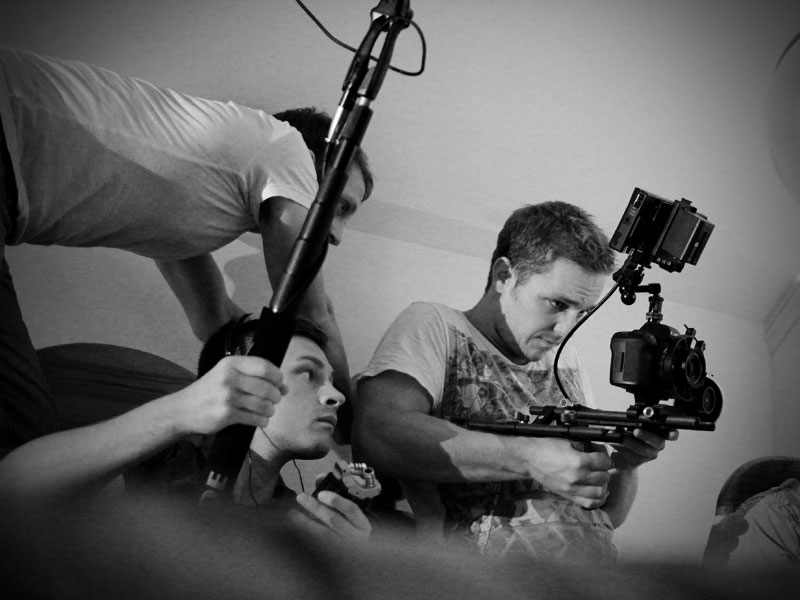 Chris Schwartz – Director and Writer of THE CRAWLSPACE, CONTAINMENT, NINE-11

I could write books and books on film-making. Not that I’m any authority or anything, but I’ve made and studied enough films to know where I’m lacking technically and almost anything could be fixed with time and money. As far as the artistic aspect, it’s all subjective. Once you hit a certain quality-mark, everything else in your film will be judged on personal opinion. But to start out, I would recommend making a 5-minute film 10 times. And yes, the SAME 5-minute film. Each round let people comment on it and compare it to some Hollywood films and see where you’re lacking. Then go back and make that same 5-minute film again, but make some changes in the set, angles, acting, sound, etc.. See how long it takes you before you have a first-rate short film. By the time you’re done, you might even have developed some kind of style that you really like. Or maybe you noticed that your first instinct was the best and your subsequent takes got progressively worse as you tried to think through it.

I spent forever making excuses as to why I couldn’t make films, but a lot of that was probably just procrastination. In the end, all you need is an idea and a camera. You can shoot it on your mobile device if need be! No one will take you seriously as a filmmaker if you have nothing to show, so just get there and do it, and learn from your mistakes. In the end you’ll be better off for it and it’s a good way to kickstart your career and get it going in the right direction.

Brett Kelly – Director of PIRATES: QUEST FOR SNAKE ISLAND, MY FAIR ZOMBIE and many more.

Make shorts privately and learn your craft. It’s very tempting to put everything you make on youtube, but if you wait until you can dazzle everyone with your honed skills- you will knock the world on their asses. Be patient, learn your craft. 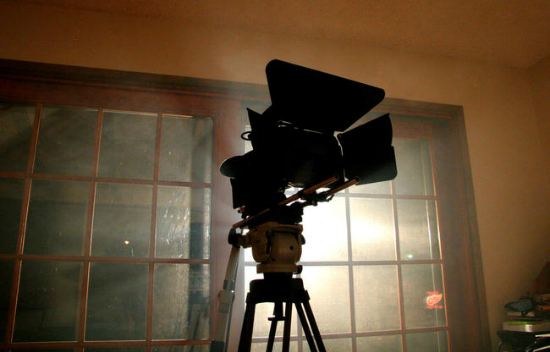 Scott Phillips – Director of CROWBAR: THE KILLINGS OF WENDELL GRAVES

People will tell you your script sucks, your ideas suck, your movie sucks, you don’t have any money, there’s no way you can pull this off. And they may be right, but what sucks even worse is regret. Don’t shelf your film because someone else told you you shouldn’t waste your time on it. Would you rather watch your movie in your head for the next 20 years? Or would you rather have a DVD that you worked your ass off to finish. The people who tell you not to make your movie are distractions. But you are a filmmaker.

Think about it, plan it, don’t rush out and shoot anything, make the story as strong and as watertight as possible, that’s the keystone. Cast are so important, they really are, cast well, screen test people, talk to them, make sure they’re right. Technically of course it’s much easier with the exciting abundance of digital technology, the DSLR shooting has given us great looking video for a decent price, however isn’t a solution, tools are tools but we really have the tools to shoot cheaply now.

1. Become well rounded. It’s not enough to only know how to act or write or work a camera. You need to learn how movies are made in every aspect. And you need to know more than just production as well. Pre and Post are almost more important. You need to know how to get your film seen and how to talk to distributors and then how to market. You need a plan.

2. It’s going to be hard and it’s going to be a long haul but that’s why you need the initiative to keep going. It’s easy to get bored with something after a while. Don’t let that stop you.

3. You will hit walls. Plow through them. It’s easy to stop and say, “I can’t because of blank”. Don’t present problems, present solutions.

4. Learn. Listen to every bit of advice, even if you don’t agree with it, and take it into consideration.

5. Time is money so plan ahead. Do not just go grab a camera and start shooting.

Become a charming son-of-a-bitch and make many new friends. Everything you need to make your film is out there in either the talents or skills of an individual or in something they can share such as a prop or location. Before you can draw on this resource, it’s best to foster some good will on your behalf. Helping on someone else’s project is a good way to meet actors and technicians. Offering to provide free videography for civic events involves you in a community that often has several location and man power assets. Heck, even if your new friends can neither cast or crew, nor provide a location or prop, it’s always great to have people who speak well of you to others who may hold those resources. 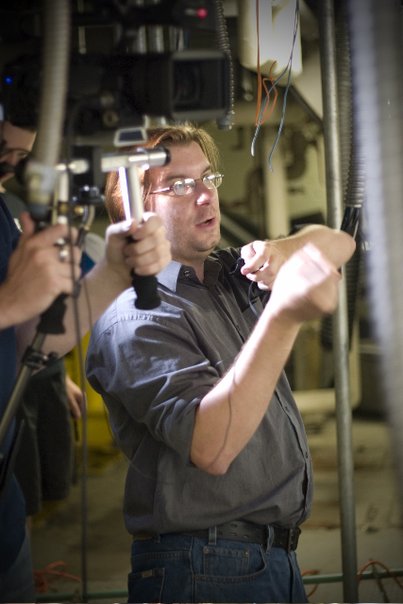 Take your time and don’t cut corners. That takes a lot of patience but you only get one time to make a first impression. If it takes a few extra months to get the right budget, wait and save. Don’t rush and make sure you have a good script because everything relies on that. Let others, who aren’t friends and family, critique the script and the film. Get as an experienced crew and cast the best you can. You must have a good team. Finally, study the craft of film-making. You don’t have to go to film school but study it some way through internships, books online or working for free on set.

Make movies. There are no more excuses. Get a job, save your money, buy the equipment. It is not out of your reach. Don’t talk about making movies… make them!

My advice is to just make movies. With the advanced technology available at our fingertips (cameras, editing software, visual effects, etc.), pretty much anyone can make a movie these days. If you want to start small and make shorts, that’s a great way to cut your teeth for little to no money. If you want to jump into the deep end and make a feature, that’s great too. I know many filmmakers who have made $5,000 (or less) feature films. And don’t forget… Once you’ve made your opus, submit it to the NEW ORLEANS HORROR FILM FESTIVAL!

I once spent two hours on the phone with Mink Stole (star of all of John Waters’ films), and she gave me this advice: LEAVE YOUR HOUSE. Not only will you see and experience things, you’ll meet people. Aspiring film-makers are often full of excuses as to why they haven’t made anything, and a typical gripe is they can’t find any actors. Go to shows, go to plays, go to art galleries, go to book stores, conventions, coffee shops, open mics, skate parks, anywhere interesting people might be. Just don’t be a fucking creep.

SHOOT SOMETHING, and shoot it on anything. Do not get all caught up in what kind of gear you think you need, because you don’t need it. Most people carry a video camera with them at all times – they’re called smart phones. And most of them shoot better quality footage than the camera I used to make my first feature years ago. I cannot stress enough the value of learning how to compose a shot and edit what you did. Even if you can only shoot pictures and not video, go do that and put a story together. Put someone or something in front of your lens and MAKE A MOVIE.

Then make another movie. And another. The biggest obstacle artists face is fear of failure. But if you’re fucking up, that means you’re out there trying, and that puts you light years ahead of those people who are sitting in their mom’s basement bitching about movies on the internet. Remember there is no one else like you in the whole world, your point of view is unique, and your stories need to be told. You’re a snowflake. A dirty, sexy snowflake.