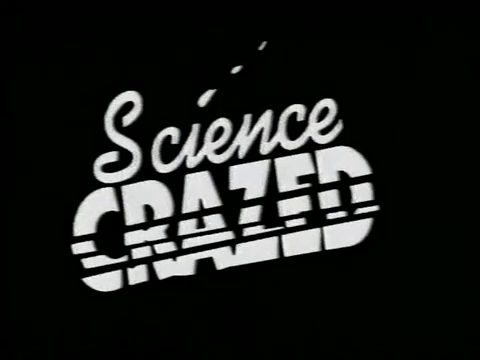 You have never, ever seen anything like SCIENCE CRAZED. I promise you.
Even calling it a “movie” lumps it in with an art form that it only tangentially resembles. Lensed in 1987, Ron Switzer’s one and only horror opus obviously comes from a place of real genre love, and its skeletal structure resembles the films it’s trying to ape. A mad scientist injects a woman with a serum that makes her give birth to a fully grown “fiend” that slowly (slowly. slowly. slowly.) stalks and kills a variety of people in hallway-accessible locations. Simple enough, right? But in practice things start out a bit pear shaped, and then just get stranger and more surreal. Thirty minutes in, and you might start wondering about Switzer’s mental state. An hour in, and you’ll certainly be worried about your own. 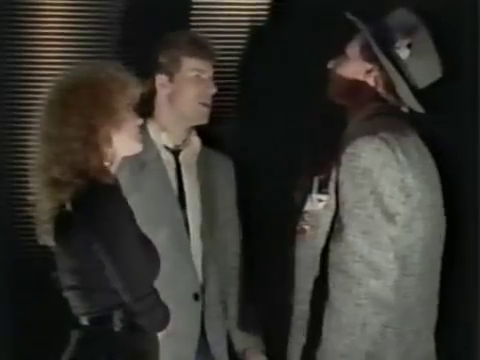 First, everyone is dubbed. This isn’t anything new for exploitation film fans, but it’s HOW the characters are dubbed which will give you pause. The voices are prevailingly stilted and robotic, like the actors in question were reading the lines for the first time in a dark room from a smudged legal pad. Some of the leads take on bizarre vocal affectations, suggesting that we’re not supposed to take the proceedings too seriously. But everything else is played entirely straight, though concepts like “tone” and “pacing” will soon be twisted and morphed into something entirely unrecognizable before all is said and done.

And then there’s the editing. My GOD, the editing. Since SCIENCE CRAZED runs a hefty 83 minutes – but has a minimum of plot – it requires a certain amount of padding in order to reach what could generously be referred to as “feature” length. In normal films, this is done by adding extra scenes or a bit of exposition here and there. But SCIENCE CRAZED isn’t normal. Take the simple scene of two woman being hunted by the crazed “fiend” while they do aerobics and work out on some gym equipment. It’s a simple concept: show the women working out, and cut to the creature slowly walking through a hall towards them. Cut back and forth a few times until the creature arrives at its destination. Have some sort of horrific confrontation. Horror directing 101. 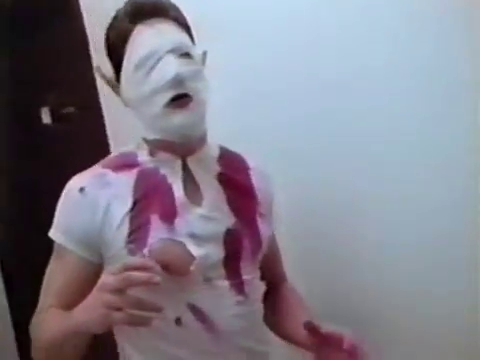 But not here. Nope. This scene takes a full NINE minutes. Endless scenes of the two women doing stretches and kicks. The same close-up of the creature’s feet as it lumbers through a hall. Repeated. For NINE minutes. Of course, the women have no idea that the creature is approaching – or that he even exists – and we get no sense of how close or far away the monster even is, so no tension builds. At all. It’s just women doing aerobics. There’s a brief moment where Switzer gets the inspired idea to do a close-up of one of the women’s asses, which suggests that perhaps this scene is supposed to be titillating. I’ve had dental surgery that was more erotic. When the creature finally arrives, he’s never seen actually interacting with the women – it just cuts to rapid edits of the hallway while we hear what are likely supposed to be the sounds of the creature attacking. In all, this might be a strong contender for being the most baffling scene in the history of cinema.

And this is just one nine-minute sequence. What follows is scene after scene of characters endlessly staring, the fiend dragging himself through the exact same hall, and occasional bits of exposition that go absolutely nowhere. Nothing makes sense, and spacial continuity goes entirely out the window. Perhaps the most famous – if you can call it that – moment of the film involves an unnamed woman sitting at a desk and slowly writing down a lengthy list of countries in which to test nerve gas. All you can do is sit helplessly as this ostensibly pointless, aimless scene just goes on forever, with the events never tying back into the plot in any recognizable way. It’s not even substantive enough to be called filler. It’s just.. there. Another big question mark in a film full of them.

And is this complete mess of a film still entertaining? No! It’s not! It’s awful, and tedious. But, it’s also absolutely fascinating. It’s like an experiment in patience. Line up five friends and sit them down in front of this thing. Time how long it takes for them to walk out or go mad. But unlike some of the true awful films covered in this column – HIP HOP LOCOS being chief among them – I’ll likely be revisiting SCIENCE CRAZED many times in the future. Not (solely) to laugh at it, but instead to try and unlock its secrets and experience its inept charms once again. A must see.

Check out the latest NO-BUDGET NIGHTMARES podcast on SCIENCE CRAZED