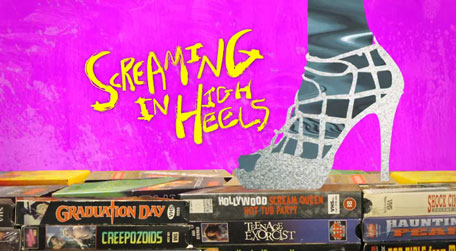 I’m not a fan of the scream queen phenomenon.

Yes, of course I love Jamie Lee Curtis. And Barbara Crampton. And Fay Wray. I adore any number of actresses best known for their horror work, but it’s the work itself which draws my interest, even if them appearing acts as an added bonus. Perhaps as a teenager I’d specifically track down films by a certain actor (*cough* Bruce Campbell *cough*) regardless of the movie’s quality, but as an adult I find myself more skeptical of the appeal of a lot of films which rely so heavily on wrapping a weak plot around abundant nudity and rubber monsters. I mean, I’ll still *watch* them (I’m only human), but I find the simple pleasures harder to grasp. But Jason Paul Collum makes a fine argument that three key horror starlets of the 1980s and early 90s; Linnea Quigley, Brinke Stevens and Michelle Bauer, belong in a vastly different category than the endless, faceless females whose job was to get butchered onscreen in the early days of straight-to-VHS features. 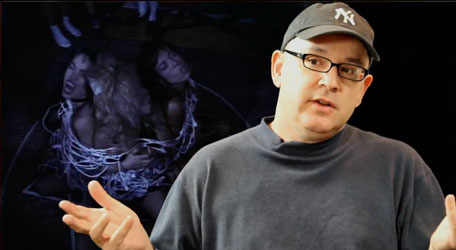 Through interviews with 80s schlock luminaries like Fred Olen Ray and no-budget nightmares demi-God David DeCoteau – as well as the actresses themselves – a colorful, though vague, sense of their importance and fame starts to shine through. It helps that they have dramatically different personalities and approaches to their noteriety: Brinke Stevens comes from an educated background, and takes more of an intellectual – if not almost feminist – approach to her minor renown  Linnea Quigley seems more fun-loving, and still looks all the world like the “rocker chick” she played in any number of films. While Michelle Bauer actually comes off as a bit sad, if not a little embarrassed at what friends and family might think of her past. Of course, Bauer also had a memorable career in pornography (which isn’t touched on in the film) which might contribute to her occasional weariness.

All three are rather spirited and delightful when talking about their careers, and the interviews are spiced up with a ton of great film clips from their impressive low-budget filmographies. Collum (who has helmed a number of gay-themed horror films) himself pops up as an interviewee to add a little historic perspective, and we even get a few brief clips of ROBOT NINJA to appeal directly to me. In fact, it’s this historical aspect which I found most interesting, as (obviously) the fall of drive-ins and the beginning of the straight-to-video era of Fred Olen Ray and Jim Wynorski; with the eventual evolution(?) towards shot-on-video features and softcore parodies, is something I’m extremely interested in. It’s still a story that I think is worth being told. 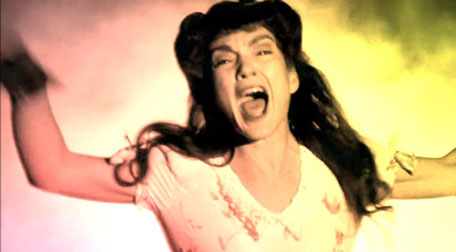 It’s all plenty of fun for fans of late 80s video schlock, and the three stars remain charming and gracious regarding their success. All are quite open and honest about their motivations for getting into the business, and the brief biographical information is a nice touch; and it helps that all three seem to have a healthy sense of humor about their work. It doesn’t take a very hard look at some of the more sleazy or distressing elements of the screen queen phenomenon as a whole, but it provides a light, breezy and fast-paced overview of an under-appreciated era of film-making.  Worth checking out, and a must-see for fans of the three actresses.

Join me soon (hopefully!) for an interview with SCREAMING IN HIGH HEELS director Jason Paul Collum.