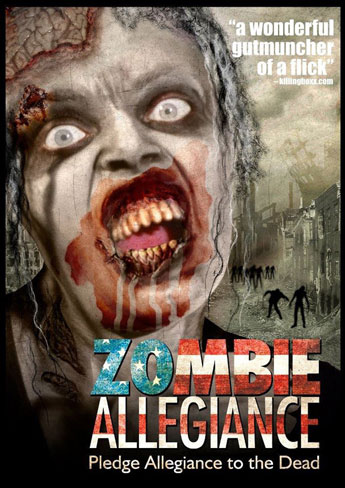 The reason that zombies have been such a popular – and enduring – movie monster has everything to do with their flexibility. They can shamble, walk, or run; can be elaborately rotting or just a group of people in blue face paint; can represent consumerism, communism, the military, democrats, republicans, disease, and anything in between. They are us, and something completely alien. Zombie films can be filled with subtext, or mentally barren; can be horror, romance, drama or comedy. We may say that we’ve overdosed on the genre, but there are infinite stories to tell, and audiences are still clamoring for more.

With those nearly endless possibilities, it’s unfortunate that most no-budget zombie films – of which there are MANY – tend to drop the subtext entirely, focusing instead on gory attacks by George Romero-style masses of the undead. Of course, there’s plenty of fun to be had with this approach to zombie film-making, but it’s always going to be difficult to compete with the special effects budgets of major features. It makes more sense to pour resources into writing, and attempt to create something original and interesting that can explore themes that major motion pictures would never touch. Tony Nunes’ ZOMBIE ALLEGIANCE takes an explicitly political approach to the zombies, and – like the best zombie films – is as much about humanities’ reaction to the creatures and how we cope during a crisis as it is about the creatures themselves. 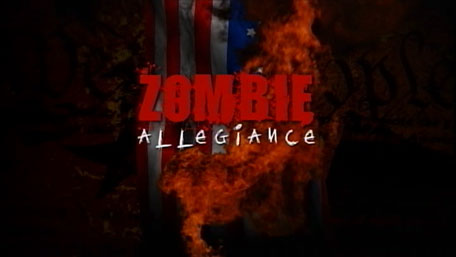 While the details are intentionally shaky, ZOMBIE ALLEGIANCE takes place in a post-apocalyptic United States which has been rocked by nuclear war and a follow-up biological attack that has caused the flesh-hungry dead to return to life. Saul (a terrific Rich Tretheway) has survived by living on a secluded farm with his friend George (Andre Boudreau), but the loss of his family has driven George loopy and he has taken to thinking he’s actually the President of the United States. Aside from that oddness, things stay rather serene at the farm until the two are visited by a group of bickering twenty-somethings who are awfully curious why Saul and George have a collection of zombies chained up in the barn.

There’s a danger in making a horror film that is overtly political. Works like Romero’s LAND OF THE DEAD and Joe Dante’s MASTERS OF HORROR episode HOMECOMING get bogged down in their message to the detriment of the plot, and while ZOMBIE ALLEGIANCE often falls into this trap – as well as relying heavily on pretentious dialogue – it thankfully abandons much of the heavy-handed moralizing in its second half. As in the best zombie films, the actual creatures take a back-seat to the relationships of the main characters, and while most are rather one-dimensional – particularly the bickering left-wing radical and right-wing Christian – the relationships at least generally make sense. 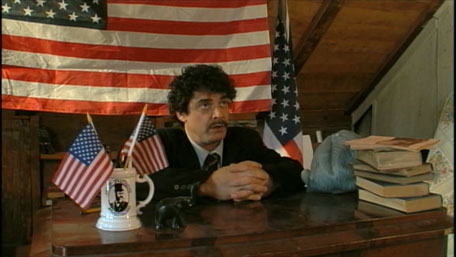 While the politics of ZOMBIE ALLEGIANCE isn’t particularly dated – the division between Republicans and Democrats in the United States is as volatile as it’s ever been – it does feel very much like a film written in the George W. Bush era. In fact, considering that trailers initially began to appear in 2008 (and “George” is initially shown wearing a Bush mask), it’s likely that this film was devised in the later part of Bush’s presidency, with all the inherent fear, anger and distrust that was floating around at that time. While the criticisms and commentary still work, the climax of the film – which I won’t spoil here – feels like a remnant of that era.

Much of the material works because Nunes has assembled a talented cast, many of whom have low-budget movie-making experience. I have mentioned Rich Tretheway, who gives a standout performance as the capable and secretive Saul, but Andre Boudreau does some great work in a role that requires a mixture of emotions and plenty of difficult dialogue. He hits some sour notes –  and it’s rather hard to believe that he’s left to his own devices after a certain incident is revealed – but he’s definitely fun to watch. Brandon Luis Aponte is a bit stiff as former police officer Josh, but does a perfectly fine job as the audience surrogate. 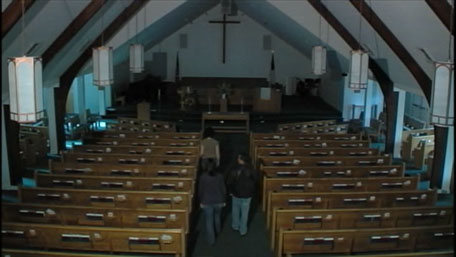 It also looks really surprisingly good for a first feature, with Nunes keeping an eye on composition, and technical specs being solid all the way through. Considering how often we run into major sound issues on low-budget features it’s refreshing to see attention to these details. The zombies look fine, though are indistinguishable, and there are flashes of gore and entrails munching for those who require those sorts of things. There’s also a surprising amount of nudity considering the ultra low-budget. 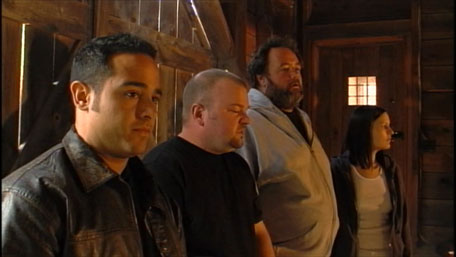 While ZOMBIE ALLEGIANCE doesn’t re-write the rules of zombie films, it manages to competently tell a compelling post-apocalyptic tale with some political commentary thrown in for good measure. While the writing occasionally gets bogged down in platitudes, a strong cast overcomes these limitations and the director provides solid technical support. It doesn’t reach its full potential, but it’s still an impressive debut and smartly tries to do something different with the overstuffed genre. Worth a watch.