SPOILERS ABOUND IN THIS REVIEW!

Season Eight of The Walking Dead premiered tonight, with sights set on honoring 100 episodes and rolling out all-out war. Cast and crew promised the biggest, most action packed season to date. What was delivered was an all-out snore, and more of the same lazy storytelling from The Walking Dead.

The episode kicks off with shots of characters reflecting on fallen comrades, while Rick Grimes is beginning to rally the troops for another impossible fight. This is reminiscent of other previous encounters the group from the Sanctuary has had, and it did little to entice the audience of the battle to come. 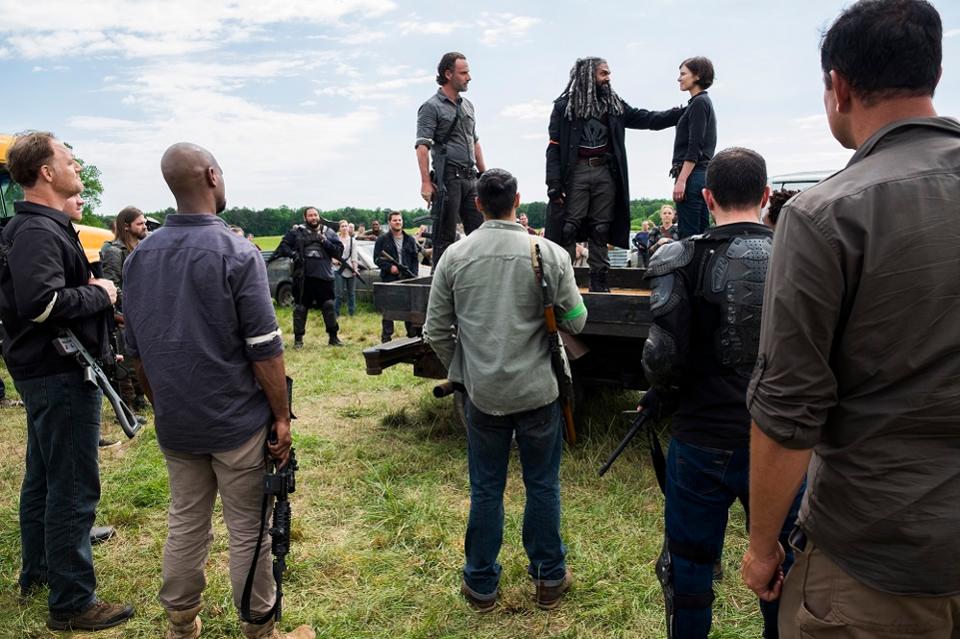 In the build-up to the encounter, Rick and company are seen dispatching lookouts and lieutenants of Negan’s by going down a list and taking out the big bad’s eyes and ears. This leads to the group rendezvousing before springing their master plan to action. The next scene was by far the worst of the episode (worse than the explosion CGI seen previously in the episode). The camera pans into the field at sunrise as all our groups meet each other, and this is shown through interactions with peripheral characters. Some minor characters reassure the others they will fight for them, even though they don’t know them, another survivor is seen trying to pray as he is approached, and finally Jerry is seen giving Ingrid some hockey pads. This scene could have worked to start the season as we are checking in on side characters after a long time off, but the problem is I find myself not caring about any of the characters showed, and the character moments felt forced rather than earned. Shooting and budget restrictions with the 16-episode order have produced more bottle episodes on side characters, but most have felt like misses, making what could be a gratifying union of heroes together to random co-workers thrown into a mishmash. 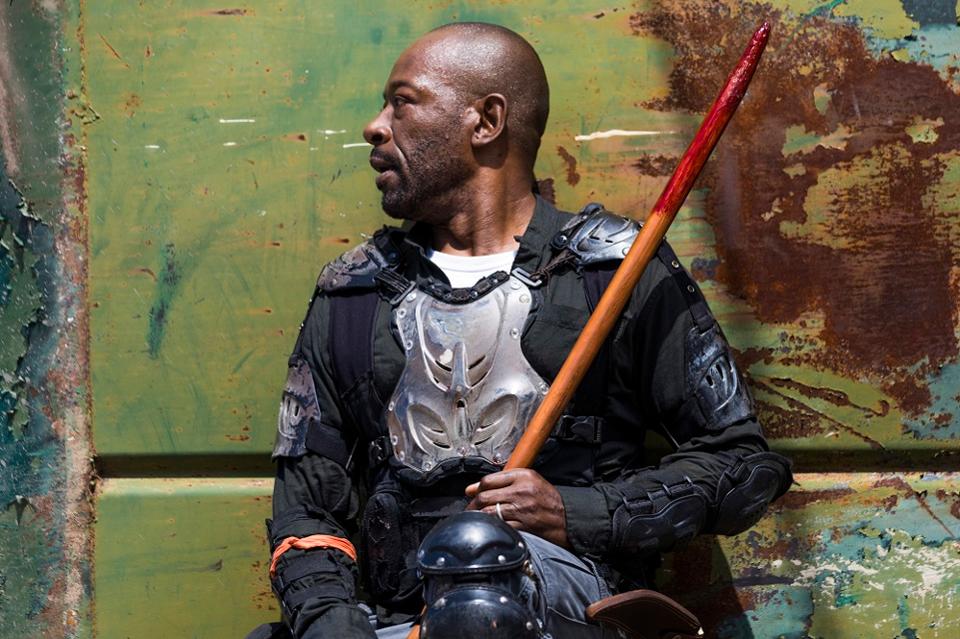 The survivors bind together and drive their modified cars to Negan’s compound and form a makeshift wall to hide behind. Out comes Negan, with Simon, Eugene, Dwight and other lieutenants. After some back and forth between Rick and Negan, it is revealed Gregory is with Negan, and has declared Hilltop aligned with Negan. Little does Gregory know that the majority of Hilltop is there to fight, and his power is an illusion. When Simon realizes this, he pushes Gregory down some steps, and Rick’s group opens fire on Negan and his compound. We also see Daryl leading the walker horde on his motorcycle to Negan’s compound.

As Father Gabriel is going to leave, he sees Gregory surrounded by the herd, and gets out of his car to save him. Gregory, in true weasel faction, runs and steals Father Gabriel’s car, leaving Gabriel up a creek without a paddle. Gabriel wanders through an uninterested horde and makes it to a trailer with far too much ease. After entering the safety of the trailer, a voice is heard saying, “I hope you have your shittin’ pants on, because you’re about to shit your pants,” as a smiling Negan walks from the shadows towards Gabriel. 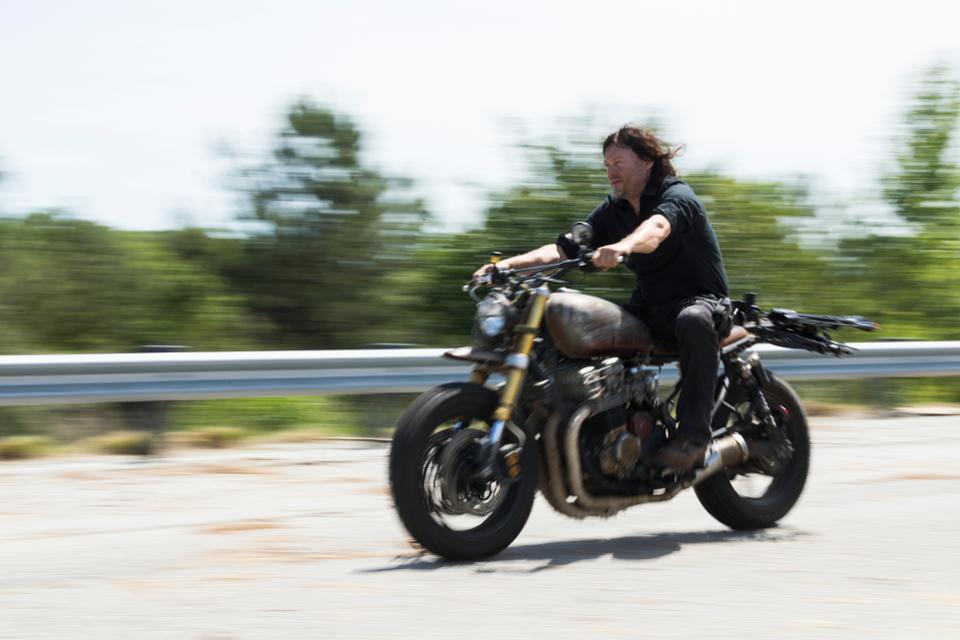 Two other bits from this episode that will play into season long arcs are the flashes to Old Man Rick and Carl making friends at the gas station.  First off, not a huge fan of the flash-forward, as I feel like this will be stretched the entire length of the season to little or no pay-off. I worry that this will take away from what should be a fast-paced half season, focusing on All-Out War.  Next was Carl making a friend with what I assume is the first Muslim character on the Walking Dead . The character could be added to give a more accurate portrait of diversity in this apocalyptic wasteland, or could be used as a two-dimensional peripheral character to feed into stereotypes, and could be an easy out for lazy writing.

I felt like the season premiere was a nice refresher for fans returning to the series, but did little to nothing to advance the overall story of the show.  The writing was safe, as no one of importance bit the dust (no B-level characters either!), but it was serviceable to start off the All-Out War Storyline.  I would like to see The Walking Dead pick up the pace this half season and wrap up the war in the first eight episodes, with the back half of the season focusing on old man Rick and the transition of power. I am hoping the writers and showrunners will stop playing it safe and whittle down the cast to something a little more manageable. This would allow us to feel the sting of the war and bring the story back down to a more manageable scope.

Mike Dunakey
proud Iowan, avid wrestling fan, huge gamer, binge watcher, container of useless information. There is nothing I love more than being able to pair someone I care about with the perfect movie/tv show/book/comic/ video game. It's awesome to turn someone onto something new and watch the pure joy on their faces.