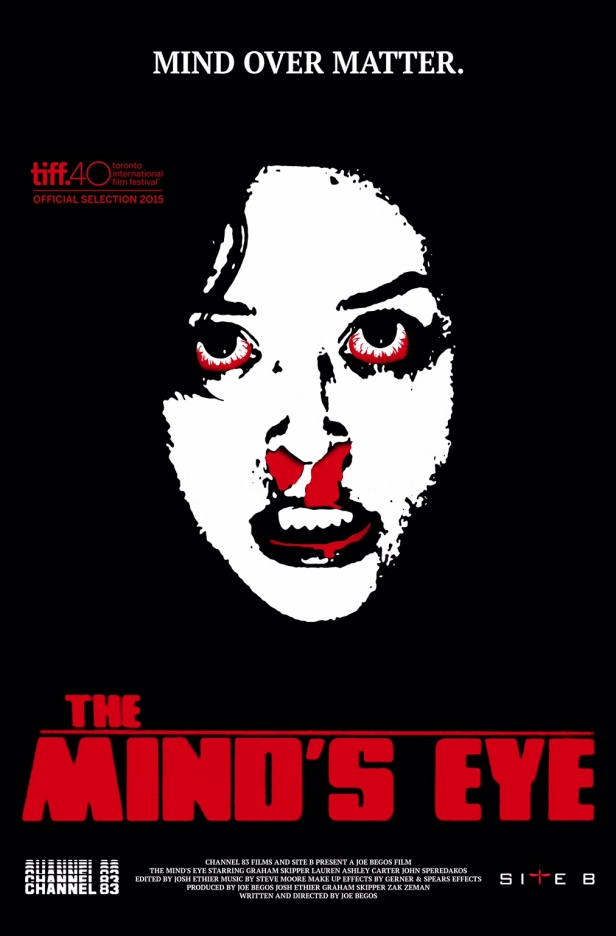 When I first saw Joe Begos’ gore-splattered SCANNERS tribute THE MIND’S EYE at TIFF last year, I wasn’t quite sure what to make of it. I was certainly tickled by the combination of extreme violence, pounding synth soundtrack and snow-specked Rhode Island visuals, but it seemed hampered by its obviously small budget, and lacked the scope of David Cronenberg’s mind-bending inspiration. A second viewing smoothed over many of those concerns, and has revealed THE MIND’S EYE to be a supreme achievement in lo-fi filmmaking which should please fans of nasty ’80s cinema.

While — mercifully — not a straight remake of Cronenberg’s sci-fi classic, there are more similarities than just psychokinetic battles and exploding heads (though we definitely get those). ALMOST HUMAN’s Graham Skipper stars as Zack Connors, a young psychokinetic who is arrested after getting on the wrong side of some small town cops (FIRST BLOOD style). He escapes charges by moving into an institute run by Dr. Michael Slovak, an expert on psychokinesis who is also holding fellow psychokinetic — and Zack’s girlfriend — Rachel Meadows (Lauren Ashley Carter). Needless to say, the doctor’s ambitions are less than admirable, and his compound quickly becomes a prison for the two, who manage to escape in bloody (and awesome) fashion. Slovak sends his goons out after the escapees, but things go – predictably – messy in a hurry. 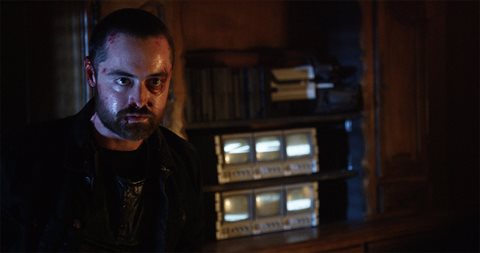 To bring his candy-colored vision of psychokinetic warfare to life, Begos has assembled a dream team of indie horror actors. THE HOUSE OF THE DEVIL’s John Speredakos exudes menace as the evil Dr. Slovak (whose surname is reminiscent of Cronenberg monikers like Revok and Convex), and he’s supported ably by heavies that include THE BATTERY’s Jeremy Gardner and an eye patch-sporting Noah Segan (LOOPER, STARRY EYES). Best of all is cult-icon Larry Fessenden, who brings a wonderful combination of intensity and Michael Ironside-esque giant forehead to his role as Zack’s gruff, but loving, father.

But the bulk of the film’s emotional weight is on the shoulders of Skipper and Carter. I was a tad unsure of Skipper at first, with his babyface features and distracting resemblance to Glen from MAD MEN, but the guy has chops, and brings plenty of likability to the role, as well as some appropriately strained intensity when pushed to use his powers. Carter is equally as good, and the two have an easy chemistry together which makes it believable that they would risk their lives to be together. 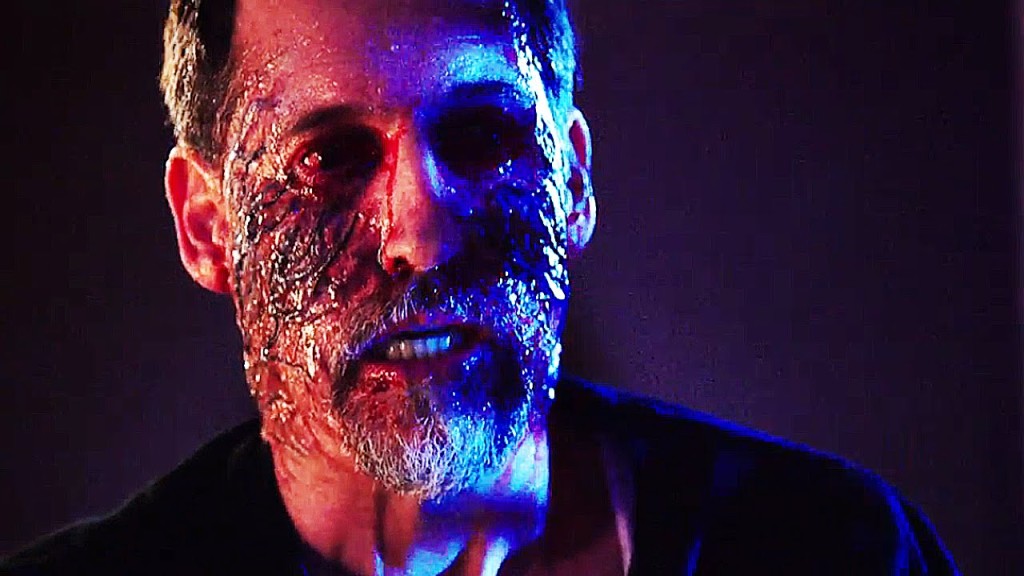 As mentioned, this was made on a very low-budget, with the whole thing shot over only a handful of locations. Thankfully, what it lacks in sweep, it makes up for in style, with each room in the remote compound beautifully lit with atmospheric Bavaesque blues and reds, and filled with small, lived-in touches. The log-cabin look of the compound even occasionally brings to mind another snow-swept Cronenberg epic: THE BROOD.

But how does it stack up to SCANNERS’ most infamous sequence? While there isn’t quite the bravura instance of violence here, there’s certainly enough examples of bodies being twisted, sliced, mutilated, and just plain blown up to satiate any gore-hound. Even better, the effects appear to be largely physical, and have a weight and detail to them that is really refreshing to see. Gerner and Spears F/X have outdone themselves here, and Begos knows how to linger on the carnage just the right amount.

A fun, violent, energetic spin on psychic warfare, THE MIND’S EYE is a hell of a lot better than any of the “official” SCANNERS sequels (yes, even SCANNER COP), and should please both fans of the Cronenberg film and those just looking for a gore-filled good time. While I’d love to see what Joe Begos (and friends) could do with a slightly larger budget, I’m glad to join him in the muck if the results are going to be this entertaining. 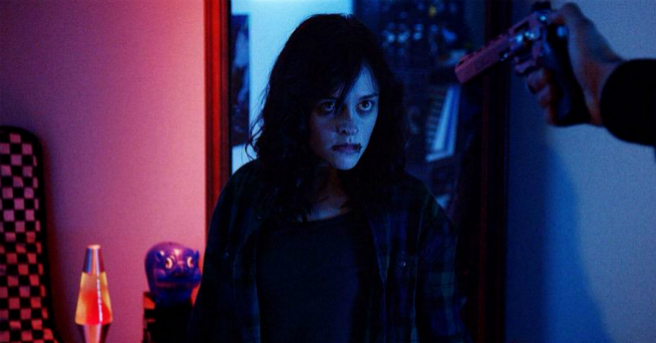