There have been enough films and documentaries made about Charles Manson (1934-2017, finally) and his “family” that Manson-sploitation could be a genre unto itself. When Marilyn Burns died in 2014, John Reents re-watched the 1976 miniseries HELTER SKELTER. Here is what he wrote at the time, which is new to Daily Grindhouse. 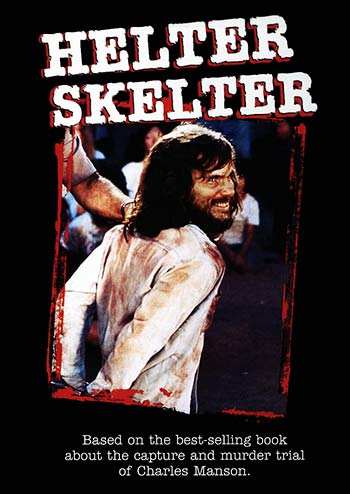 Marilyn Burns died this week, and in her obituary I learned that, in addition to her most famous role in THE TEXAS CHAINSAW MASSACRE, she played Linda Kasabian in the 1976 miniseries HELTER SKELTER. So, I decided to watch part one. Tonight. On the 45th anniversary of the Tate murders.


My unconscious is one hell of a programmer.

(Yes, I know the killings happened on August 9th, but I’m viewing the timeline as late Friday night, rather than early Saturday morning.)

For the uninitiated, HELTER SKELTER is based Vincent Bugliosi’s book of the same name. Bugliosi was the lead prosecutor on the case, and his book covers the investigation into the Tate-LaBianca murders and the trial of Manson and his followers Susan Atkins, Patricia Krewinkle, and Leslie Van Houten. (For the really uninitiated… here.)

Nancy Wolfe, playing Susan Atkins, does a great job of describing the murders so matter-of-factly on the witness stand, with virtually no affect. Even though I’ve read the book several times, and have seen this movie before, it’s still unsettling as hell. Cathey Paine Leslie Van Houten with just the right amount of crazy.

The death scenes aren’t shown, but we see the aftermath in very brief shots of each of the victims, all very faithful to the crime scene photos. Not showing the murders, was a wise choice, especially as the movie aired only seven years after the crimes took place. There’s no way they could have shown anything horrifying enough on network television that would accurately depict what happened.

The bit players pretty much give uniformly terrible line readings, but the leads all turn in fine performances… except for Steve Railsback. He resembles Manson enough that it was probably really upsetting to see at the time, but now his performance just seems… silly. Granted, he isn’t given much to do beyond staring at the camera with crazy eyes. Maybe it’ll get better in part two, I don’t really remember. 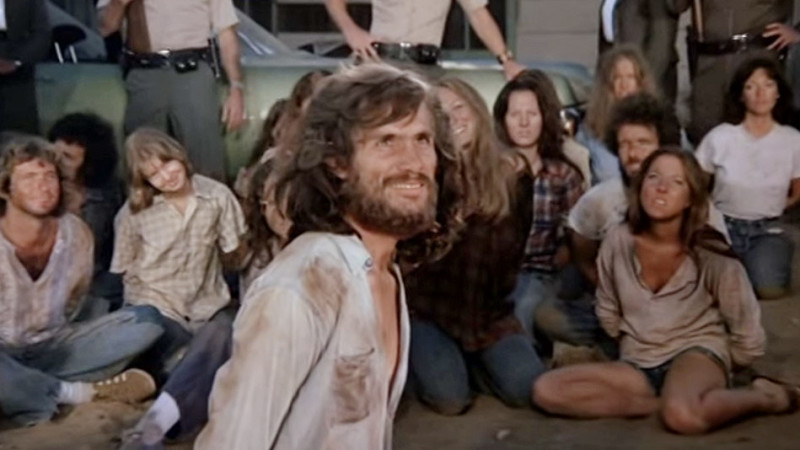 Steve Railsback was much better, now that he actually has something to do. Part two also had Marilyn Burns’s big scene as Linda Kasabian on the witness stand. (Kasabian testified in exchange for immunity. She was at both the Tate and LaBianca residences, but she didn’t enter either home and didn’t kill anyone.) Burns was terrific, her performance particularly effective when Manson tries to intimidate her on the stand from his place behind the defense table.

When I mentioned part one yesterday, I wrote that there were no re-creations of the crimes themselves. Turns out that’s not exactly true. Kasabian’s testimony is accompanied by reenactments of what she witnessed at the Tate residence. But it’s only shown layered over shots of Kasabian testifying and Manson reacting. I (clearly) have no idea what the actual term is for this technique, but you get my drift. It addresses the horror of the murders without wallowing in exploitation. As a TV movie, this is a right call. 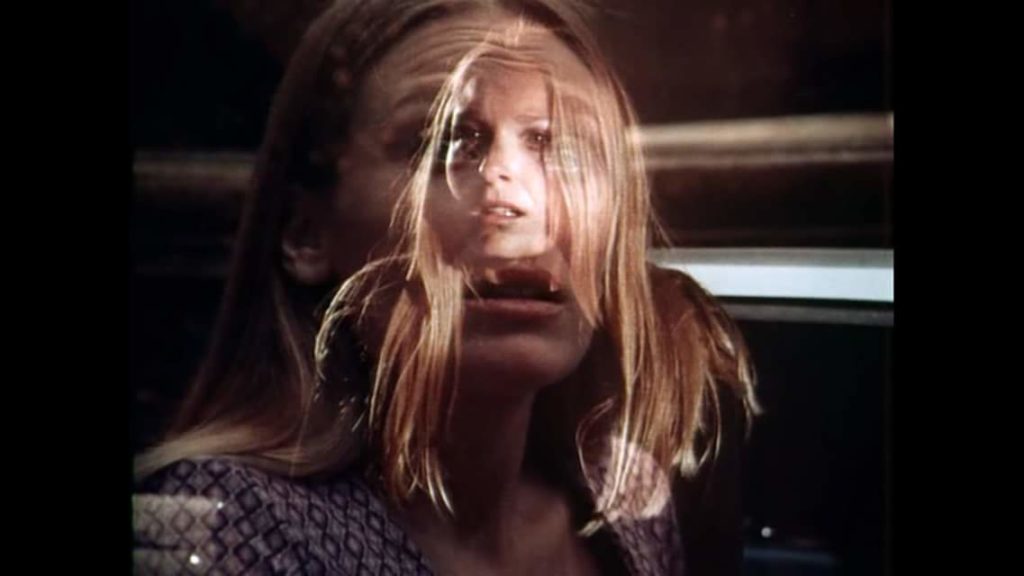 Overall, the film’s real strength is telling a story that covers 17 months and 17 days in just over three hours. It relies on a lot of voiceover, but honestly, do you really need to see every pre-trial motion acted out for you? The information is what matters. Director Tom Gries does some really admirable storytelling here.

The movie was remade in 2004. I tried watching it when it aired. It was filmed like a really bad music video and I barely made it through the first ten minutes. I may have re-read the book instead. 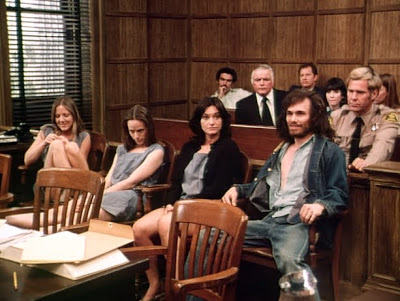 Robert Hendrickson and Laurence Merrick’s contemporary film MANSON (1973) is still the best of the documentaries on the case.

Jim Van Bebber’s THE MANSON FAMILY (filmed between 1988 and 2003 and released in 2004) is an absolutely brutal film that pulls no punches in recreating the murders in their entirety. It was difficult to sit through once, and I can’t imagine I’ll ever watch it again, but by focusing on the viciousness of the murders, the film is a harsh wake-up call to anyone who views Manson and his followers as folk heros.

LIVE FREAKY! DIE FREAKY! (2006) retells the story as a stop-motion animation musical that needs to be seen to be believed, a statement which should not be confused with an endorsement. While it certainly gets points for creativity, absurdism, and one extremely catchy opening number, the satire is weak and scattershot, and the rest of the songs are terrible.

The 2015-2016 NBC television series AQUARIUS also covers the same territory, but didn’t hold my attention past the first two episodes.