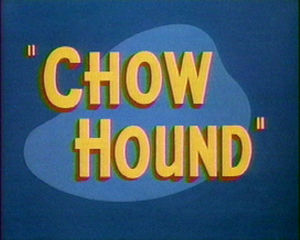 A brilliant gem from Chuck Jones, CHOW HOUND is one of the director’s darkest cartoons, with an ending as sadistic as anything Quentin Tarantino could ever come up with. So gruesome in fact networks back in the day would cut it during televised airplay. Featuring none of the regular Looney Tunes players, the cartoon follows the exploits of a gluttonous, bullying bulldog as he tortures a cat and mouse into providing him with an endless supply of meat. Jones and writer Michael Maltese somehow manage to downplay the ugliness of the story with witty dialogue and the brilliant character animation so regularly featured in these wonderful shorts. Mel Blanc, Bea Benarderet, and John T. Smith provide funny vocal performances. 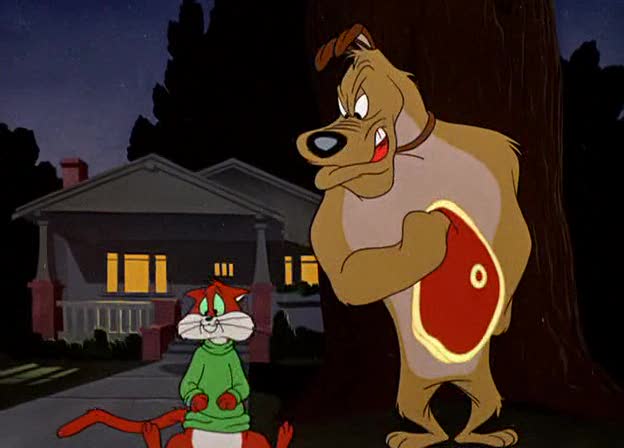 I’ve always felt Chuck Jones to be the most interesting of the Warner Brothers cartoon directors. The way he could interweave cute, Disney style animation with violent almost sadistic but comical storytelling was an art form in itself. During the years he blossomed as a director, roughly between 1942 and 1946, Jones wisely moved away from using characters like the nauseatingly cute Sniffles the Mouse, and began to highlight his cartoons with the roster of ballsy stars the Looney Tunes are still famous for. Bugs Bunny and Daffy Duck were much better fits for the fast paced, explosive cartoons the studio was specializing in and by the time CHOW HOUND was produced, Jones could blend the cute and the dark better than any other director in animation. 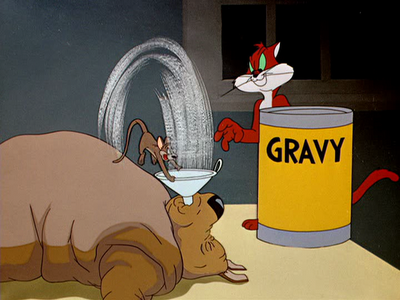 So grab yourself a viewing of CHOW HOUND when you get a chance, and prepare to be horrified as you realize what it means to finally “get the gravy.” 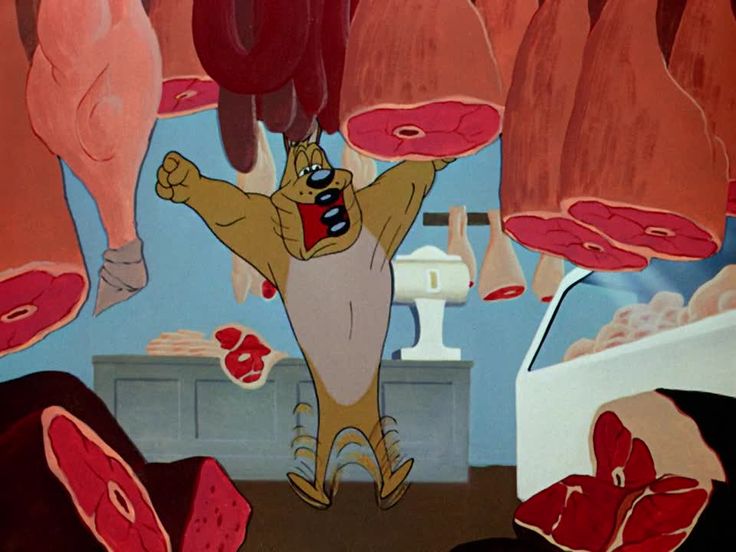