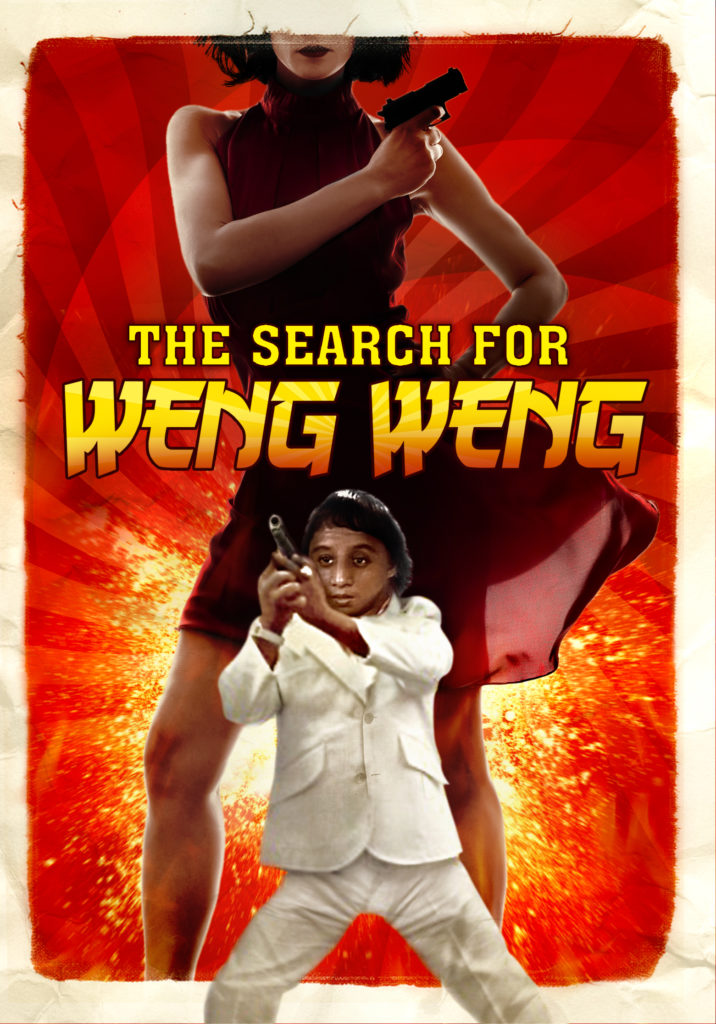 If ever there was a documentary that could have been made specifically for us here at DAILY GRINDHOUSE, it is THE SEARCH FOR WENG WENG. If that’s not high praise, I don’t know what is.

Weng Weng (his real name was Ernesto de la Cruz) was the star of a handful of Filipino action films in the early ’80s. Most notably, he made three James Bond knockoffs. Many films that have come out of the Philippines have been knockoffs of international hits, so the fact that the nation’s film industry would produce their own version of the mega-popular Bond franchise is not surprising. The twist comes from the fact that Weng Weng (as he was credited in the films) was a little person. Standing at 2′ 9″, the producers understood the novelty value of their star’s stature and built around him films like AGENT 00, FOR Y’UR HEIGHT ONLY, and THE IMPOSSIBLE KID. The films were essentially straight riffs on the Bond films with mysterious villains, plenty of henchmen, special gadgets for weaponry, beautiful women, and tongue-in-cheek humor. Weng Weng even proved himself to be a skilled stuntman with Karate training.

Aside from the Bond knockoffs, Weng Weng appeared as a supporting actor in a few other action films and comedies, but stopped making movies in the mid ’80s. In a film industry where a marketable star would normally make several movies a year for decades, Weng Weng’s short (no pun intended) career was an oddity. 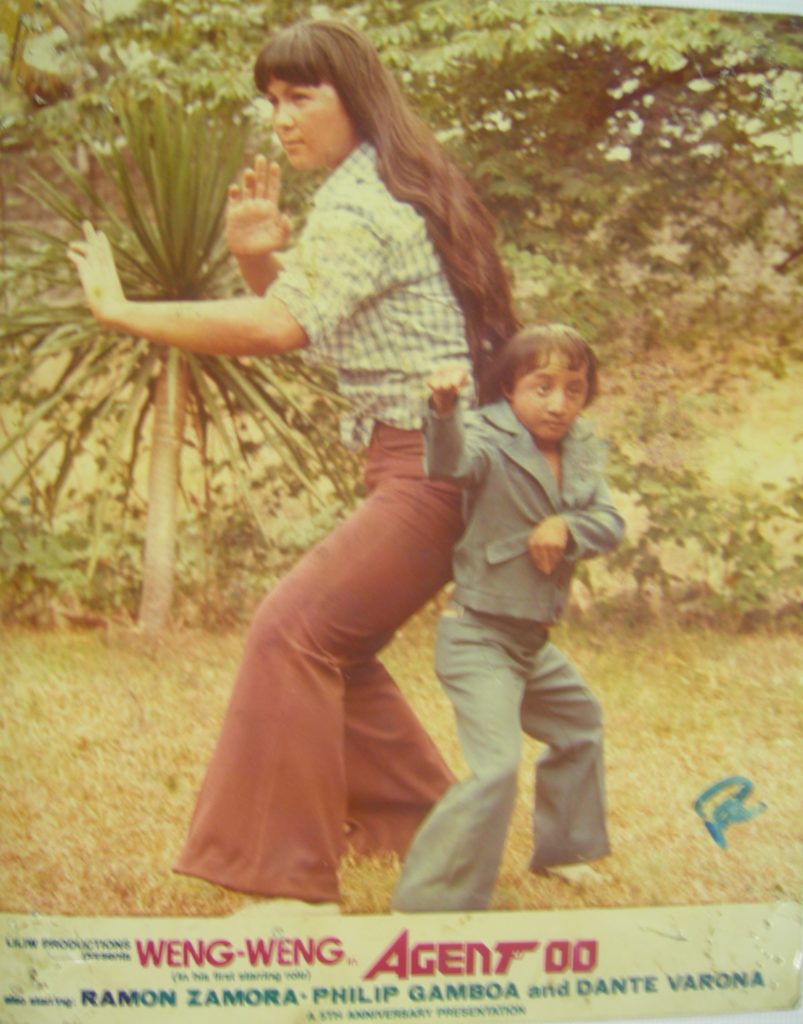 THE SEARCH FOR WENG WENG co-writer/producer/director Andrew Leavold became obsessed with tracking down the story of Weng Weng after seeing FOR Y’UR HEIGHT ONLY. The owner/operator of legendary Australian cult video store Trash Video, Leavold was already a connoisseur of oddities from the international film scene when he got his first glimpse of Weng Weng. Fascinated by the image of a diminutive Filipino James Bond beating up goons and romancing ladies more than twice his size, Leavold began researching Weng Weng. When his research turned up very little, he headed to the Philippines in 2007 to find out who Weng Weng was, where he came from, and what happened to him. It was the start of a seven-year journey to make the documentary.

While that sounds like the setup for a Morgan Spurlock-style documentary where Leavold spends the bulk of the movie in front of the camera, becoming just as much of a subject as Weng Weng, that is thankfully not the case. Leavold is a laid-back, charming presence in the film, but he largely treats THE SEARCH FOR WENG WENG as a traditional documentary as he lets one interview subject after another reveal the bits of Weng Weng’s story that they know and uses that information to track down someone else who has a little more information. It is a clean structure that feels almost like a police procedural with a generous helping of local color.

Leavold almost immediately learns that Weng Weng long ago passed away (in 1992), but that knowledge does not deter him from digging to find out whom Weng Weng was and why he largely seems to have been erased from Filipino film history.

Among the numerous interview subjects who Leavold tracks down are several people who worked with Weng Weng including former co-stars, stuntmen, directors, and editors. A pair of film scholars and an excitable film archivist provide historical context for the era when Weng Weng’s films were made. And — most importantly — Celing, Weng Weng’s sole-surviving sibling, remembers seemingly everything about his brother from his birth until his lonely death.

From these interviews, Leavold spins not just a tale of Weng Weng’s semi-tragic rise and fall, but also an overview of the Filipino action film industry. In a surreal moment in the film, Leavold even manages to get an interview with Imelda Marcos, widow of the deposed former dictator Ferdinand Marcos. Despite the fact that her husband ruled with an iron fist—enacting martial law—Imelda Marcos is credited by several people in the film for encouraging the growth of the Filipino film industry and opening it up to the world by starting the Manila International Film Festival. It was at the inaugural Festival where Weng Weng briefly became an international star — albeit of the novelty variety. 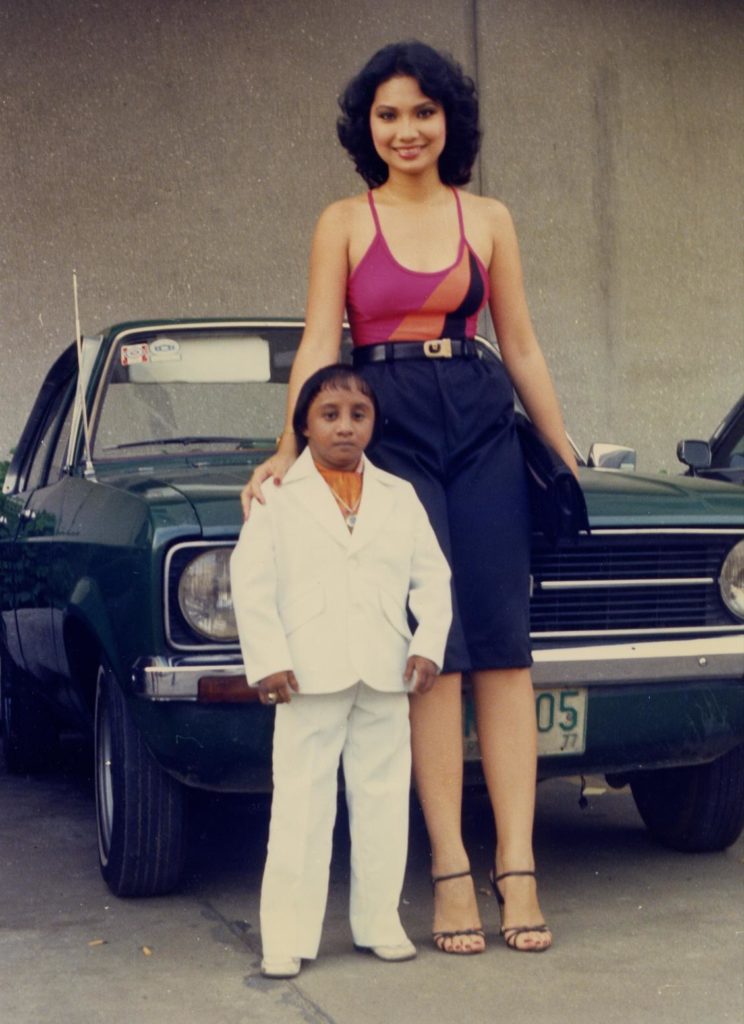 The novelty of Weng Weng’s stardom is the irony and tragedy of his story. As Celing recalls, Weng Weng loved watching TV and movies as a child and wanted to be an actor. When his size granted him the chance to become an actor, that opportunity came in the form of producers who saw him as a novelty act to be exploited for profit. The tragedy is that by all accounts, Weng Weng was good at his job. He could do his own stunts — which was a necessity in the Filipino film industry—and he took his work as an actor seriously.

While such well-known players in the Filipino B-film community as Eddie Nicart, Bobby Suarez, and Dolphy recall Weng Weng with affection and appreciated what he brought to his films, the sad truth is that the producers of his films never saw him as anything more than a commodity to be exploited. Weng Weng never had the chance to branch out beyond his shtick. Maybe he would not have been able to, but he at least should have had the chance.

Leavold supplements the numerous interviews with plenty of film clips that help expand the film beyond Weng Weng’s story to give a primer on the massive scale of the Filipino film industry to the audience. Surprisingly, given the breadth of the story he is telling between Weng Weng, the larger look at the film industry, and the recent history of the Philippines, Leavold finds plenty of opportunities to let the film breathe. There is an understated comedy to the interviews with Celing as his wife constantly jumps in with the final word of his stories. The Marcos interview is both amusing and unnerving—given the way she still lives the life of royalty, despite the harm her husband’s oppressive regime did to the people of their country. I especially loved the extra little moments spent with the old Filipino action stars and stuntmen as they hang out at a coffee shop, essentially shooting the shit as they wait for the phone to ring for the next job — a wait that I have the feeling gets longer as they get older.

Those little tangents give THE SEARCH FOR WENG WENG more layers than your standard rise and fall of a star story. Leavold clearly is passionate about discovering the unknown of Weng Weng’s story, but he is just as interested in exploring the Filipino action film industry. While he obviously loves his subjects, he is clear-eyed enough to see the flaws in a system that can be exploitative and run by cold-blooded producers. That warm regard for the performers and filmmakers versus the unflinching look at the forces that use and abuse gives the film a little more staying power than simply being a portrait of a semi-forgotten novelty star.

THE SEARCH FOR WENG WENG is now available on DVD and Digital Streaming platforms from Wild Eye Releasing.