It may play as not much more than a demo reel for a stunt team, but EVIL TWIN is a kinetic piece of work, highlighting impressive martial arts sequences in a fluid manner that would be cut to ribbons in many big-budget studio action flicks.

The story is sci-fi hokum about some crystals that can alter space and time, but writer/director Christian Pfeil and the stunt team that makes up his cast, use this plot point to stage a single, epic kung fu fight over a series of settings including in a river, on a highway, in the woods, in a war zone, and of course, in a strip club (it’s an action flick released in 2013, after all). Cha-Lee Yoon and Can Aydin are better stuntmen than actors, but they pull off one impressive sequence after another as they beat the hell out of each other with punches, kicks, and the occasional metal pipe. While Pfeil tries to give a little context for the fight, he mostly just focuses on staging the action in such a manner that all the impressive stuntwork can be captured with a steadicam as opposed to quick cuts, which is becoming a lost art. But even with this focus on action and style over substance, Pfeil still finds room for a hilarious visual punch line. 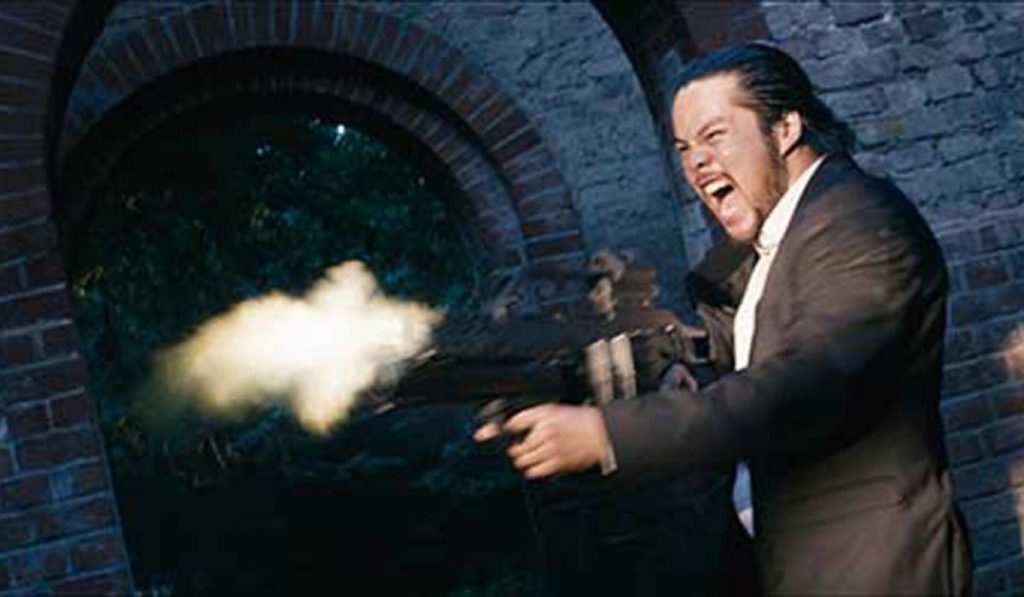