If you frequent the internet for movie news as often as I do, then I’m sure you’ve come across various lists. “Scariest movies of the last 10 years” or something like “Scariest movies you’ve never heard of,” but one that always catches my attention is “most graphic movies you have to see,” or something like that. Dozens of sites online compile their own lists, often including filler titles just to sound knowledgeable or to create buzz for a lesser known title. Regardless of who wrote the list, MARTYRS tends to always find its way on there and for good reason. 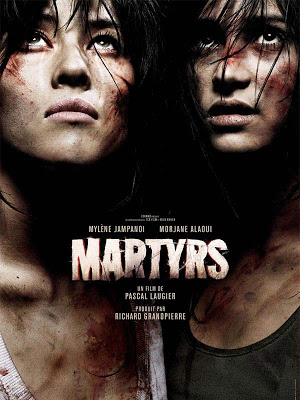 In the early 2000s, there were quite a few French directors who were providing a series of unique yet graphic horror movies categorized by the term New French Extremity. Some have found their way onto the American screens like one of my personal favorites, HAUTE TENSION, Alexandre Aja’s gruesome take on a home invasion that makes its way onto the road as a college student struggles to save her best friend. The violence utilized in these films are often exaggerated and portrayed in extreme manner to help invoke a stronger reaction out of their audiences. HAUTE TENSION features a throat slitting scene where we are forced to watch a mother struggle to breathe as her open wounds flap on the screen. Julien Maury and Alexandre Bustillo gave us 2007’s INSIDE, another home invasion thriller where a pregnant woman is being terrorized by a vengeful female who wants that baby inside her. SPOILER ALERT: We get to watch a very unsanitary C-section perform using a pair of scissors, and it’s just as gruesome as it sounds. In Gaspar Noe’s IRREVERSIBLE, we experience the true nature and pain of rape via a single and very long shot. Like the movie itself, it’s nauseating and uncomfortable to watch. 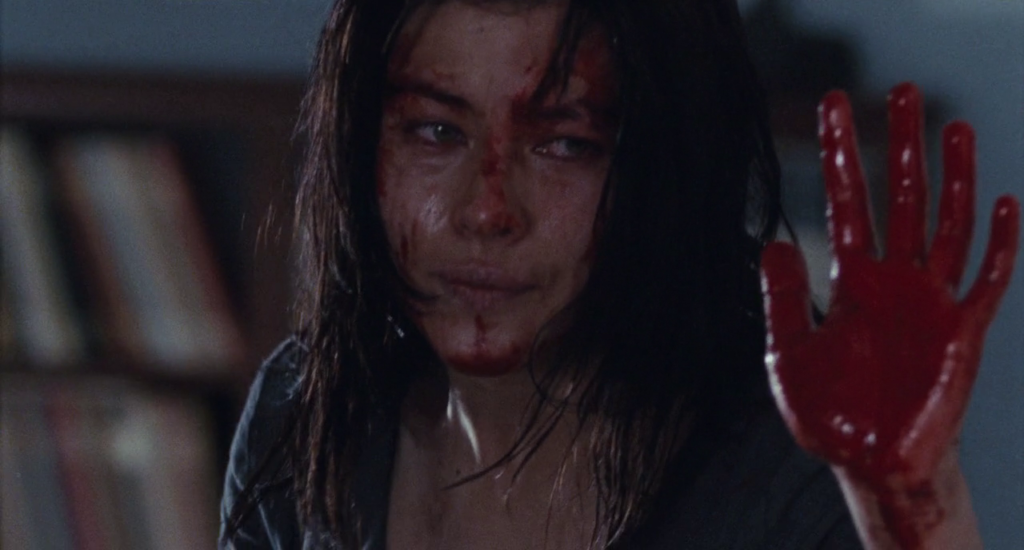 MARTYRS uses violence to explore the philosophy surrounding pain, and to explore just how much a person can take before witnessing death. A young girl Luci escapes from an abusive prison and finds solace in an orphanage where she befriends Anna. Fifteen years later, Lucie tracks down the people who hurt her, now leading a seemingly perfect family. She interrupts their breakfast with a shotgun and kills them all, including the kids. Anna shows up and is mortified to see what Luci has done, even doubting that this family are the guilty ones at all. A female creature haunts Luci throughout, and it is learned that this is a mental manifestation of her guilt for leaving another victim behind when she initially escaped as a child. This guilt gets her killed, and Anna discovers that Luci was spot on with her assessment of who her attackers are. 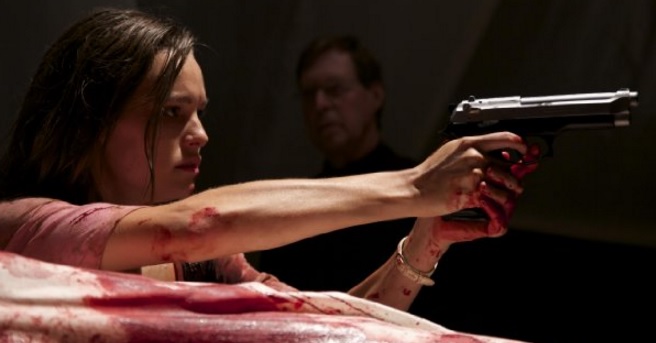 As it turns out, there is a much larger picture to be seen, as several armed individuals show up and imprison Anna. Their leader, Mademoiselle, informs her and the audience of their organization and their goal to push women to the brink of death in hopes that they will glimpse into the afterlife. Their methods are extreme, and Anna gets to experience repeated beatings and getting skinned alive. She becomes their “martyr” and shares in an inaudible sequence to Mademoiselle of what she saw. What she shares leads to Mademoiselle killing herself and leaving viewers in their own catatonic states. 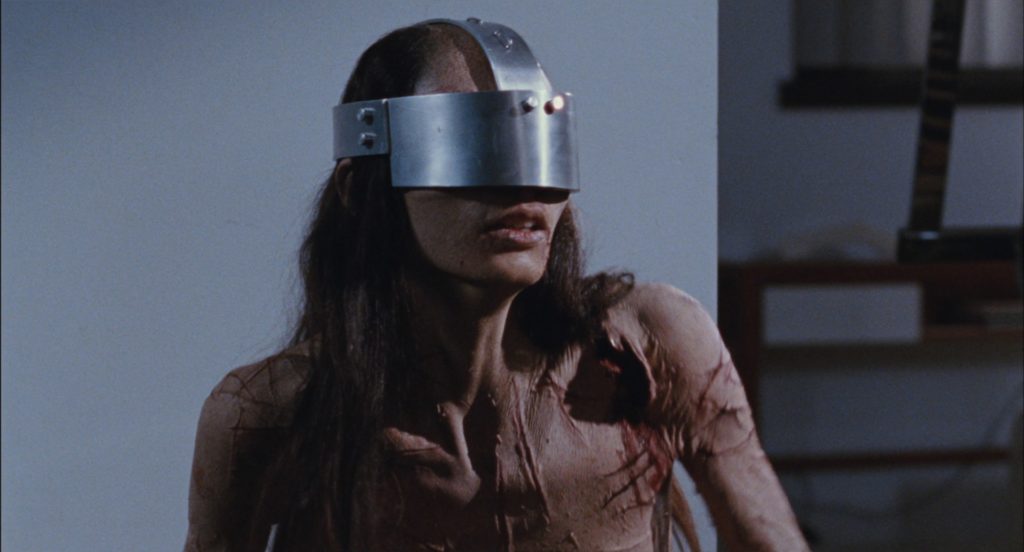 The main difference here is that both girls survive, but not until they endure of plenty of torture. Lucie is close to death when Anna comes to save her, and the film ends with them lying on the floor, near death, and they might possibly end up be dead if the movie continued during the credits. The issue with this remake is that it lacks any kind of soul behind the lens. This version likes to emphasize the friendship between the girls and their ride-or-die attitude, but it just never comes off as believable, and it didn’t make me feel any compassion for the ending. The MARTYRS remake dilutes the torture and I have no issues with that, but it doesn’t attempt to substitute it with any kind of emotional attachment. The only word that comes to mind after watching this remake was “bland.” 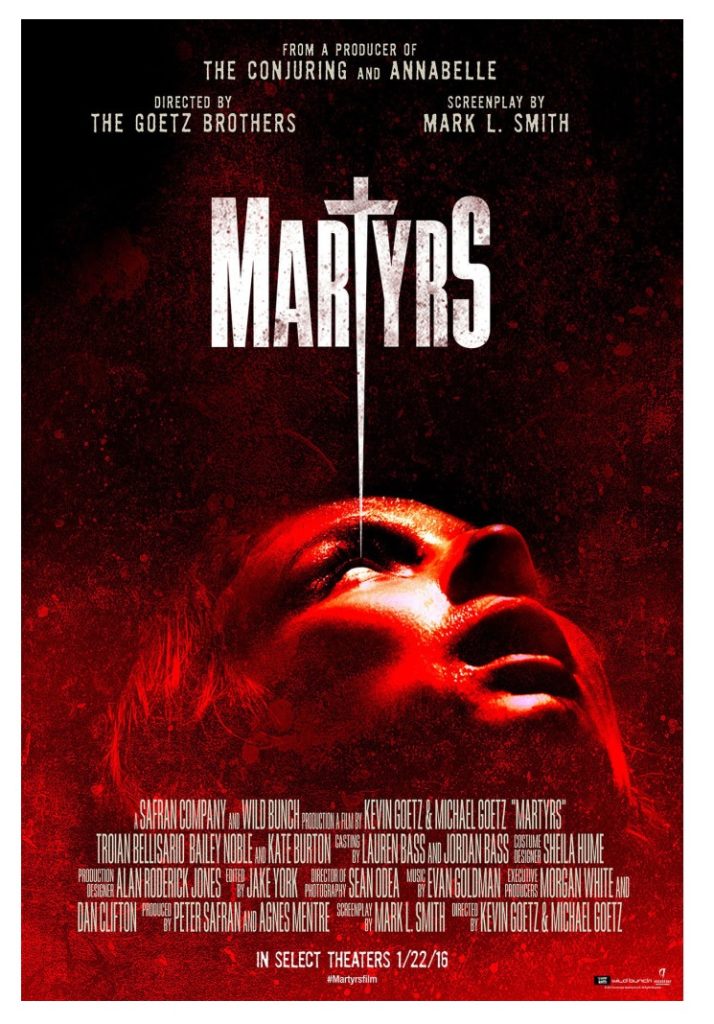 I don’t love the original MARTYRS, but was super-excited for the remake, due to some interesting themes and a new take on psychological torture. However, the remake fails to live up to any expectation or reputation that the original left behind. The first 45 minutes of the original is some of my favorite material in horror, as it is one of the most brutally honest depictions anywhere of survivor’s guilt, and I probably would have loved all of MARTYRS if it had followed that storyline. However, I’m probably going to be ostracized for that statement, as the film’s following cherishes the philosophies explored during the second half and the film often can be used as great debate when it comes to “How far is too far?” when it comes to onscreen violence.