It pains me to say anything negative about an independent horror film when I can tell the cast and crew put a lot of hard work into it. Sometimes indie movies fail because their ideas are too big for the budget that they have to work with. Other times it’s because they have too many ideas and they’re trying to fit them all into one movie. 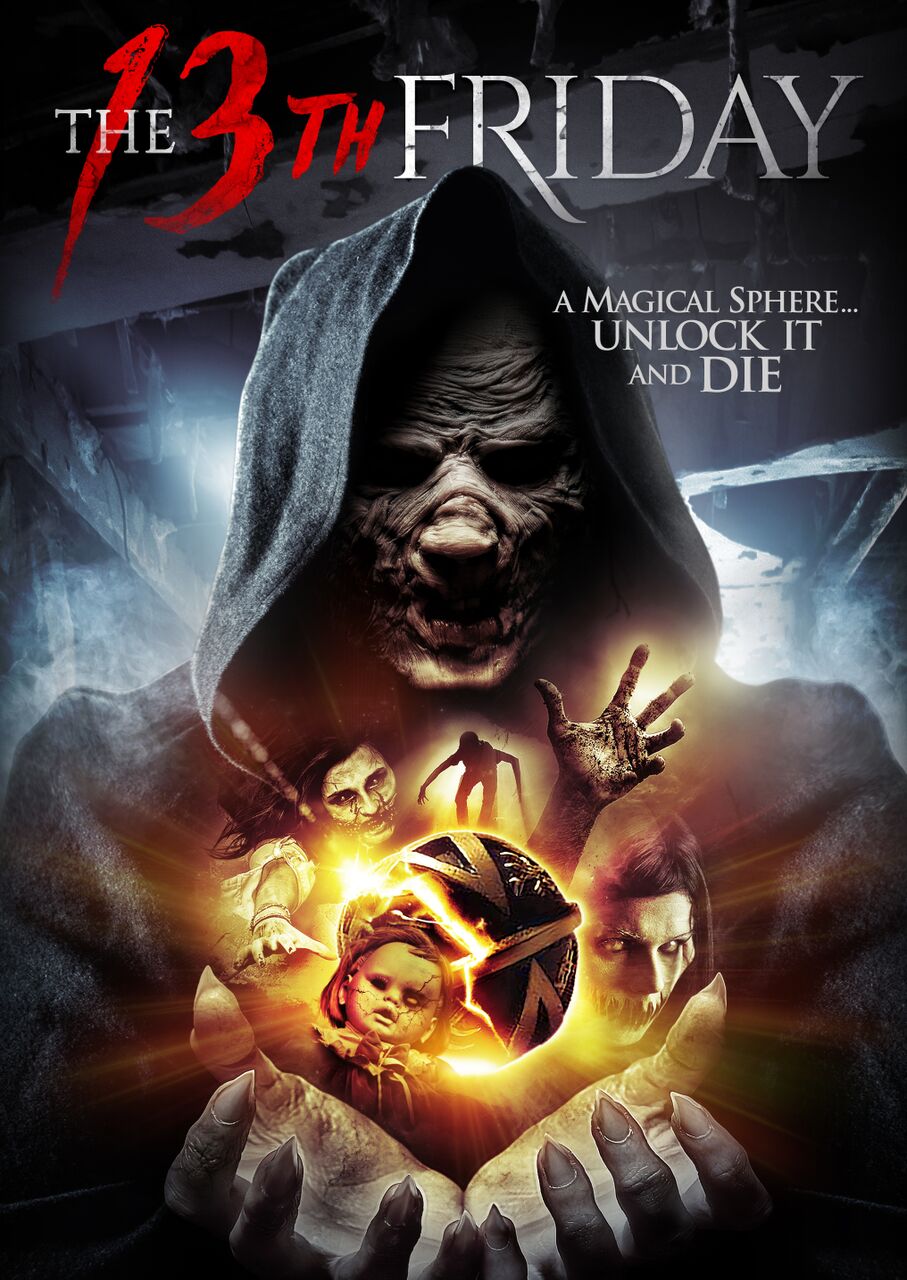 Whatever the case is with THE 13TH FRIDAY, it really misses the mark. I’d like to say there are too many cooks in the kitchen, but that just isn’t the case, seeing as how Justin Price wrote and directed this by himself. THE 13TH FRIDAY has so much potential, but honestly it just falls short.

The film opens with some puritanical, colonial-life bullshit. If you’ve seen one mother burn her young daughter alive because she thinks she’s a witch, you’ve seen it a million times. This never leads to anything good. Trapped evil spirits, anyone?!?!?

Flash forward to modern times, and of course, there’s a group of young good-looking clichés partying it up on the very site of the child killing. Before you know it, one of the girls in the group is killed off, the rest are cursed, and they have to sacrifice thirteen souls to the demon ghost girl in thirteen months or else they will all die.

This seems like a simple enough set-up, one that can’t possibly be fucked up, but at the fifteen-minute mark, I got a little lost. The plot gets beyond muddled. There’s a short montage of death scenes and missing-persons flyers, I’m guessing to show that as time passed, the group made sacrifices that were necessary to survive. There is a puzzle sphere (very similar to the puzzle box from the HELLRAISER franchise), which is a demonic curse calendar; there’s a cave with demons in it where the sacrifices go; and characters that pop in and out of the story, out of nowhere, and I had no idea what they had to do with the movie. For instance, why does the local drug dealer know everything about the haunted house, the demon ghost girl, and the curse?

Although all the characters are archetypical horror fodder, I still found myself caring about them, interested to see what happens to them. The acting was a bit stiff, but I can usually overlook that. The characters still held my attention for the running time of the film. The best part of the film is towards the middle, when all the friends become suspicious of each other. The conflict as these relationships fell apart under pressure really helped to build the dramatic tension.

Ultimately, the story arc to THE 13TH FRIDAY is a familiar one. It reminded me a lot of STIR OF ECHOES, but not quite as smart. This movie probably would have worked better as a web-series. It needed more time to flesh everything out. Right from the beginning it felt rushed, and felt that way all the way through, especially at the ending. Maybe some comedic relief would have helped the film.

On a positive note, I appreciated the lo-fi demon-ghost make-up. It was a cross between Mystique from the X-MEN movies and Samara from the RING franchise. The demon ghost girl wasn’t particularly terrifying, but she was plenty creepy, and I think that’s what THE 13TH FRIDAY was going for. If only the special effects crew had stuck to practical effects, THE 13TH FRIDAY might have been more enjoyable to watch. Multiple times they try to interject CGI effects, and the results are just abysmal. Those CGI moments took me out of the movie.

THE 13TH FRIDAY is a train-wreck of a movie, with a huge heart (which is good) and no originality (which is much less good). If you don’t mind a mash-up of too many horror movie tropes, and a movie that just tries too hard, then you might want to give THE 13TH FRIDAY a chance. Otherwise, avoid it like a demonic curse.