Does anything warn of mediocrity more than a possession movie? These flicks get churned out fast and loose, nothing really new or inventive. It gets monotonous, watching the same story arc unfurl. How can such a film separate itself from the rest of the pablum? The easiest way to do this is to inject subtext and depth to the story. Create something that people will be left thinking about afterward, and not just because it’s so shocking, but because it has purpose and thought to it. DEMONS does just that. 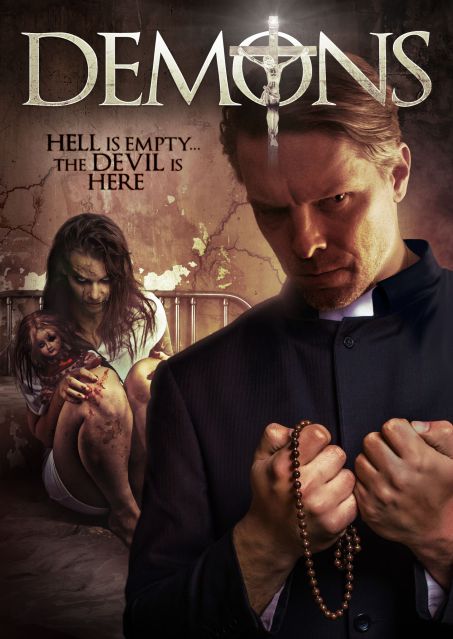 DEMONS is an indie horror film that is grounded in reality. Colin (Miles Doleac) is a former priest turned fiction writer, who along with his wife Kayleigh (Lindsay Anne Williams), is afflicted by the ghost of of Kayleigh’s sister Jewel (Jessica Harthcock). Throughout the movie, details of Jewel’s death are revealed by way of flashbacks and visual storytelling. The sad truth of Jewel’s possession, exorcism, and consequential death are a sad story, but one that makes me glad I’m an atheist.

When DEMONS opens on a priest who had failed at an exorcism and is covered in blood, the immediate feeling is of defeat. It knocked the wind out of me pretty quick. Fourteen months later and we discover that the priest from the failed exorcism is now a hit author calling himself Colin Hampstead. He’s since married the sister of the girl who died during his exorcism. I don’t know about you, but this just sounds like a recipe for disaster.

I love seeing character actor Andrew Divoff as the backwoods hillbilly evangelical holy-roller Jasper Grant. Oh, I hated this character so much that I think I may have screamed at the the screen for him to fuck right off. If a character can elicit an emotional response like that, then you know they are doing something right. In addition to that, seeing another amazing character actor, Gary Grubbs, as Father Joseph Moran really won some points with me.

So during DEMONS, there is a movie being made of one of Colin’s books. That would be fine, only between the movie within a movie (and multiple other subplots), the story gets a bit convoluted. Add in almost near constant flashbacks, and the plot gets so muddled that it’s almost impossible to follow. Not to mention that the director character, Eddie (Steven Brand), is a complete douche.

Multiple times while watching DEMONS, it felt to me like that actors might have been too old to play their hipster roles, and the smarmy Hollywood build-up is just too long. That being said, I did feel as though the characters all felt authentic, and very realistic in that sense.

The possession scenes in the flashbacks are well done, but not over-acted. It was a fine balancing act that actress Jessica Harthcock captured well. The lo-fi presentation of the possession was perfection. The fact that there was nothing too grandiose about it made it all the more frightening. As much as I enjoyed the possession flashback scenes, the character-driven drama in the present day scenes really gave the film an identity crisis.

The soundtrack to DEMONS sounded familiar, but it wasn’t recognizable. That really worked in favor of the film. It helped keep me interested, but it didn’t overshadow the flow of the movie. There were some typical jump-scare tropes used, but at least they were used sparingly.

The climax of DEMONS was much more emotional than I expected it to be. It leaves a lot of questions unanswered, and I like that. A film that leaves you thinking after you watched it is a good thing. DEMONS is more about personal demons than actual demons. Demonic possession used as a metaphor for domestic battery is kind of brilliant. Most demonic possession movies are considered “Christian horror,” or “religious horror,” but with all things considered, DEMONS is a great atheist horror movie. Chop off the last ten minutes of the film, and you’d have a much better movie. If you can overlook the constant flashbacks and the non-linear storytelling, then DEMONS is worth checking out. 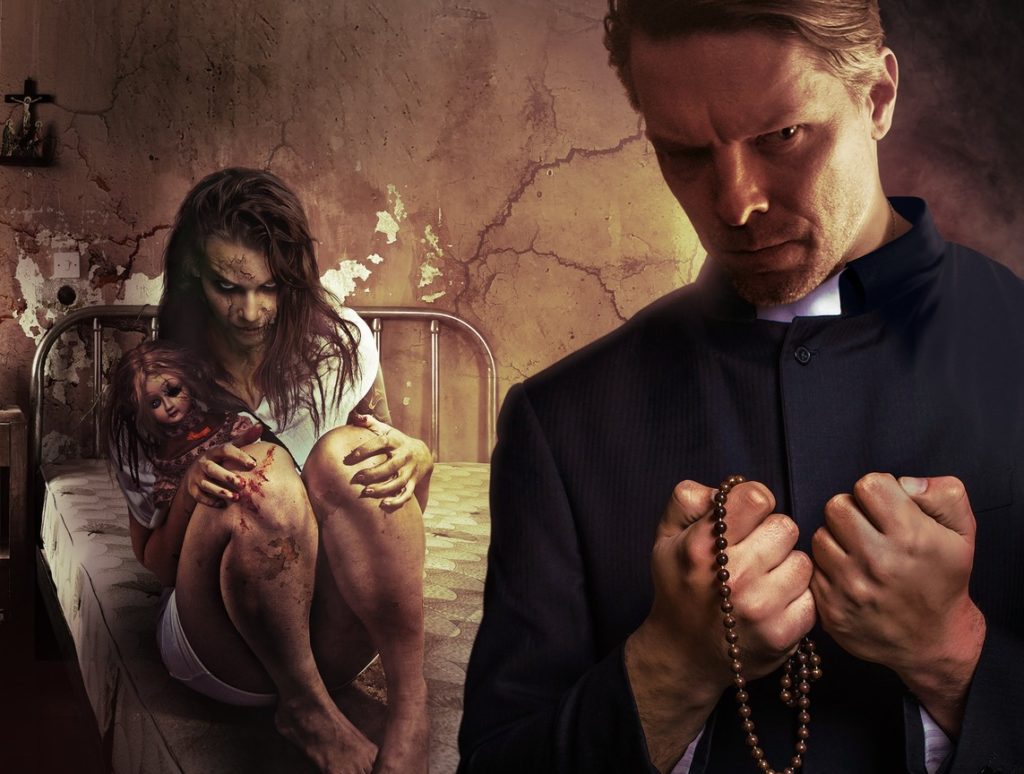 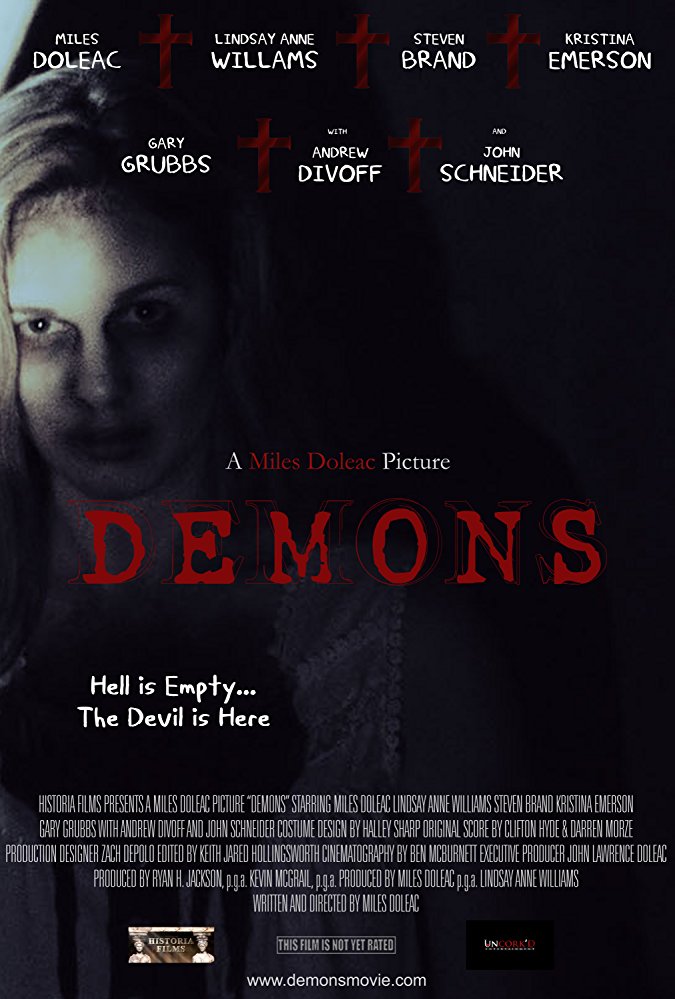