The sub-genre of fear of technology in horror — let’s call it “techno-fear movies” — is nothing new. It’s been around almost as long as horror has been around, but with each decade, it changes to keep up with the times. In the 1980s it was arcade games (NIGHTMARES), the 1990s brought us virtual reality (THE LAWNMOWER MAN), and the early 2000s gave us chills via the cellphone (ONE MISSED CALL). Most recently techno-fear movies have encapsulated the most popular advancement in technology: social media. 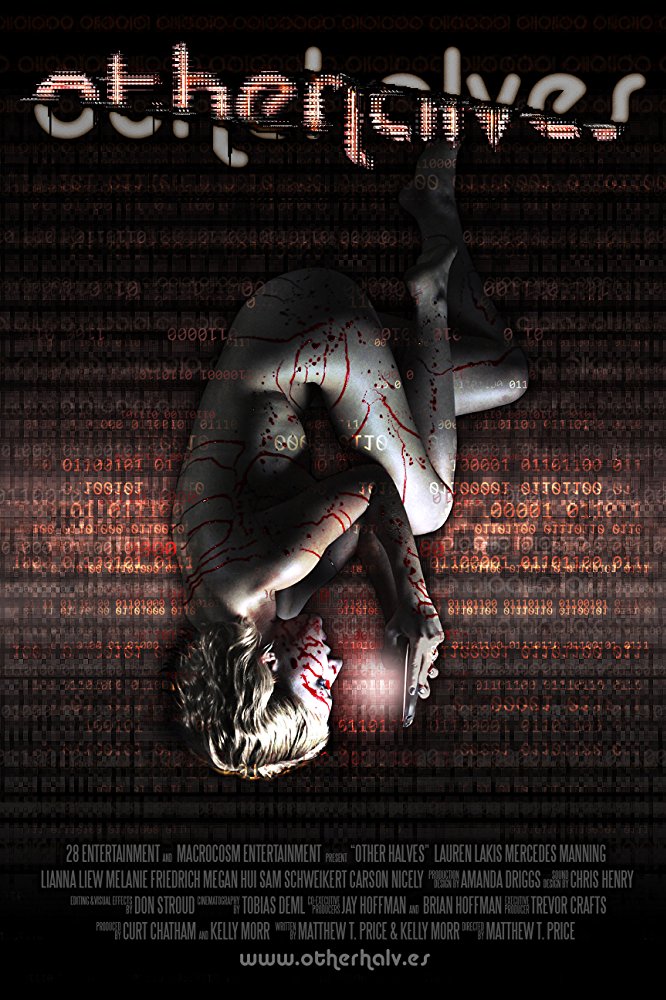 To be perfectly honest, I’m not huge fan of this trend. Maybe I’m too old to find social media scary, and I’m willing to bet I’m not the target audience for this mediocre pablum. On the other hand, it could be that films like #HORROR, UNFRIENDED, and FRIEND REQUEST are truly an idiotic trend that needs to die out sooner than later. Thankfully, OTHER HALVES is a bit of a cut above the rest. 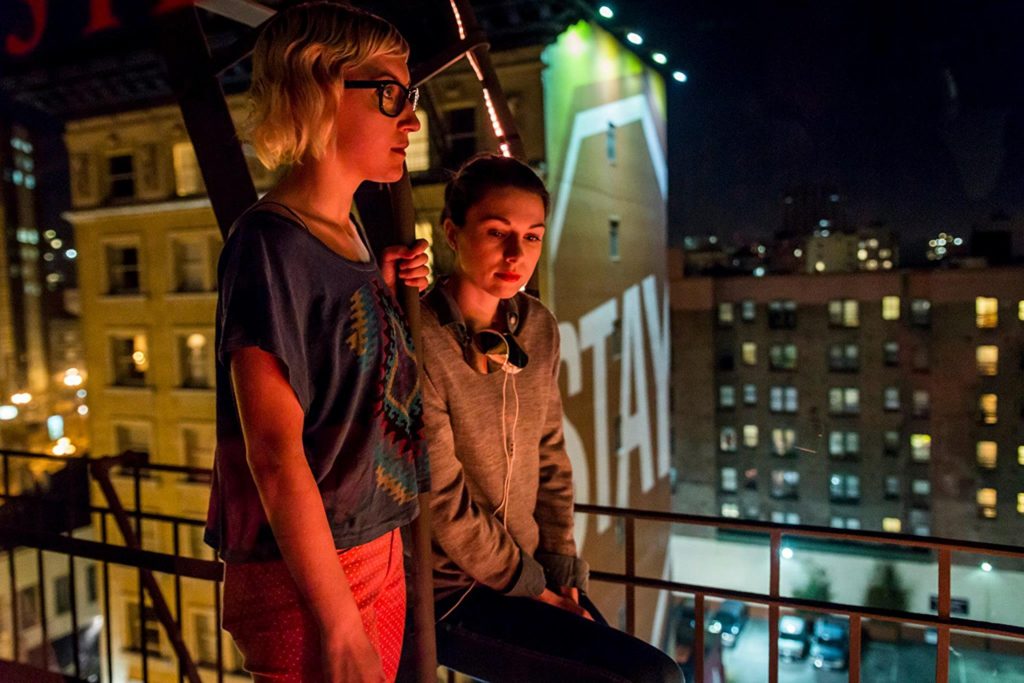 OTHER HALVES takes place the night before a revolutionizing new dating app is launched. The name of the app is “Other Halves,” and what makes it so special is that it collects data from all social media interactions in order to pick your perfect mate. The big twist is that not all the bugs are out of the app, so the visualized algorithms bring out the users base’ instincts and turn them into hyper-sexualized, murderous psychopaths. Whoever is exposed to the app kills, and experiences a high off the kill.

The opening of OTHER HALVES is a one-two punch to really catch the attention of the viewer. First they hit you with a realistic ad for their dating app, starring the cute-as-a-button co-creator Devon (Lauren Lakis). The scene is beautifully shot, and seems like a cheery beginning to a horror movie. OTHER HALVES quickly switches gears when it cuts to one of the other co-creators, Jasmine (Mercedes Manning), waking up naked, covered in blood, and lying next to the corpse of her ex-boyfriend.

One of the problems I have with OTHER HALVES is that it doesn’t seem to know what decade it takes place in. The subject matter makes it very current and topical, but the dialogue gives it a very ’90s SCREAM feel, while the unnecessary shower scene is very ’80s. I’m all for nudity in movies, but this shower scene really doesn’t add anything to the story of OTHER HALVES. The rest of the dialogue seems naturalistic, which I always appreciate. Although, I would have to say that the acting overall is a little more than mediocre. 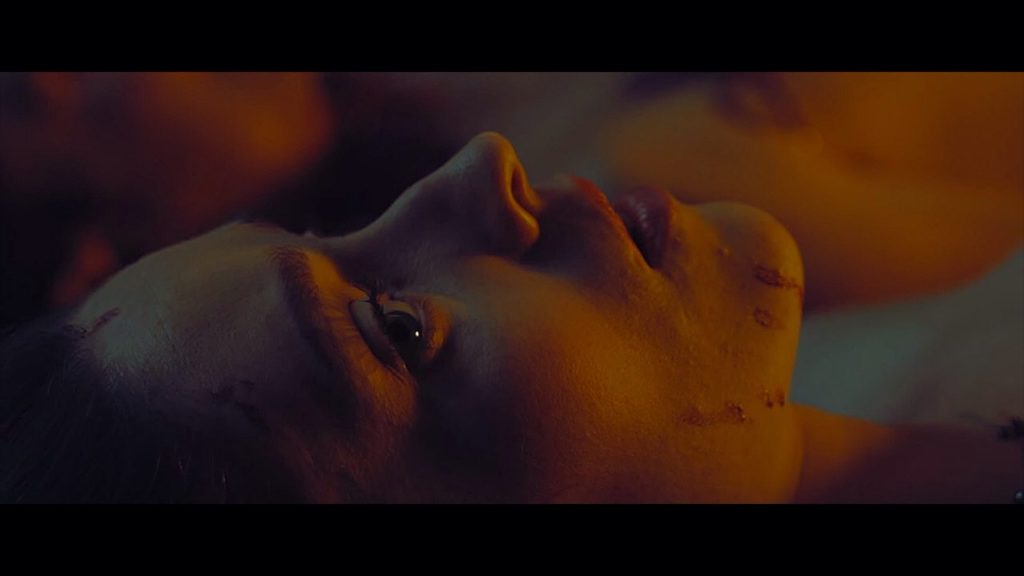 Due to exposure to the Other Halves app, everybody starts having sex and killing each other off one by one. During the chaos there is growing tension about who developed the app, and who knew what it could make people do. The dramatic strain adds to the dynamics of the characters. It’s all a bit of a mindfuck, and kept me on the edge of my seat. The whole time though, I expected a surprise in the story that doesn’t quite materialize. There are several points in the movie where the action lagged and my interest waned a bit.

The third act pulled me back into the film. It’s a trippy, wild ride that had me questioning what was real and what was all in the heads of the characters. It almost had a LET’S SCARE JESSICA TO DEATH feel to it. I also enjoyed the finale. The strobe lights and bloody messages painted on the walls and the windows really had a funhouse/haunted house effect I dug, all classic tropes that were well deployed. All the characters fell victim to the app in one way or another, and the character of Elle (Lianna Liew) played psychotic the best. She definitely shined brightest at the end of the film. 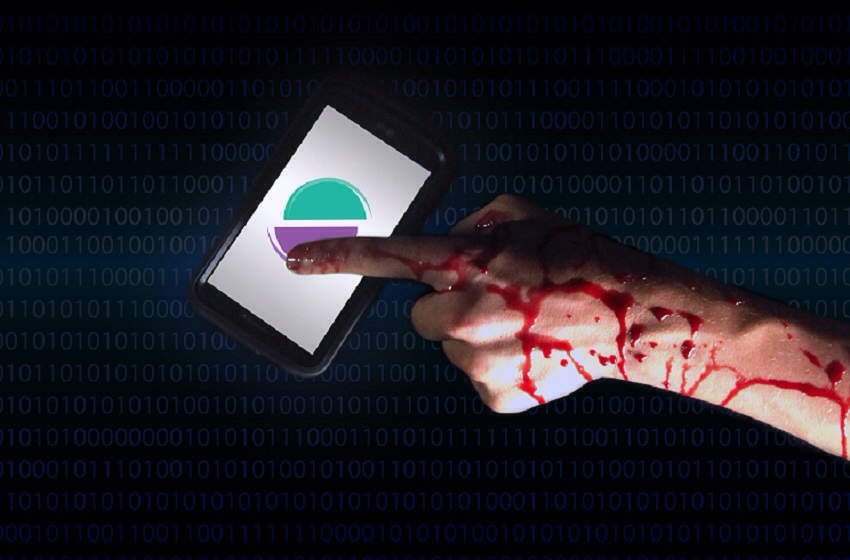 Yes, I have seen a lot of similar films to OTHER HALVES in recent years, so it’s not a completely original idea, but I feel like this film is better than the rest of them. It actually seems to aim for a more adult audience. If the idea of a Craven-esque, meta slasher film mixed with techno fear J-horror madness sounds interesting to you, then you might want to give OTHER HALVES a chance.