When I was five or six, karate was just about the coolest thing any kid could be into, not taekwondo, not jiu-jitsu, not judo, but karate. Some of my friends’ parents could afford to send them to karate class, but not mine, and that was understandable. Luckily, I got to enjoy the karate craze through movies and television. KARATE KILL brings back that 1980s nostalgia, in an over-the-top, gore-filled homage. 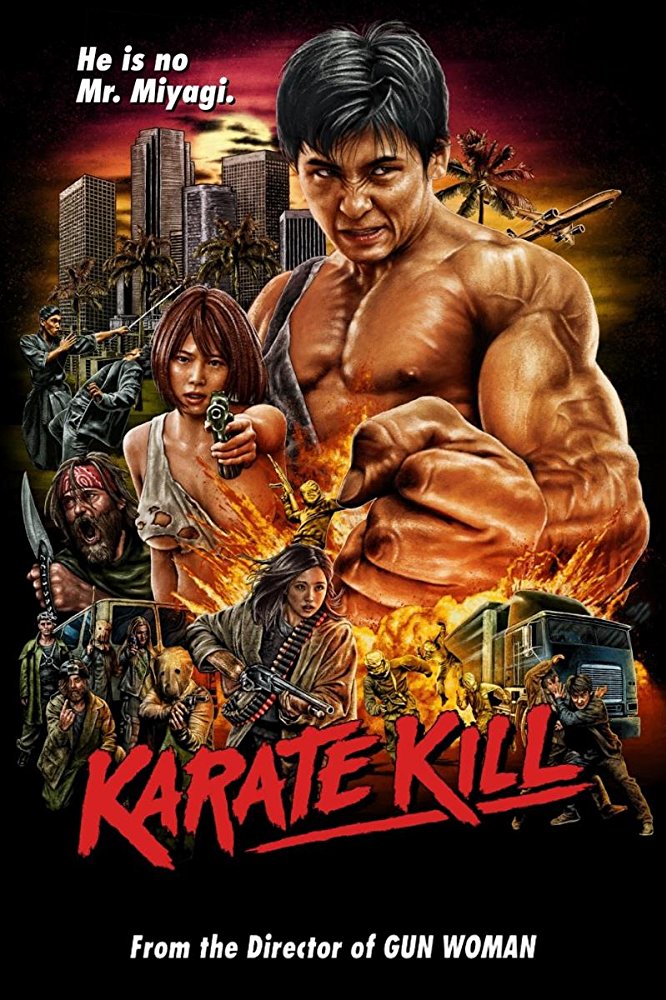 KARATE KILL starts off intense from the first second. The movie has barely even started, and its classical-styled bombastic score is giving me chills. No time is wasted when protagonist Kenji (Hayate) discovers that his little sister Mayumi (Mana Sakura) has gone missing in Los Angeles. A quick plane ride, and Kenji is ready to kick some ass!

First stop is Mayumi’s apartment building. It’s a dump in the ghetto, filled with perverts and junkies. There’s action immediately — it goes from a scumbag eating out a hooker’s ass, to Kenji beating the shit out of the guy! It’s a bloody beat-down where the guy’s face is repeatedly thrown into a floor full of broken glass. Dude! Awesome! Before the title even comes up on the screen, there have already been two brutal pummelings.

Throughout the process of Kenji trying to track down his sister, it’s just one fight scene after another. At one point in the movie, you realize you can tell everyone who’s a badass in the movie by the way they take their shirts off before fighting. It’s like something you’d see out of the BLOODSPORT franchise. The level of brutality is just off-the-charts. Kenji fucking rips a guy’s ear off! So much blood.

So now Kenji discovers that his sister has been kidnapped by  cult called “Capital Messiah,” led by Vendenski (Kirk Geiger), who produces snuff videos for the dark net. Capital Messiah is like the Manson family, ONLY comprised of villains from CITIZEN TOXIE: THE TOXIC AVENGER IV. It’s corny, but it’s also ridiculous enough to be amazing! Which really invites the comparison: KARATE KILL is like a Japanese Troma film. There are more surprises and reversals in store: Nice to see Mayumi can defend herself. Genre films with strong female characters are definite plus. 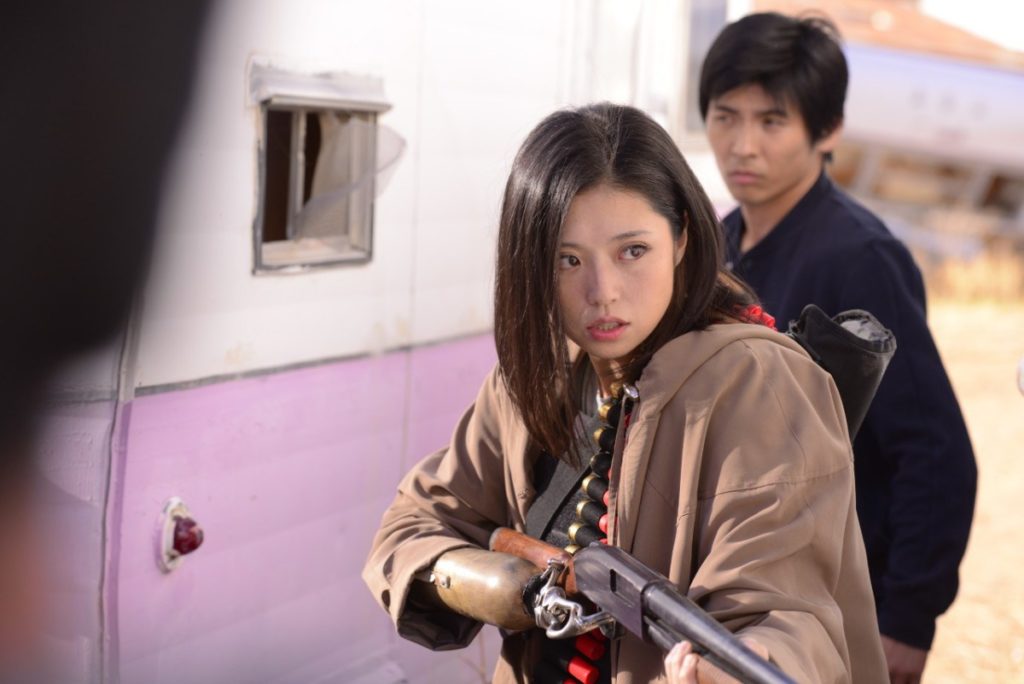 There’s a lot to enjoy in KARATE KILL. I love that the town Capital Messiah is hiding out in is named Hooper — a great nod to director Tobe Hooper. Seeing Kenji kick the shit out of some racist asshole made me clap out loud. At this point, we discover that Mayumi has only moved to Los Angeles and taken a job as “hostess” to get her brother Kenji an extra special birthday present. Seems legit. 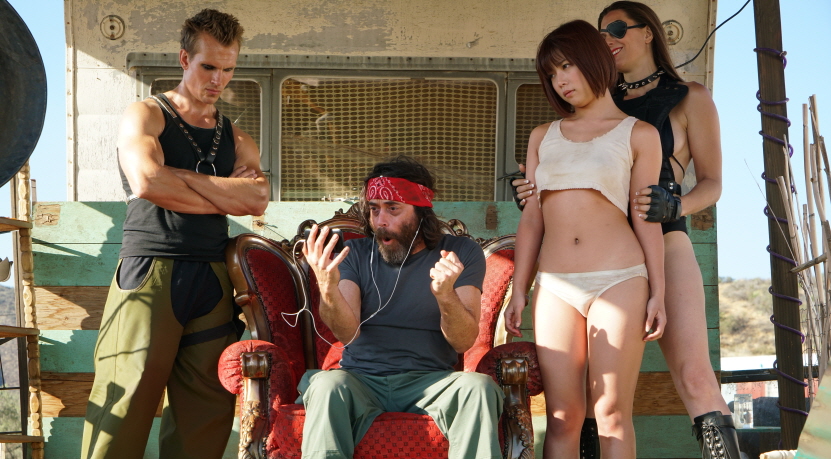 The insanity just keeps rolling down the tracks, and I coulfn’t get enough of it. There is a gun-training montage that should become a classic, and the scene leading up to the big showdown had me on the edge of my seat. The geysers of blood during the shootout are outrageous! Oh, and then big twist — the brainwashed prisoners side with their captors and double-cross Kenji. What the fuck!?!? To top off all the craziness, there is a battle to the death between Kenji and a Japanese sword master (David Sakuri) in the back of a semi-truck that’s driving all over the road… so bad ass!

KARATE KILL is brutal, old-school, and bloody as fuck. It had me cheering on the hero the whole time. Sure, there wasn’t much character development, but that’s not what KARATE KILL was about. Nice to see the sushi typhoon filmmaking movement isn’t dead. If you want a retro martial arts movie that knows what it is and has fun with that, then you have to see KARATE KILL. KARATE KILL is to martial arts films as TURBO KID is to post-apocalyptic fantasy films.