Recently, I’ve noticed some debate concerning what qualifies a horror movie as being “independent.” There shouldn’t be any argument: An indie horror film is one put together with little budget –sometimes no budget — but always with tons of passion. These films rely heavily on friends, family, and crowdfunding to help complete their vision. Few other recent films exemplify what it is to be an indie horror film today quite so much as SHE WAS SO PRETTY. 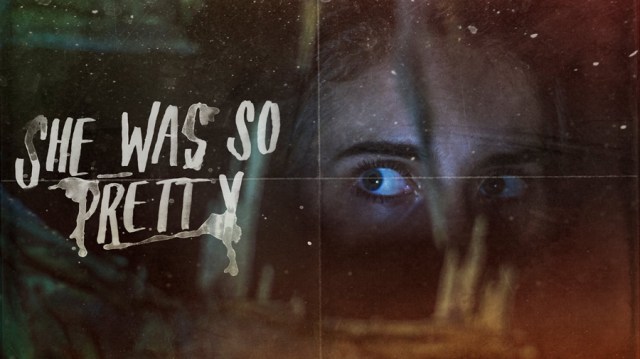 It’s hard to believe that SHE WAS SO PRETTY was made on such a limited budget. Some jerky critics may say that it shows, but for me what shows is that the cast and crew created art that is different. There is so much heart in SHE WAS SO PRETTY, that I got slightly choked-up watching it. I felt like a teenage cinephile again, seeing ERASERHEAD for the first time.

I’ve read online reviews criticizing the lighting, the camerawork, and the sound quality of SHE WAS SO PRETTY. For me, these were some of its most endearing qualities. Everything is shot on location, the camera is hand-held, the lighting is naturalistic: i.e. characters holding flashlights or spotlights. My initial reaction, was that this is what it would look like if Andy Warhol had directed a sleazy slasher film. It also brought to mind the cinematic movement of dogma 95, popularized by Harmony Korine’s masterpiece JULIEN DONKEY-BOY.

SHE WAS SO PRETTY is established as an archetypical slasher movie, set up with the trappings of a classic slasher set-up, where a group of young, good-looking people go partying in the woods and end up getting stalked and hacked up. As much as I love SHE WAS SO PRETTY, I’d argue this story arc is unnecessary. The best parts of this film take place in more populated areas. If they would have stuck to the more urban setting, it would have been a better film overall. It could have almost been a feminist take on the AUGUST UNDERGROUND trilogy. 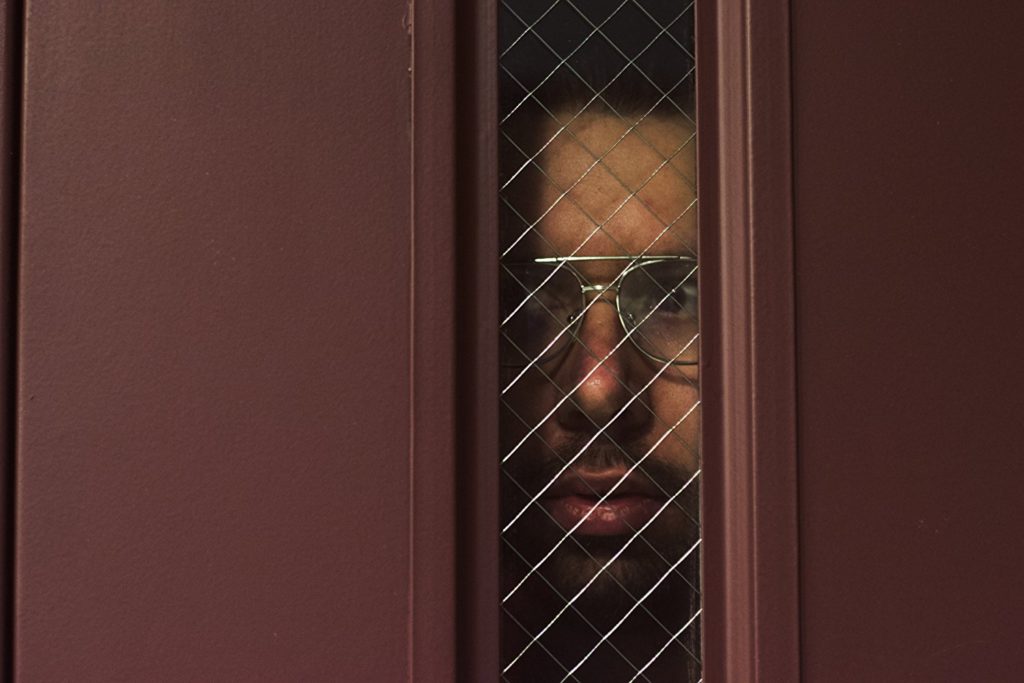 This is director Brooklyn Ewing’s first film, and she should be very proud of it. She has captured so much that has been missing from modern exploitation. Instead of going the easy route, and showing blatant sexual violence, she amps up the creepy factor, with her main character Alfred James Ellis III (Jerry Larew), also known as Alfie. Yes, Alfie is deranged and sick, and yes, Alfie physically tortures his girls, but in a strange way, he loves them. He loves the way they smell, and the way they feel. In this sense he reminds me of Leatherface in THE TEXAS CHAINSAW MASSACRE. He’s horrifying, but at the same time, somewhat sympathetic.

I really think that actor Jerry Larew should win some kind of award for his portrayal of Alfie. His amazing portrayal of the psychopath is brilliant. He’s menacing, and demented. He really brings to mind Joe Spinell’s iconic character of Frank Zito, in the 1980 classic MANIAC. Jerry Larew and director Brooklyn Ewing have created one of the most iconic characters in modern indie horror.

My only problem with Alfie is that throughout most of the movie he is mute, but towards the end of the film, he is confronted by Detective Baldwin (Chris Parsons), who questions him on the disappearance of Valerie Vestron (Whitlee Flinn). Alfie only whispers a few lines, but I feel even that does the character a disservice. 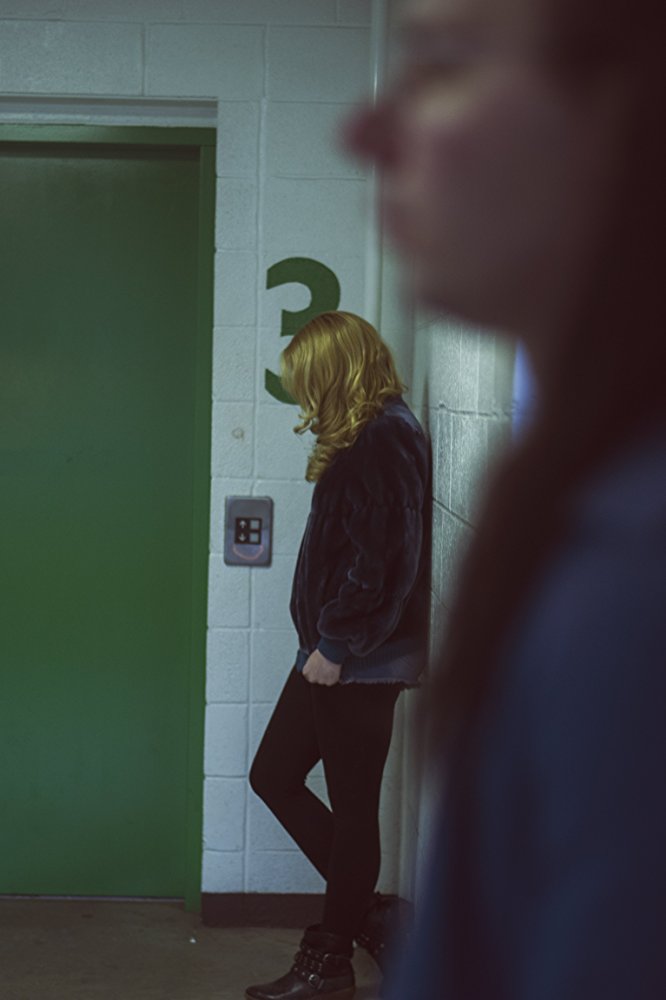 I really wish that SHE WAS SO PRETTY was just Alfie and his girls. The rest of the cast are more stiff in their acting, and that’s understandable. They aren’t professional actors. The worst of it, though, is Detective Baldwin. He is supposed to bring comic relief to the film, and does, but that ruins the menacing sense of dread, and to me, that is a greater crime than anything committed by Alfie.

SHE WAS SO PRETTY has one of the best soundtracks I’ve heard in a long time. The combination of a 1980s-style synth-driven score, a couple of faux hair-metal rock tunes, and a few neo-folk songs that sound like they’re straight out of the movie JUNO really help elevate the brilliance of this film.

Despite the mostly cardboard cast and the worn-out story line, I still can’t stop thinking about SHE WAS SO PRETTY. I just love the raw aesthetic so much. It’s modern outlaw cinema. It feels like it was made in the 1970s, and that’s a beautiful thing. I usually get mad at movie with no real narrative, but I think SHE WAS SO PRETTY would have actually been a bigger mind-blower with no explanation or story. Less trying to be a “horror movie” and more art, and I think SHE WAS SO PRETTY could have reached cinematic perfection. 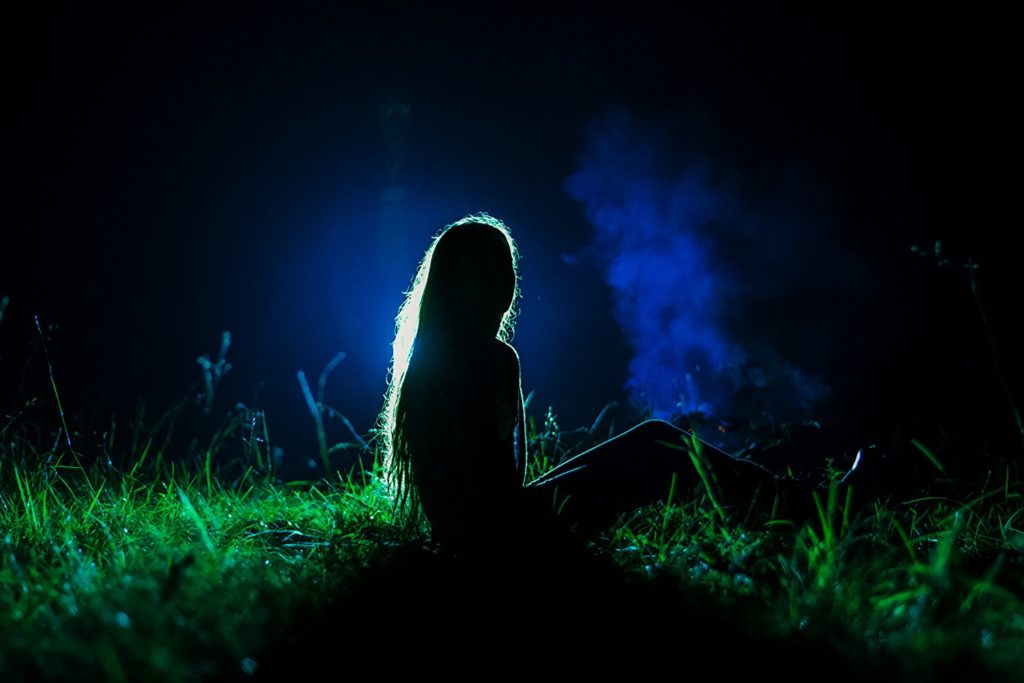 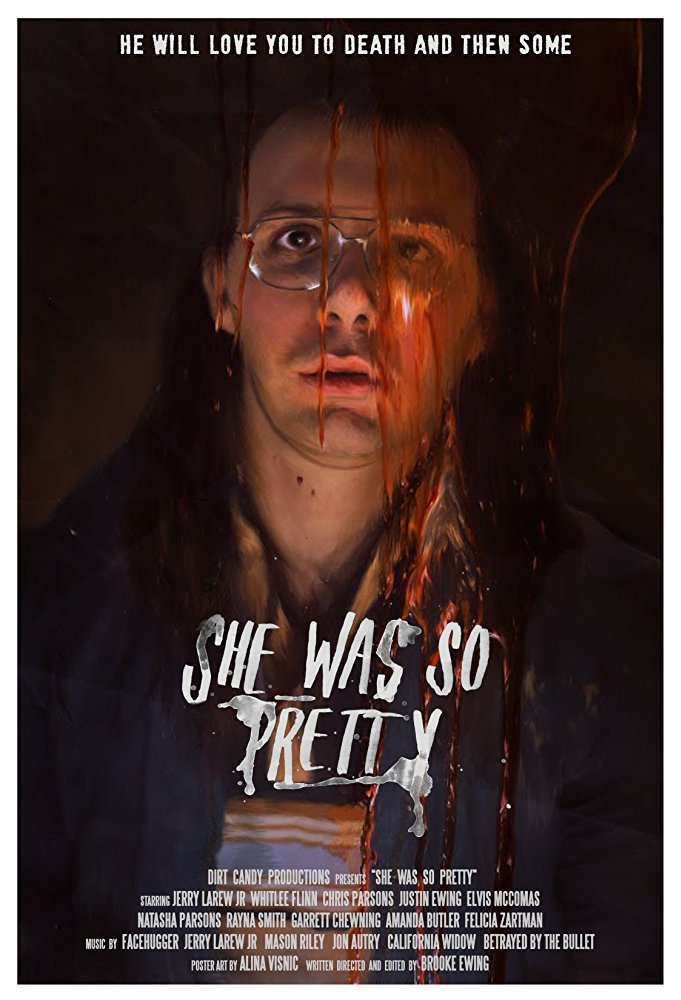