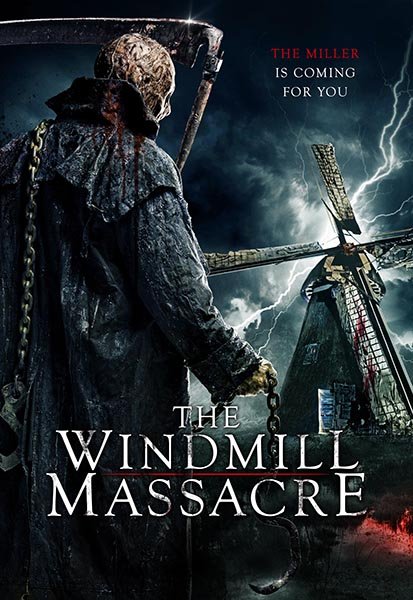 The majority of the time, sub-genre mashups don’t pan out the way they are supposed to, and the audience winds up with a mess that no one enjoys. Given the thought of combining a slasher movie with a ghost story, I almost immediately get turned off. It’s been done, and successfully, with horror franchises like FRIDAY THE 13TH and HATCHET. More often than not these attempt falls flat. THE WINDMILL not only successfully combines the sub-genres of ghost stories and slasher films, but it is done well and in the strictest deadpan. THE WINDMILL has no sense of humor, and I appreciate it all the more for that.
Opening the movie with an unexplained fire is a great way to capture the audience’s attention without resorting to cheap scares or gratuitous violence. I’m immediately drawn into THE WINDMILL. I want to know what this fire is about, who caused it, and what its relevance to the story is. 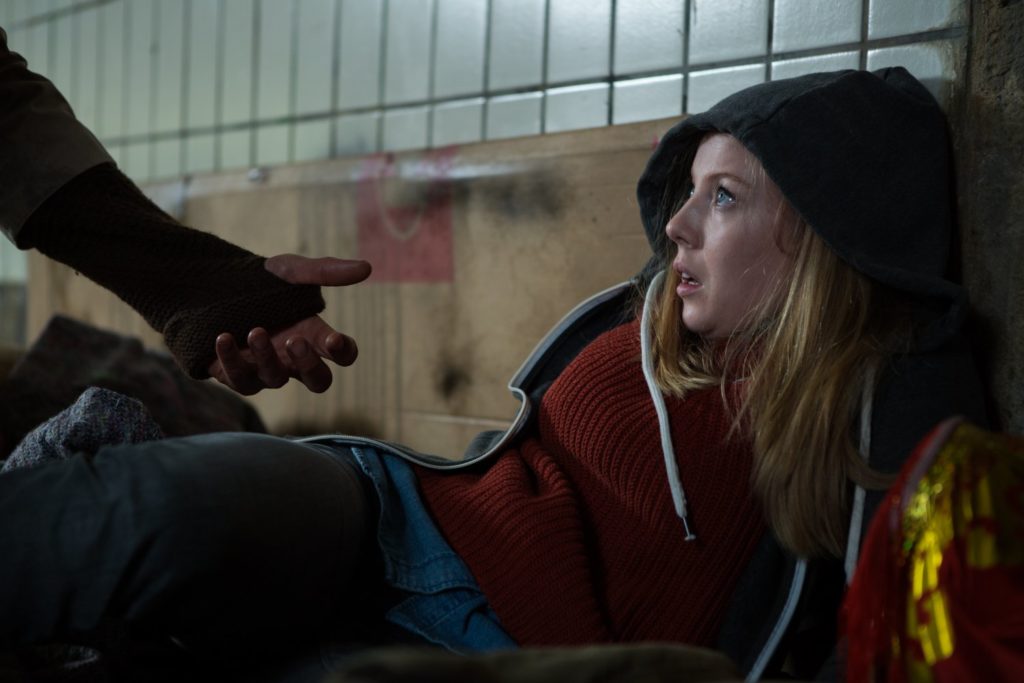 As the characters are introduced, it doesn’t seem like they have much in common with each other. Jennifer (Charlotte Beaumont) is a sweet girl trying to make it as a nanny, but with a secret and a temper she has to flee. With nowhere else to go she winds up on a tour bus that features windmills of Amsterdam. Along for the ride is a Dr. named Nicholas (Noah Taylor) who is also running from his past, Douglas (Patrick Baladi) who is a soldier that needs some time to himself, father and son Jackson (Ben Batt) and Curt (Adam Thomas Wright), down on her luck photographer Ruby (Fiona Hampton), and Japanese loaner Takashi (Tanroh Ishida). The only thing that all these character seem to have in common is that they all have their own deadly personal secrets. The cast is top notch! You couldn’t ask for batter acting in an independent horror movie. Every actor knew who their character is and played them exceptionally. 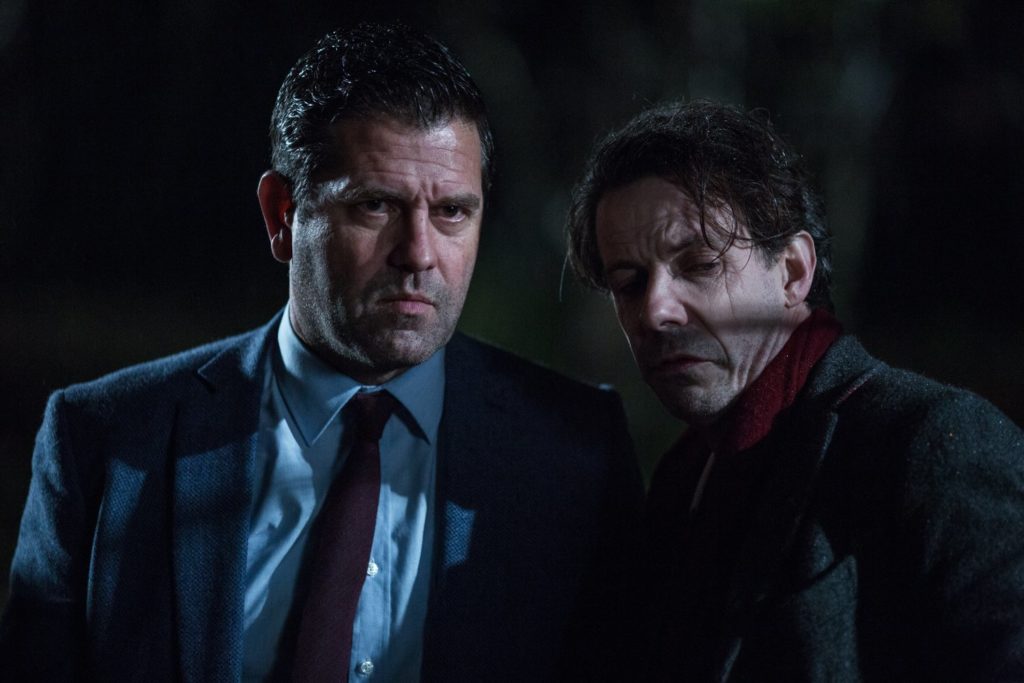 As the windmill tour pushes on ghostly voices begin to visit the passengers on the bus. I know this is a tired cliche, but it still gave me chills. THE WINDMILL knows what’s spooky, and they do it right! Shortly after the voices start the bus hits a ditch and breaks down. Where else would they seek refuge besides an old dilapidated windmill that isn’t on a map. Idiots! Now the voices manifest in actual apparitions. Creepiness factor is amped up a few notches. 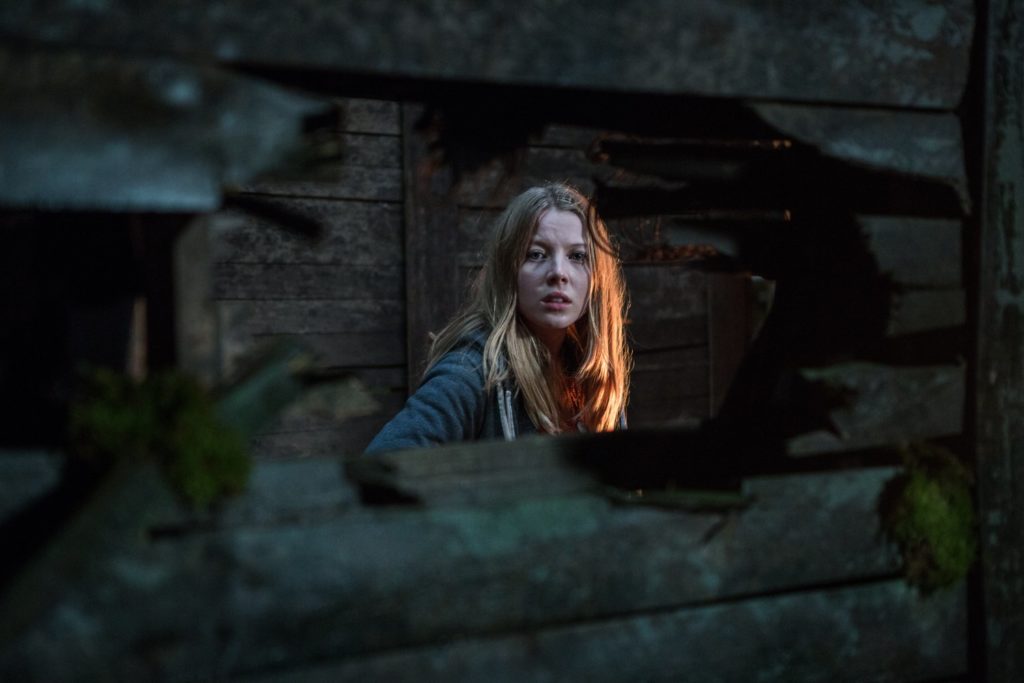 Just when I’m on the edge of my seat with THE WINDMILL being a straight up ghost story, a demonic slasher is brought in. I’m not sure about this at first, but the level of brutal gore immediately pumps me up! The carnage is plentiful and well placed! The characters secrets and visions of deaths bring about the killer, and the dream like sequences are mesmerizing.
Elements of folklore, witchcraft, and Satan worship are introduced to the plot. It seems like with so many components THE WINDMILL would become convoluted, but it didn’t. All the different sub-genres fit well with each other.
The group immediately starts pointing fingers. Blame and fear turn to anger, and the conflict between the characters makes the movie all that more interesting to watch. I also appreciated that since none of the other characters spoke fluent Japanese, their was no subtitles for Takashi. This just added to the tension. 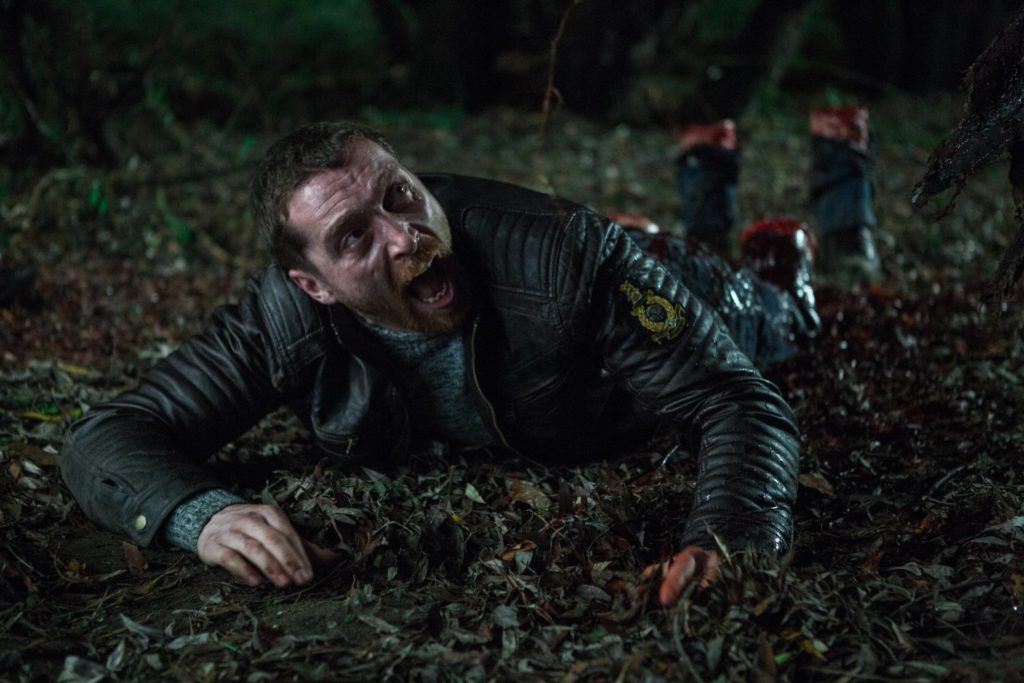 You gotta love a strong final girl, and THE WINDMILL delivers! Not only that, but there is a great “fuck yeah” moment towards the end that has an intense HELLRAISER feel to it, and a twist that I didn’t see coming. I’ve watched so many horror movies over the years, that not to see a twist coming really is something special. 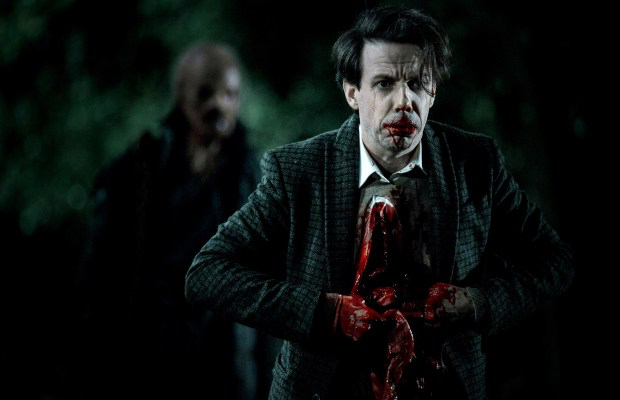 The only negative thing I can say about THE WINDMILL, is that at times the CGI effects looked shitty. I couldn’t tell if the CGI was supposed to be bad, as an homage to 80’s horror, or if it was just bad. Either way, it was a bummer. Sure THE WINDMILL isn’t 100% an original idea, but it isn’t a sequel, a prequel, or a remake, and it’s really well done. I can overlook some bad CGI and cliche horror movie tropes, when a movie like this has so many good things going for it! THE WINDMILL is dark, serious, and gory as fuck! HIGHLY RECOMMENDED!