Early last month, Vogue threw its annual Met Gala event where beautiful and/or rich people try to outdo each other to exemplify the theme of the night. This year’s theme was “camp” — which seems like a pretty dick move to challenge Celebrity Brands to nail an idea as hard to pin down as camp. Camp is usually defined as exaggerated, or overly theatrical, or ironic, or reveling in bad taste—and it is all of those things, but it doesn’t have to be. Completely opposite aesthetics and actions and pieces of art can be camp, depending on the attitude of the creators or the spirit of the audience embracing it. Like pornography or even the designation of horror, camp seems to be in the eye of the beholder and people will know it when they see it. Or, if you want an easier definition, go see MA, directed by Tate Taylor and written by Scotty Landes.

MA is a Lifetime movie writ large, with bad language and a body count, or, the precursor to those, a return to the “domestic terror” films of the ’90s where idyllic family life is threatened by an incredibly intense psychopath who happens to have worked their way into the family’s inner circle (THE HAND THAT ROCKS THE CRADLE, PACIFIC HEIGHTS, SINGLE WHITE FEMALE, THE CRUSH, POISON IVY, THE PAPERBOY). It is filled with maniacal moments that eschew realism for high theatricality, serving up scenes that will have people cackling with morbid delight. What Taylor and Landes (and star Octavia Spencer, whom it was reported as having a hand in shaping her character and story) have done, pretty ingeniously, is meld that dusty subgenre with the old school slasher trope of revenge from TERROR TRAIN and SLAUGHTER HIGH and the like, to create something that is both over the top while still being oddly human and sympathetic. It’s a really fun time without feeling vapid or craven.

Maggie (Diane Silvers) and her mother, Erica (Juliette Lewis), have just moved back to Erica’s hometown after her parents’ divorce. The new girl is quickly adopted into a group of average high school friends — Haley (McKaley Miller), Chaz (Gianni Paolo), Darrell (Dante Brown), and Maggie’s crush Andy (Corey Fogelmanis). Looking to get alcohol and party, the teens happen to ask Sue Ann (Spencer) to buy it for them. She helps them out a few times, ultimately leading to the kids drinking and hanging out in Sue Ann’s basement as a way to make sure that they don’t get hurt or in trouble. They adopt this kooky older lady as basically their mascot and start calling her “Ma.” Of course, unbeknownst to them, Sue Ann isn’t just being a cool adult. She grew up in that small town with many of their parents and has her own reasons for getting close to them. 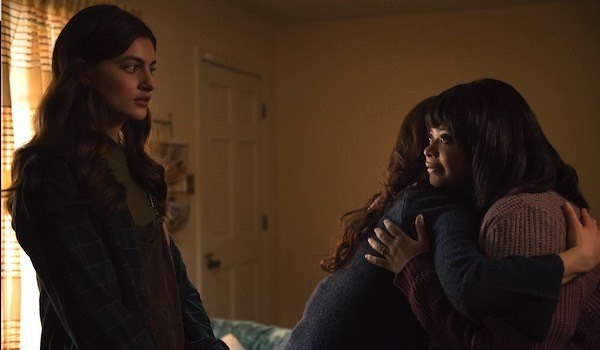 MA isn’t a high body-count movie, or gory, or really revolutionary in any boundary-pushing manner that will leave horror audiences gasping at the shocking turns of events. But, while it doesn’t completely subvert expectations or scandalize, it does enough zagging instead of zigging to reveal unexpected developments in small ways that end up having a big impact. When Andy’s father, Ben (Luke Evans), gets involved in the plot, viewers will expect a particular role for him in the backstory and as well as a certain outcome for him once he’s in Sue Ann’s crosshairs. But the filmmakers make enough small adjustments and clever choices to make it feel fresh and engaging. The cast is game for all of the tawdry and campy shenanigans, delivering solid performances that never wink at the camera but seem sincere; the teens are kind of douchey in that narcissistic way that young folk are, but they’re not actively trying to be hurtful or bad.

The sun around which this whole film revolves, though, is Octavia Spencer with an incredible performance that showcases a serious range. She seems relatable and meek, then hilarious, then bursting with manic anger, then revealing depths of pain, then crafty like a Bond villain — but it all feels like parts of the same character that come together to make an engrossing tapestry instead of a disjointed quilt. There are so many meme-able and quotable moments from her in MA, all displaying moods at the height of their theatricality without seeming like a caricature. Viewers will root for her, be terrified of her, sympathize with her, and then hope she gets her comeuppance all within its tight 99-minute running time. 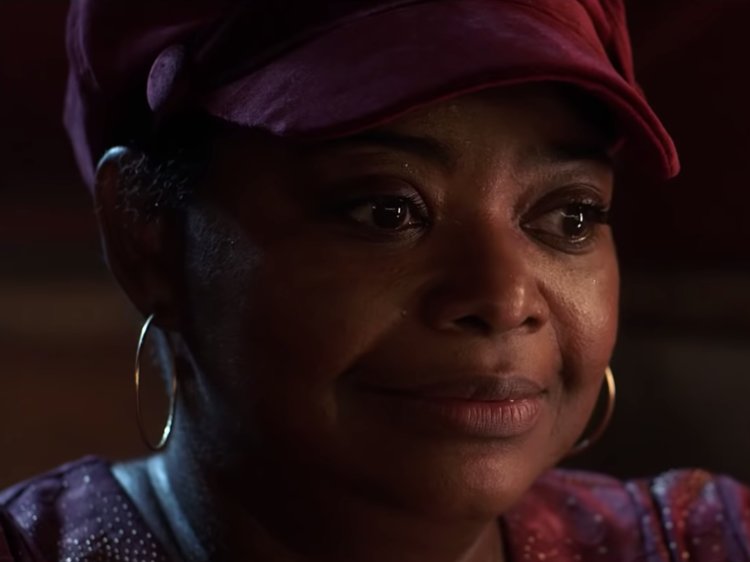 There are questions about both the gender and racial elements involved with MA and whether the director of (the well-intentioned but utterly tone-deaf) THE HELP would properly address them. Better writers with more insight and experience than I could ever possess, like Ashlee Blackwell at Graveyard Shift Sisters and Ellen E. Jones at the BBC, have openly pondered how the seemingly “Mammy” trope would be used, misused, or subverted by Taylor’s latest movie. Does the film address these gender and racial elements in society that force certain people to only be seen in certain ways? MA‘s answer, as far as I could tell, is “sorta?” It doesn’t overtly go into those dynamics, but there are both visual and dialogue clues that show there is thought put into it. Whenever Darrell tries to bond with Sue Ann over their shared ethnicity, Sue Ann stone cold rejects it, recognizing them both as the token pieces they are to this group of self-obsessed white kids. And the imagery very much makes it that Sue Ann is an outsider amongst the town, minority of a minority in a rust belt area that is dying a slow death, which makes it easier for people to underestimate her while also thinking they can outsmart her and force their social hierarchy upon her. The mascot aspect of the “Ma” persona as a good-time clown for these high-schoolers isn’t an accident and adds weight to Sue Ann’s motive and vengeance. While it could have been dealt with more overtly or at least more forcefully (and I’m guessing the amount it’s dealt with at all comes from Spencer’s work on the script and as a producer), there are attempts at showing how these false personas being foisted on people can lead to a violent rejection of them.

MA isn’t fine art. Taylor’s movie is not remaking the horror mold or doing anything revolutionary. But it is a fun, gleeful slice of camp that has some serious thoughts on its mind while being a mash-up of subgenres from yesteryear. Spencer is incredible, the story is engrossing, and it feels like all involved were on the same page of the type of film they were making. For those looking for a good time at the movies with plenty of laugh lines, bits of violent shock, and a stirring performance, then MA will fit the bill nicely. Also, if someone doesn’t play Sue Ann on next season’s “Snatch Game” on RuPaul’s Drag Race, then what are we even doing here?