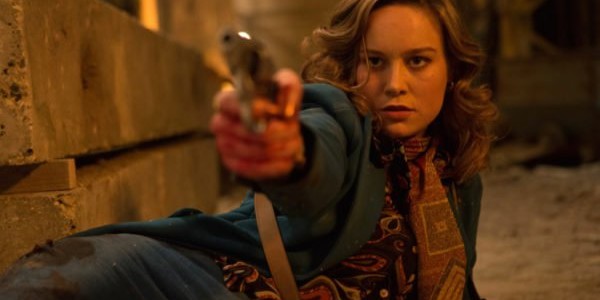 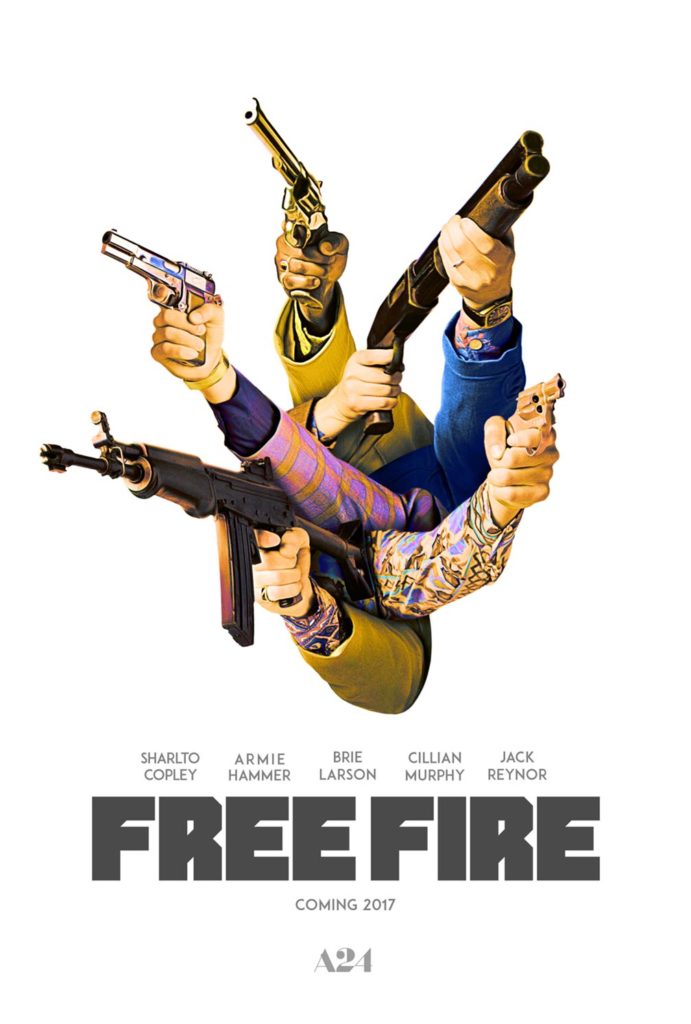 Boston, sometime in the 1970s. A van barrels down the mean streets of Beantown, a dilapitated jalopy piloted by a pair of knuckleheaded, wiseacre junkies, jawboning about the night before, when Stevo (Sam Riley), a scrawny macho misfit with a needling whine of a voice, got a black eye in a bar brawl. It’s not a good look for Stevo’s first night on the job: they are headed to an out of the way part of town, to a derelict old factory, to be the hired muscle for one side of an illegal arms deal. Chris (Cillian Murphy) and Frank (Michael Smiley) are IRA fighters looking to purchase a stock of weapons from preening South African arms dealer Vern (Sharlto Copley), a deal brokered by a pair of fuzzily allegiant area brokers, Ord (Armie Hammer) and Justine (Brie Larson.) The situation is already tense and dripping with mistrust. Ord’s smartass style rubs the older, all-business Frank the wring way. Justine has to put up with sexist barbs from… most of the men, really. Vern has brought the wrong merchandise. It’s a tenuous scene, at best, so when it turns out that one of Vern’s hired goons (Jack Reynor) is the same man who punched out Stevo the night before, and that he had every reason to, it’s only so long before bad blood boils and the first shot is fired. 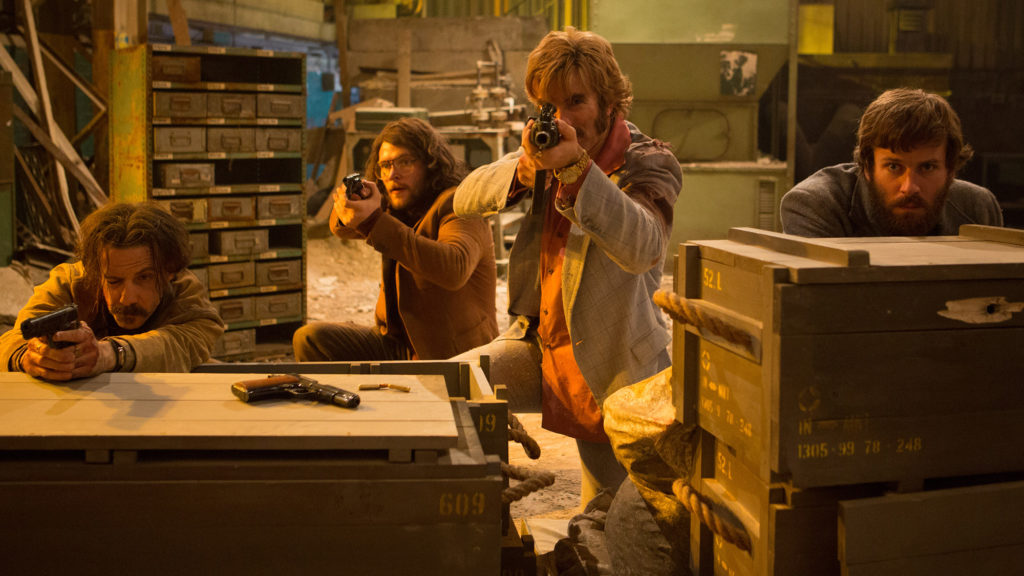 Cult British director Ben Wheatley has built a small but substantial career of idiosyncratic, auteurist genre throwbacks that somehow feel simultaneously unclassifiable and of a piece with each other. Wheatley is a restless magpie, flitting from one tone and style and genre to another, often blending disparate modes, whether meshing Ken Loach and THE WICKER MAN, dabbling in psychotronic ’60s-style black and white psychedelia or indulging his inner Ken Russell in a brutalist haves-vs.-have-nots dystopia, all while feeling distinctly and recognizably a “Ben Wheatley film.” With FREE FIRE he’s zagged again, ditching the formalist weirdness of his last two films for something looser, pulpier and more willfully insubstantial. 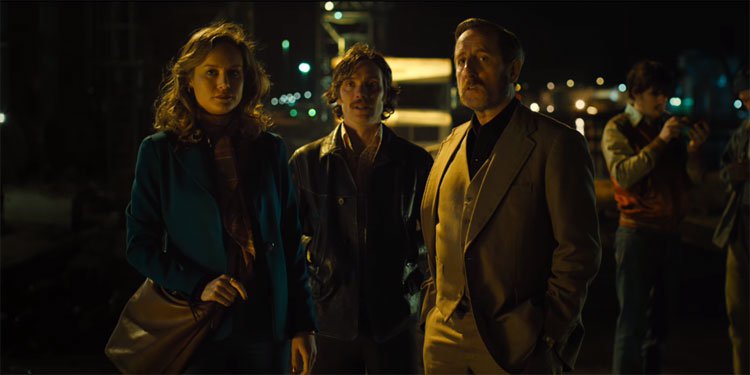 In some ways, FREE FIRE is Wheatley’s “worst” film thus far, if only because it’s so inherently about nothing other than its cheeky, intentionally thin plot. But “worst” is subjective because a) his most divisive film HIGH-RISE has as much hate as it does love and b) this isn’t really a complaint. FREE FIRE is Wheatley’s fun film, his “fuck around” film, taking gritty ’70s action films running them through a Wile E. Coyote ringer. Except for some scene establishing opening scenes, this becomes a feature length shootout, a tale told of sound and fury, signifying macho idiocy. Once triggers get happy, everyone shoots, gets shot and ducks for cover, flesh wounds abounding and insults pinging across the room as fast and as plentiful as the bullets. 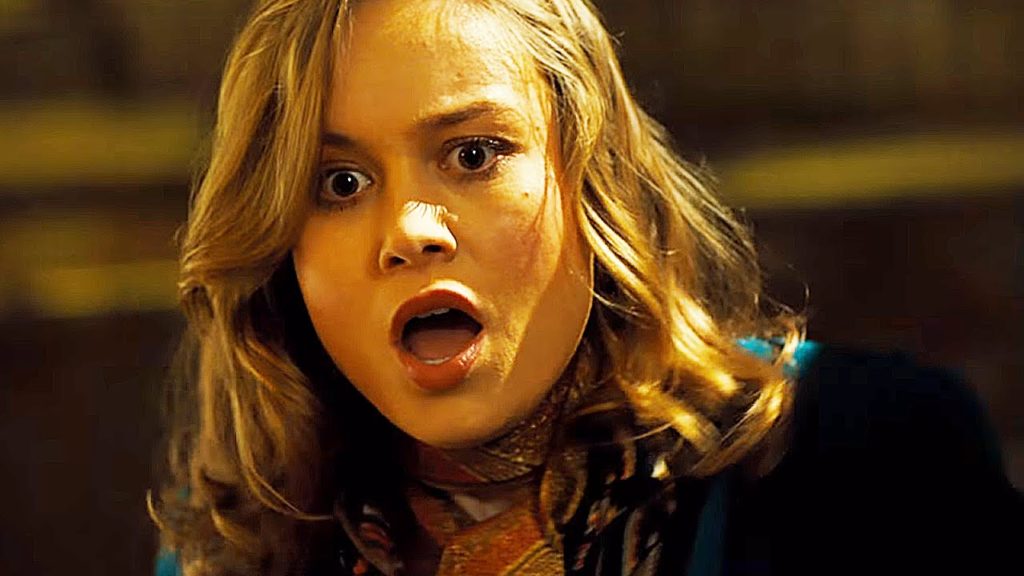 Of course, Wheatley has to sustain interest in a movie that is almost literally nothing but people shooting at each other for an hour and a half. Here, he’s less interested in maintaining tension — he draws out for as long as the possible when the first man fires, but once he does, it’s mostly a countdown to when characters finally start succumbing to their wounds. Instead, he treats FREE FIRE as a sort of perverse comedy, anchored by a capable cast of mouthy eccentrics. Motivations in the fight remain diverse, from trying to maintain a hold on a satchel of cash, to revenge, to simple survival, and the discovery of a working phone ringing in an upstairs office only further adds to the acidic acrimony. Wheatley, who also edited alongside his wife and co-screewnwriter Amy Jump, and his cinematographer, Laurie Rose, keep the visuals varied and interesting, a necessity in such a claustrophobic space, and the verbal volleys between characters help patch over when the action becomes a repetitive or confusing. It also helps that Wheatley has assembled an ace cast, with Copley doing peak Copley, Hammer getting all the best lines as a suave, nonchalant crook who’d rather get stoned, Riley overcoming his dodgy Bostonian accent with his skittery crackhead routine and Larson and Murphy being the grounding for this cast of peacocking weirdos. 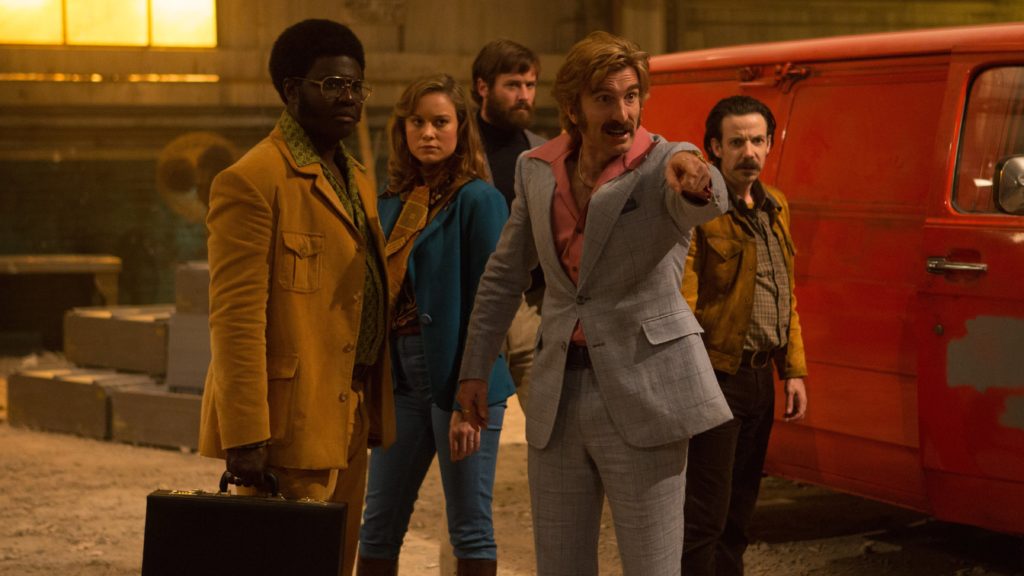 On the surface, this feels like Wheatley returning to the Tarantinoid crime cinema of the ’90s, all stylized violence and suave wise-cracking gangsters with attitude. Really, though, this a hyperviolent Tom and Jerry cartoon, finding mordant wit in the slapstick violence reaped upon in its dozen or so of criminally-inclined bozos. Squint and you could maybe see Wheatley making some sort of commentary on the failures and limits of aggressive masculine bluster, and if that spoonful of medicine is needed to make the sugar go down, than by all means its there for the grabbing. But for the sick of mind who would giggle at the thought of a bullet tearing through flesh being used as a punchline, than this is the kind of disreputable good time for you.