Home  ⁄  The Wire  ⁄  [TIFF ‘21] ‘VENGEANCE IS MINE, ALL OTHERS PAY CASH’ IS A CHARMING, THOUGHT-PROVOKING ACTION THROWBACK

I owe a lot of my film knowledge and appreciation to my father. When I was younger, I would often wake up to find him in the living room, watching movies. I was introduced to many genres of film from simply waking up and joining him on the couch. One such genre I was introduced to this way was the martial arts action flick. 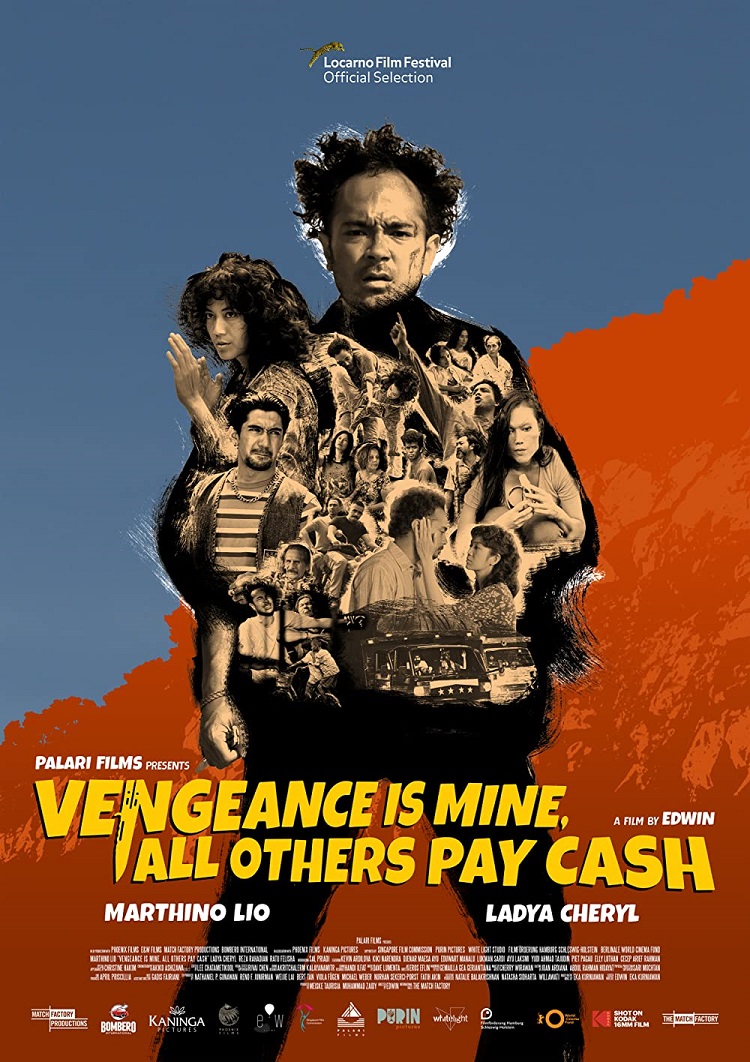 While not as high-octane as a typical martial arts film, VENGEANCE IS MINE, ALL OTHERS PAY CASH would still fit right in with films such as FIST OF FURY and HAND OF DEATH. Indonesian director Edwin’s film follows Ajo (Marthino Lio), a street brawler who uses his love for fighting to compensate for what he perceives to be his lack of masculinity. However, a chance encounter with a badass bodyguard named Iteung (Ladya Cheryl) changes the course of his life forever.

What truly makes VENGEANCE stand out from other throwback attempts is its social commentary on gender expectations. Ajo’s love for fighting comes from his need to “make up” for his impotence. Even after falling in love with Iteung, he is seen as less of a man in his town because he can’t get it up. While this might sound funny, there is a dark origin to his condition that is handled respectfully throughout the film. Ajo’s dysfunction is not the only symbol of toxic masculinity in Vengeance, as many of the male characters, especially Budi (Reza Rahadian), all seem like caricatures of male archetypes. More subtle are its feminist themes, primarily upheld by Iteung and her dual role as both a caring wife and a ruthless fighter. 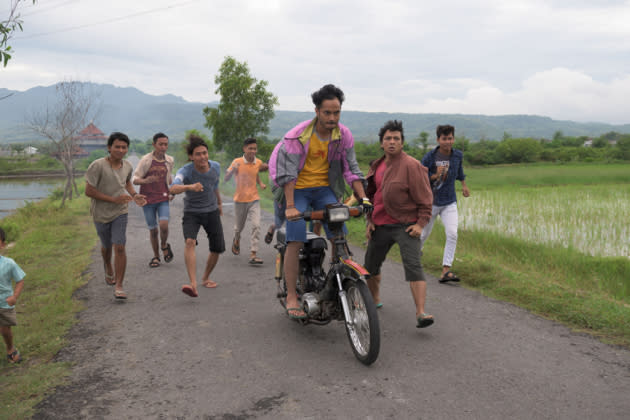 The film’s central fighting scene doubles as Ajo and Iteung’s meet-cute, fully showcasing the martial arts influences that are prevalent throughout the film’s runtime. Although there is not much action, the scenes we do get are well-choreographed and paying homage to the Chinese/Hong Kong action films of the 1970s. It is not just the choreography that evokes these films, as Edwin and cinematographer Akiko Ashizawa utilize 16mm film to its fullest extent. The movie even comes complete with its own film reel crackle!

Despite its somewhat straightforward premise, there is a lot that VENGEANCE tries to tackle once it reaches its third act. This attempt at genre and theme blending is where the film ends up faltering. Some storylines end up having unsatisfying resolutions, while main characters are suddenly introduced with little explanation of how they fit into the overarching plot. This shuffling does come down to VENGEANCE being as diverse in its genre as possible. While the ambition was clear, its scripting and pacing simply weren’t tight enough to be effective. 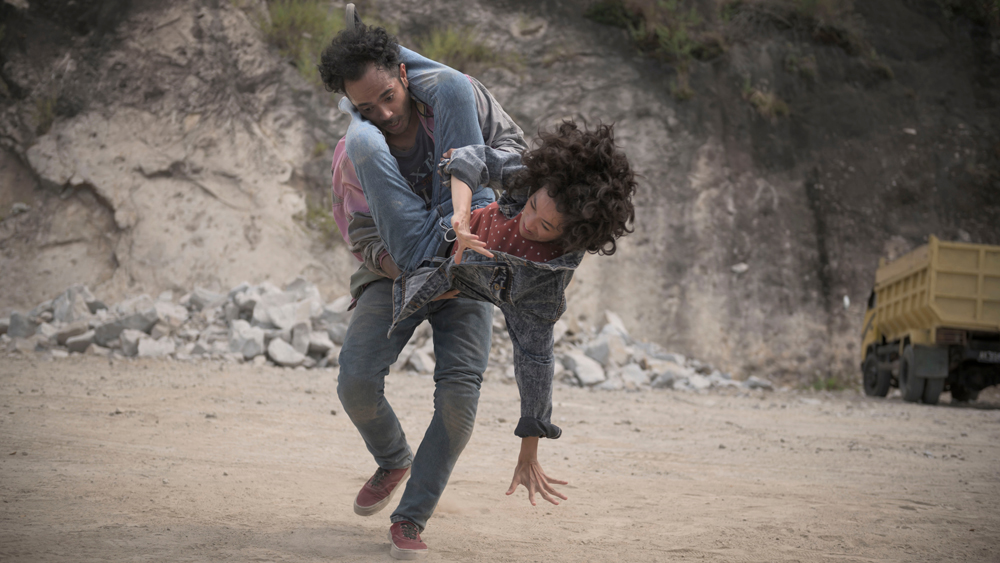 Although it could have benefitted from a more cohesive story, it is still a charming and surprisingly feel-good homage to films of a bygone era. Despite its dark moments, a lot feels somewhat comforting, from Lio and Cheryl’s authentic chemistry to the evident passion for ’70s action and thrillers put behind it. As one of the trucks in the film says in bright paint, you’ll “remember the feeling, not the name.” Although, how could you forget a name as kickass as VENGEANCE IS MINE, ALL OTHERS PAY CASH? 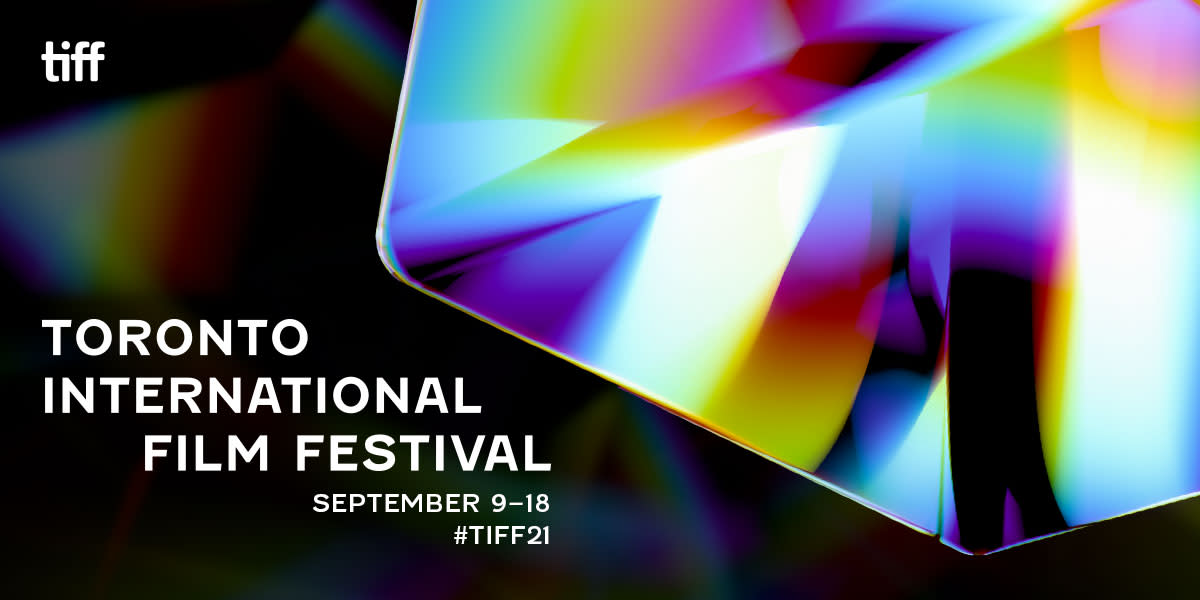 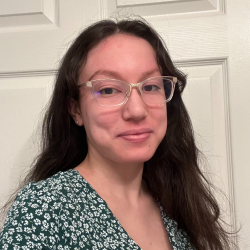 Erin Brady
Erin has loved the bizarre and macabre since she was a child. This early fascination has led her to become a film and culture writer whose works on horror have been featured in Collider, Fangoria, and Little White Lies among others. When not watching movies and writing about them, she can be found writing short stories or re-watching Death Note for the millionth time.