Home  ⁄  The Wire  ⁄  [WHAT THE FEST!? REVIEW] INTENSE PERFORMANCES CAN’T SAVE THE FRUSTRATING ‘TO THE NIGHT’

TO THE NIGHT is a deeply, unpleasantly frustrating film.

It sometimes feels as though that maybe director Peter Brunner maybe views that as a feature and not a bug, and if so, then he’s succeeded wildly, creating a film that almost dares you to not keep it at arm’s length. It’s a beautiful looking and well-acted film, but so vague, so ponderous and inert, so in love with a character not worth following, that it at times becomes an agonizing chore to get through.

Brunner wants us to like his lead character, Nelson (Caleb Landry Jones), or, at least sympathize with him. Nelson is an artist, scraggly and frail, who lives and works in the kind of spacious downtown lofts that one can only afford if they are trust fund babies. Nelson is haunted by a trauma from his past — his parents were killed in a house fire in their large family estate when he was a child. Their death’s have haunted him since, informing his art, his (lack of) mental stability and his relationships since.

Nelson is also an abusive jerk. He slaps his girlfriend around multiple times throughout the film, and often ignores his infant child in favor of going off to practice his art experiments — which, when they aren’t simply building dioramas of his burnt out childhood home, often put himself or the friends helping him construct them in danger. He’s seething and volatile and self-absorbed and had TO THE NIGHT acted as rebuke to “sad white guy” dramas like GARDEN STATE or the kinds of portraits of geniuses that falsely equate talent with madness, or had it explored Nelson’s mental state in a genuinely unvarnished, warts and all manor, it may have made for a compelling, if exceedingly minor, drama.

But Brunner frustrates by making everything unfocused and elliptical and seemingly always on Nelson’s side. The camera never really leaves Nelson, rarely straying away from his perspective, everyone else around him hostage to his bombed-out resentful id. Despite Landry’s ferocious performance, Nelson is never a character you want to invest in, to see where this journey takes him, to see if he gets better — or worse. He’s a one-note ball of twitchy, enervated trauma, repellent and insufferable. His art is pretentious, his attitude alienating, his behavior appalling. He never elicits sympathy, compassion or even any kind of detached interest. He’s a jerk, and a boring one at that. 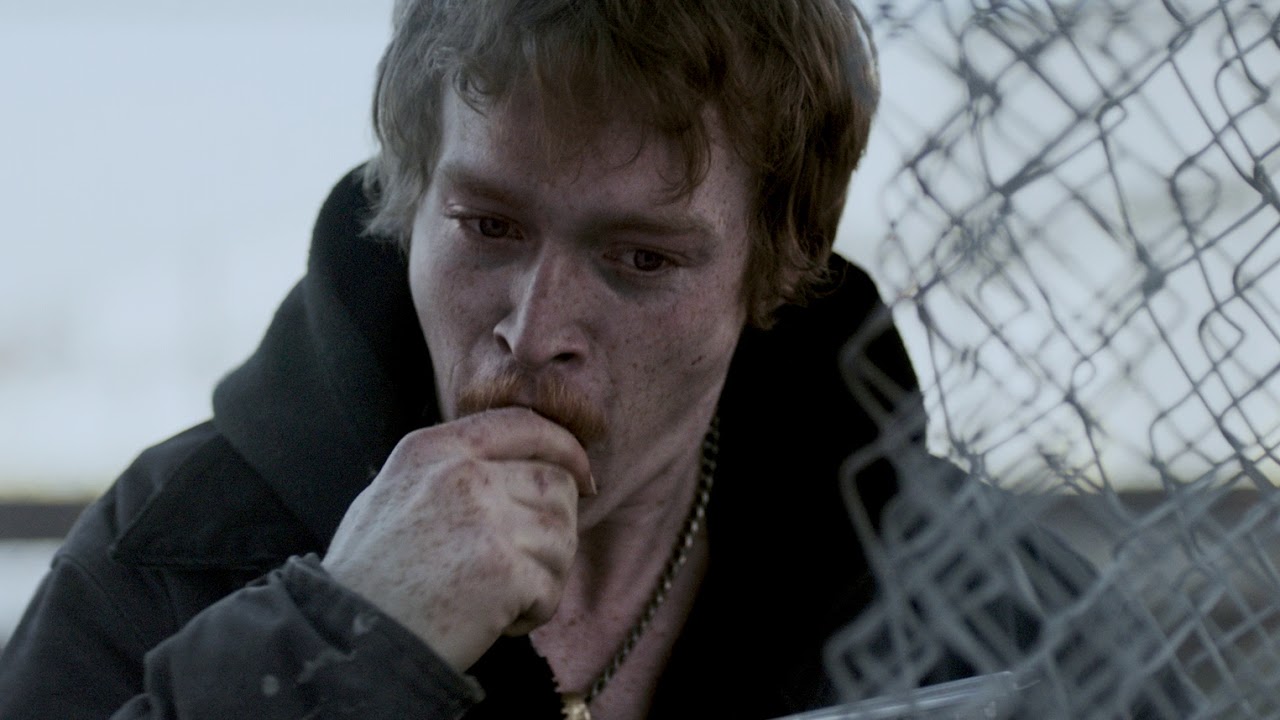 Brunner directs in the slippery, hummingbird like style of most modern indie films, all darting, drifting, unmoored handheld cams weaving in and out on abstract close-ups of faces and hair and objects, all dusted with moments of minor-key surrealism. The way everything is lit is gorgeous and alluring, and Brunner has found some very beautiful shooting locations — but to what end? To reinforce that, the devastation of his trauma aside, this is merely the world of a hyper-absorbed rich kid and the hangers-on who allow him to further be a toxic asshole.

There’s no real narrative here, just a (non-linear? Who knows, as it’s never made clear) series of scenes and moments and incidents mushed together, stringing us along on a wave of dreary monotony. The film never really builds to anything; it just plods with earnest detachment from image to the next, before finally ending. This isn’t so much experimental asa it is aimless, and it doesn’t offer anything in the way of drama or connection or substance or thought. Merely having your lead slap women around between scenes of him jittering and twitching and looking pensive doesn’t mean you’ve made a compelling work of art. It’s just dull, indulgent and pointless — and absolutely frustrating to watch. And it’s most frustrating because there’s some absolutely stellar stuff that should make this bleak drama soar, from the beautiful sheen of the cinematography to the the uniformly excellent performances, notably Landry’s searing, fully lived in work. But Brunner’s misplaced sympathies, schematic storytelling and discomfiting self-seriousness only serve to put TO THE NIGHT’s fires out.

Tags: Caleb Landry Jones, Drama, Peter Brunner, To The Night, What The Fest