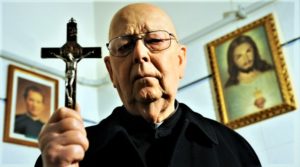 One of the most anticipated documentaries of 2018 for genre film fans is undoubtedly THE DEVIL AND FATHER AMORTH. Nearly 45 years after the release of THE EXORCIST, director William Friedkin returned to the subject of demonic possession to film an actual exorcism performed by Father Gabrielle Amorth. How much of the exorcism he was allowed to film and how much of that footage makes up the film is not known, but the hook of the director of THE EXORCIST returning to the subject as a documentarian (it’s worth noting that Friedkin began his career in documentary filmmaking) is too good to pass up. This first trailer keeps much of the more sensational footage (if it exists) off screen, but does at least offer up a film that debates the supernatural versus the psychological approach to dealing with the subject.

THE DEVIL AND FATHER AMORTH opens in New York and Los Angeles on April 20, 2018 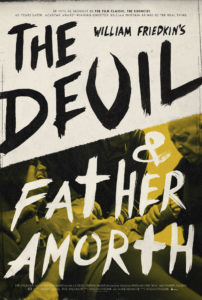