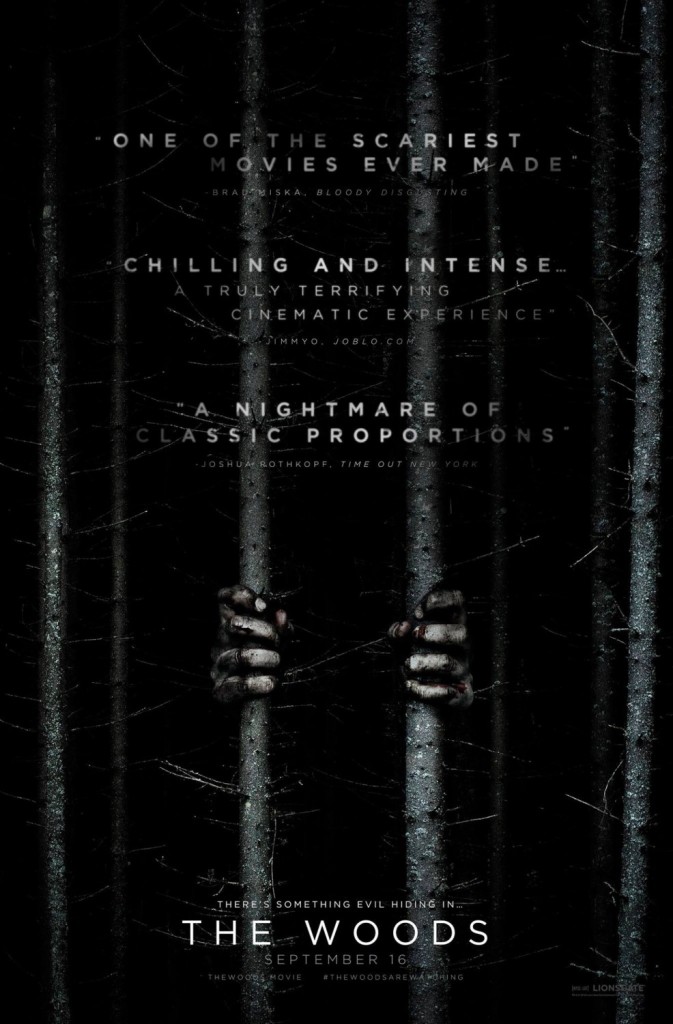 Well this is unexpected. THE WOODS has been on my radar for a while, since it’s made by Adam Wingard and Simon Barrett, the director-writer team who were behind the classic-on-arrival YOU’RE NEXT and THE GUEST, so whatever they did next together or individually was going to be highly anticipated. However, very little info has been floating around, aside from a light synopsis and a bare-bones IMDB page.

And today a new teaser trailer dropped with no preamble, packed with a whole lot of dread.

Well this looks fascinating. Wingard and Barrett’s previous collaborations have all played within certain slasher movie settings, but they’ve also subverted expectations and made them their own. THE WOODS is definitely playing at something way more intense than your regular FRIDAY THE 13TH riff. With its handheld camerawork and moody atmosphere, it looks like it has a lot more in common with French extremism than with Platinum Dunes. One way or the other, I think we can just assume that this isn’t going to be your regular stalk-and-slash.