The trailer for THE BLACKCOAT’S DAUGHTER implies that Oz Perkins has another trick up his sleeve. Originally released as FEBRUARY in the festival market, THE BLACKCOAT’S DAUGHTER follows a girl portrayed by Kiernan Shipka (Sally Draper herself) who is left behind at school during break. It’s during this time she hears rumors of some of the girls being devil worshippers and strange occurrences happen around school. Vibes coming from the trailer seem to indicate another genre offering utilizing more style than traditional narrative and I’m okay with that. I actually enjoyed I AM THE PRETTY THING THAT LIVES IN THE HOUSE and found myself hungry for a good haunted house novel. While Keirnan Shipka appears to be the lead here, it’s Emma Roberts who will draw attention to those scrolling through their list of VOD rentals. Already a genre staple with her recurring roles in AMERICAN HORROR STORY, Roberts has stepped out of her family’s shadow and created her own fanbase. Maybe it’s not a coincidence, with Perkins himself coming from a show business background. 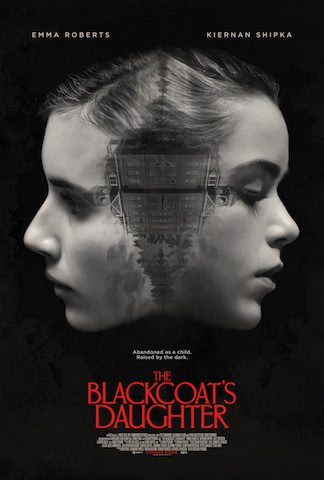 When I was growing up, there was a certain reaction one would get when mentioning a movie was straight to video. One might assume it was so mediocre that it was too embarrassing to make it to the theaters. Another might think it’s some sort of rip-off of a much large-scale film, utilizing that same imagery to fool consumers into renting it. Video stores are now a rare find, and those Friday nights of strolling down the Blockbuster aisle are stories we tell younger generations who have no reason to look up from their iPhones to watch what they want. Streaming services have become the prime market, especially Netflix which has successfully started to produce original content. Netflix has introduced a new kind of consumer: the binge watcher. Instead of waiting week to week for a new episode, we now want to watch every episode made all at once then jump onto the next series. With that being said, streaming services have now provided another way for filmmakers to distribute their content. This is something filmmakers are now hungering for as their artistic vision isn’t compromised in fear of poor box office results. 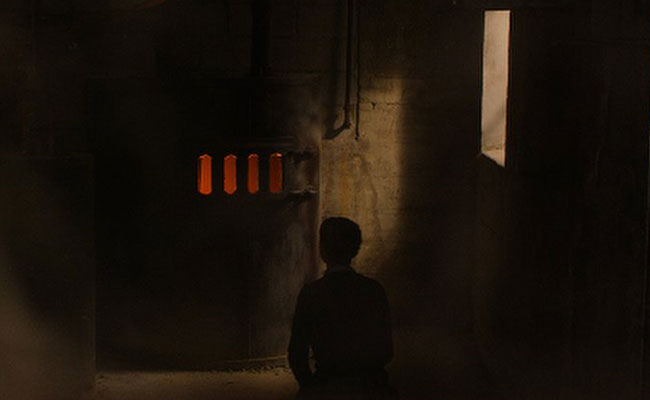 Netflix has been especially kind to actor-turned-writer/director Oz Perkins. They exclusively have been streaming I AM THE PRETTY THING THAT LIVES IN THE HOUSE, his atmospheric experiment in filmmaking that feels like a Shirley Jackson novel come to life. It flows at an unapologetically slower pace than most horror films and provides a questionable sense of what is real.

Check out this short clip from the film!