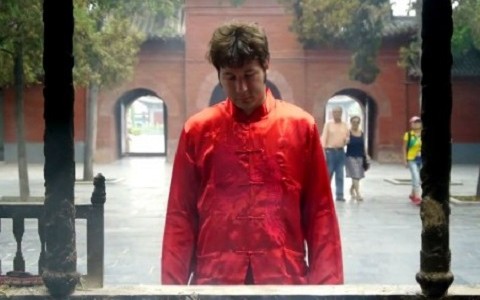 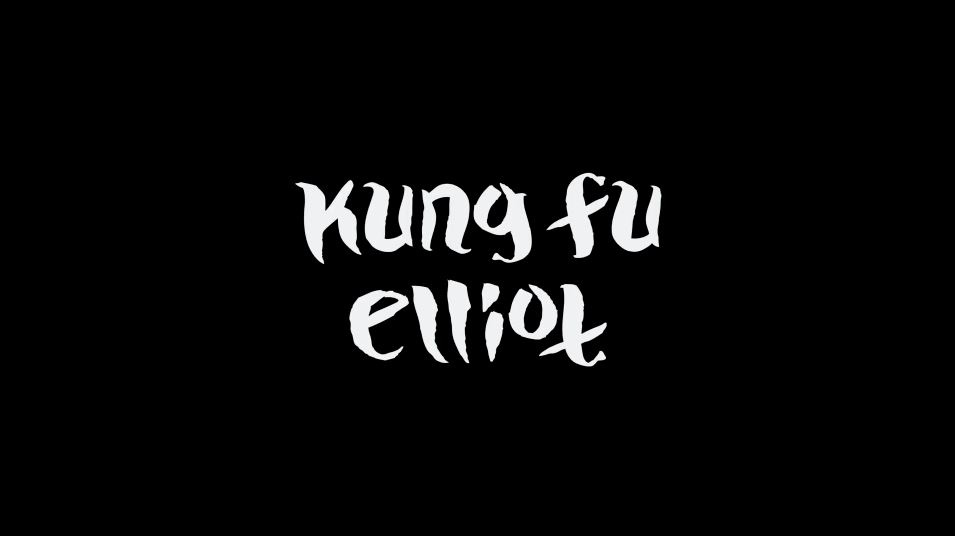 When does self-confidence become self-deception? When does perseverance become desperation? These are questions I ask myself a lot when speaking with low-budget filmmakers. There’s such a mix of personalities and backgrounds, but there’s also so much commonality between them. They want to be noticed. They want to be appreciated. When I ask these directors for what advice they could give to others, it’s almost always the same. Just do it. Go out and make a movie. You want to be famous? You need to fake it until you make it.

Elliot Scott certainly did. He wanted to be Canada’s Jackie Chan, so he made a series of microbudget films that presented him as an action hero – with titles like STALKER AND THE HERO and THEY KILLED MY CAT. When Elliot looked in the mirror, he saw a superstar looking back. “White Lightning”. And why not? He was a Canadian karate champion who had overcome personal tragedy to find award-winning success in independent film-making. He was also a bit of a local legend in Nova Scotia, where he marketed his films in front of video stores while posing for pictures and signing autographs. He loved Chuck Norris movies, so why couldn’t he be Chuck Norris? 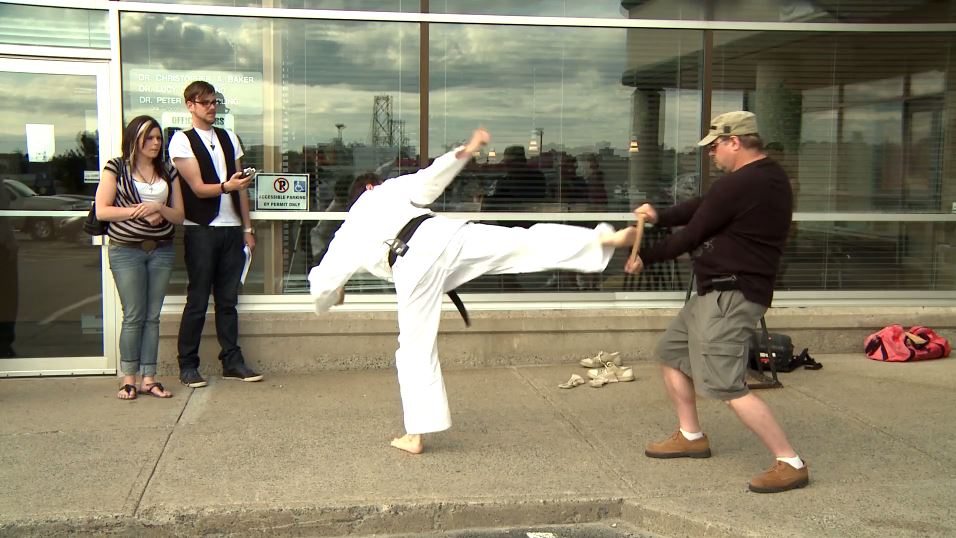 When Matthew Bauckman and Jaret Belliveau began documenting Elliot’s attempt to film his latest no-budget opus BLOOD FIGHT, they didn’t really know what to expect. Here’s this charismatic, likable dreamer who had surrounded himself with a collection of oddballs and eccentrics. A man with seemingly endless amounts of confidence in himself, even while he spars daily with his short-tempered girlfriend Linda, who just wants him to grow up and show a little responsibility. It had all the makings of another AMERICAN MOVIE, and for about half the running time that’s exactly what it is. You have the heavy-set, comical best friend. You have the off-the-wall musician composing the theme song. We get to see portions of BLOOD FIGHT being made (made solely with the video function of a still camera), and it looks terrible – but fun. As Elliot says, it’s a perfect movie to watch with your friends on a Saturday night with some beers. It’s a wonderful, entertaining, comedic documentary.

But something isn’t right. Holes begin to appear in Elliot’s exterior. He refuses to talk about the death of his first wife. We never hear from his parents (who, we later learn, refused to take part in the documentary). Even as the filmmakers follow him to China, where he’s meant to learn about holistic medicine, it’s clear Elliot isn’t quite the person we think he is. We witness a questionable visit with a masseuse. Revealing interviews with his fellow students. A (cringe-worthy) trip to a Shaolin temple. Away from the heightened reality of movie-making, Elliot’s quirkier tendencies seem less charming. And then there’s the matter of the phone calls Linda has started getting from an apparent stalker..

This sequence in China is where an already terrific documentary becomes absolutely unforgettable. And when Elliot returns to Canada, things start to fly off the rails spectacularly. To give any more away would be unfair, but I can say that there are moments in the final half hour that will stick with me forever. For better, or for worse. 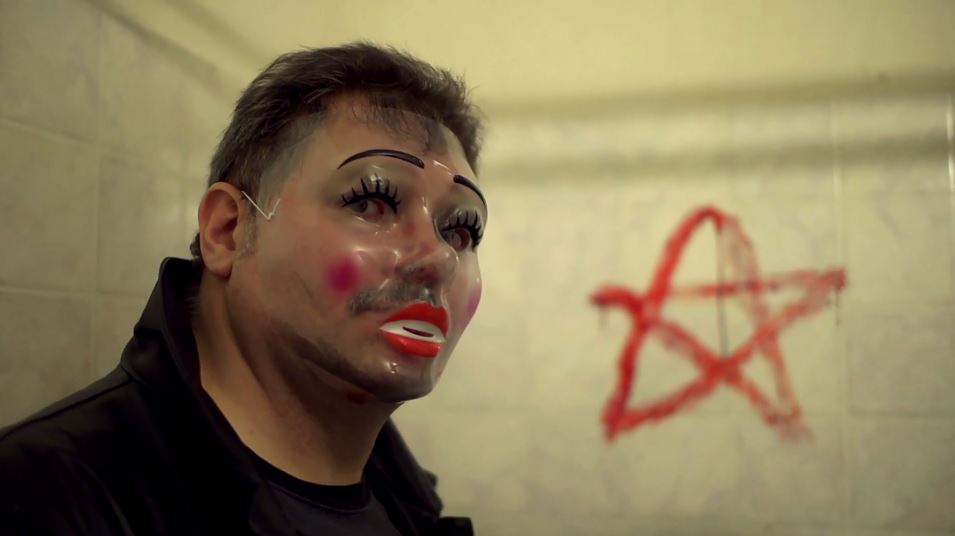 Without entirely meaning to, Bauckman and Belliveau have caught (white) lightning in a bottle. While KUNG FU ELLIOT is a hilarious examination of the trials and tribulations of no-budget film-making, it’s also so much more than that. It’s about the protective walls we build around ourselves; the fragility of ego; the capacity within all of us to hurt the ones we love. It’s about myth and lies, and the hazy area that exists between them. And, finally, it’s about what happens when it all comes crashing down. I came out of KUNG FU ELLIOT with more questions than answers, but that’s one of the things that is so exciting about it. The story doesn’t stop when the credits start, because it isn’t really a story at all. It’s a sad, astounding, constantly surprising chunk of real life.