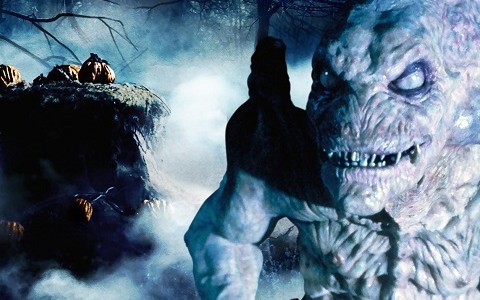 Hi. My name is Mia Mayo. And I am a pumpkin addict. Like… REALLY. They’re so cute! They’re so orange and round! They taste insanely good and their smell gives me warm sexy feelings! Pumpkin pie, pumpkin air fresheners, pumpkin coffee, pumpkin candles, pumpkin cheesecake, pumpkin pop tarts, pumpkin lotions, pumpkin, pumpkin, pumpkin, pretty much anything and everything to do with that hot ass squash sends my heart a fluttering! The way to my heart is through my pumpkin! (uh, so to speak…) But why would you care about my fetish for specific produce? Because it’s a perfect segue into the movie I’m writing about! Duh! Take your pants off with me, grab your Venti PSL with an extra shot, let’s pop the tape in and revisit the Demon of Vengeance with a face only a witch could love: PUMPKINHEAD!

Here’s the part where I try to remember important parts of the film and tell you about them: Ed (played by that dream boat Lance Henriksen) and his boy live in the middle of nowhere. It looks dusty, hot, and pretty boring. For whatever reason teenagers like to go there, get drunk, and ride little kids over with their motorcycles. This is unfortunate for Ed’s son. Ed is rightfully pissed and, like any normal dad would do, brings the body of his dead kid to a witch named Haggis (isn’t that a sausage?). She sends him to a pumpkin patch to bring back a corpse so they can do some magical blood spell on it which will turn it into badass demon that will seek revenge for Ed. The teenagers are hiding out and arguing about going to the police. While they’re trying to figure out their next move, they are totally unaware that Pumpkinhead is on his merry way to really fuck up their night. The slaughter begins, a bunch of teenagers die in really painful ways, Ed realizes that this whole vengeance demon thing was a mistake, Haggis tells him it’s too late and that it needs to run it’s course, more bad stuff happens, and Pumpkinhead is a total fox. The End. 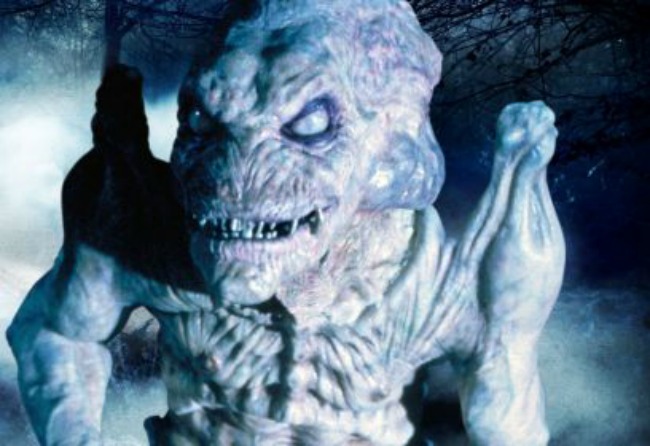 YOU GUYSSSSSSS! This movie is awesome! Stan Winston’s directorial debut is nothing less than incredible! I still can’t get over the creature design. Not since the xenomorphs have I been so in love! Those knobby knees and shoulders! Those long fingers! THOSE PECS. Swoon city! Lance Henriksen is really REALLY good and Haggis (played by Florence Schauffer) scares the shit out of me with her chain smoker voice. The teenagers are likable enough so you almost care what happens to them. Then you remember that killing a small child snafu and get excited when Pumpkinhead is dropping them from trees and impaling them with rifles. The story has a moral too. If you’re into that sort of thing. I’m not.

1. See a grief counselor. Not a witch. P.S. Haggis is almost as creepy as Zelda from PET SEMATARY. ALMOST. Don’t worry, Z. You still own the title of creepiest, honey!
2. I can’t believe the girl with the white pants survived.
3. Vengeance comes with a pretty big price. So unless someone really messed with you, I wouldn’t go summoning this demon. Save your conjuring skills for people who really have it coming. Like that waitress who had an attitude when you asked for the check. Fuck her.

Why this movie wins the battle:

Because Stan Winston was a genius. If you’re into monsters, this one is really up there with all the greats. Plus Pumpkinhead has a banging body. I mean… THOSE PECS. Seriously. Such a babe! I’m going to have to get off okcupid and start hanging out in pumpkin patches! Hahah I kid…I will probably just get another cat.