I’m usually the last person to suggest remaking a horror film. There are some remakes I love, don’t get me wrong, but I’m not someone who automatically thinks that newer equals better. With that said, the pre-Code proto-slasher THIRTEEN WOMEN seems particularly ripe for a remake. The film examines racism and bullying, two painfully relevant topics to today’s audience, but it does so from a white feminist lens that sells out its main character. It’s a fascinating film in horror history with an intriguing premise, but a modern take on it that actually respects the woman of color at the center of the film would be a vital, exciting addition to the slasher subgenre. 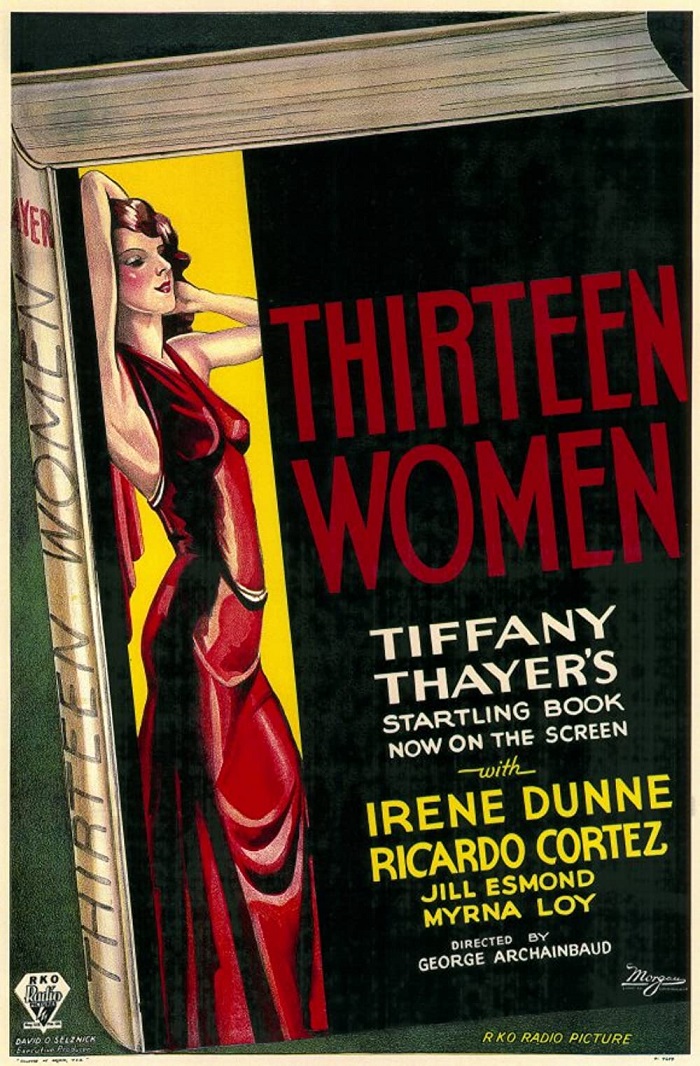 Ursula Georgi (Myrna Loy) is a biracial woman from India. Years after having to drop out of finishing school due to racist bullying at the hands of 12 white sorority sisters, Ursula seeks revenge on the women using the power of persuasion. She sends the women letters purporting to be from Swami Yogadachi (C. Henry Gordon), a man renowned for his accurate horoscopes, telling the women that they will each fall victim to horrific tragedies. Ursula’s psychological warfare works, as the letters influence some of the women to kill themselves or other people. 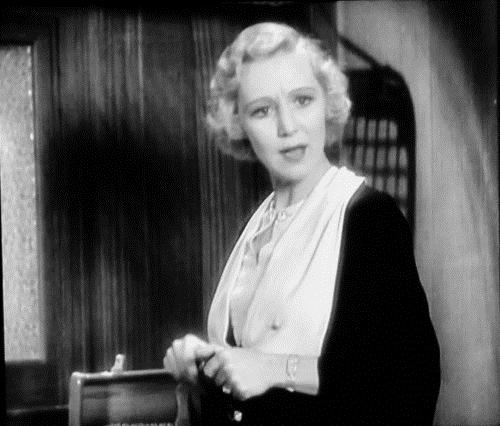 However, Ursula’s plan begins to fall apart when she encounters sorority president Laura Stanhope (Irene Dunne). Laura is too “strong,” too “poised” to believe in horoscopes. When the bodies continue to pile up, though, she begins to rethink her stance, and she enlists the help of the local police. Because Laura is a wealthy white woman, the police never doubt her far-fetched story about deadly horoscopes and immediately devote all their resources to her case, ultimately foiling Ursula’s ambitious and merciless revenge plot.

It’s an interesting film for horror fans to watch, as it features some compelling performances (particularly from Loy and Jill Esmond as the delightfully bawdy Jo Turner) and many future slasher hallmarks: the revenge plot, the sorority backdrop, the emphasis on female victims, the methodical way that each woman is dispatched, and a giallo-esque moment where Ursula removes a sorority pin from one of her victims. Ursula even examines a yearbook and crosses out each woman’s face once she gets word that her diabolical plan has worked, in a scene that would feel perfectly at home in any number of ‘80s slasher movies.

As interesting and entertaining as the film can be at times, it’s frustrating to watch, as missed opportunities (or outright racial slurs) fly by. Even elements of the plot are racist: the “mystical” Ursula, as she’s described by her former teacher, has the ability to hypnotize people. It results in one of the film’s best kills — an eerie slow-motion dive in front of a speeding subway train — but there are other ways for films to maneuver people in front of trains that don’t fetishize Asian women or their supposed supernatural powers. 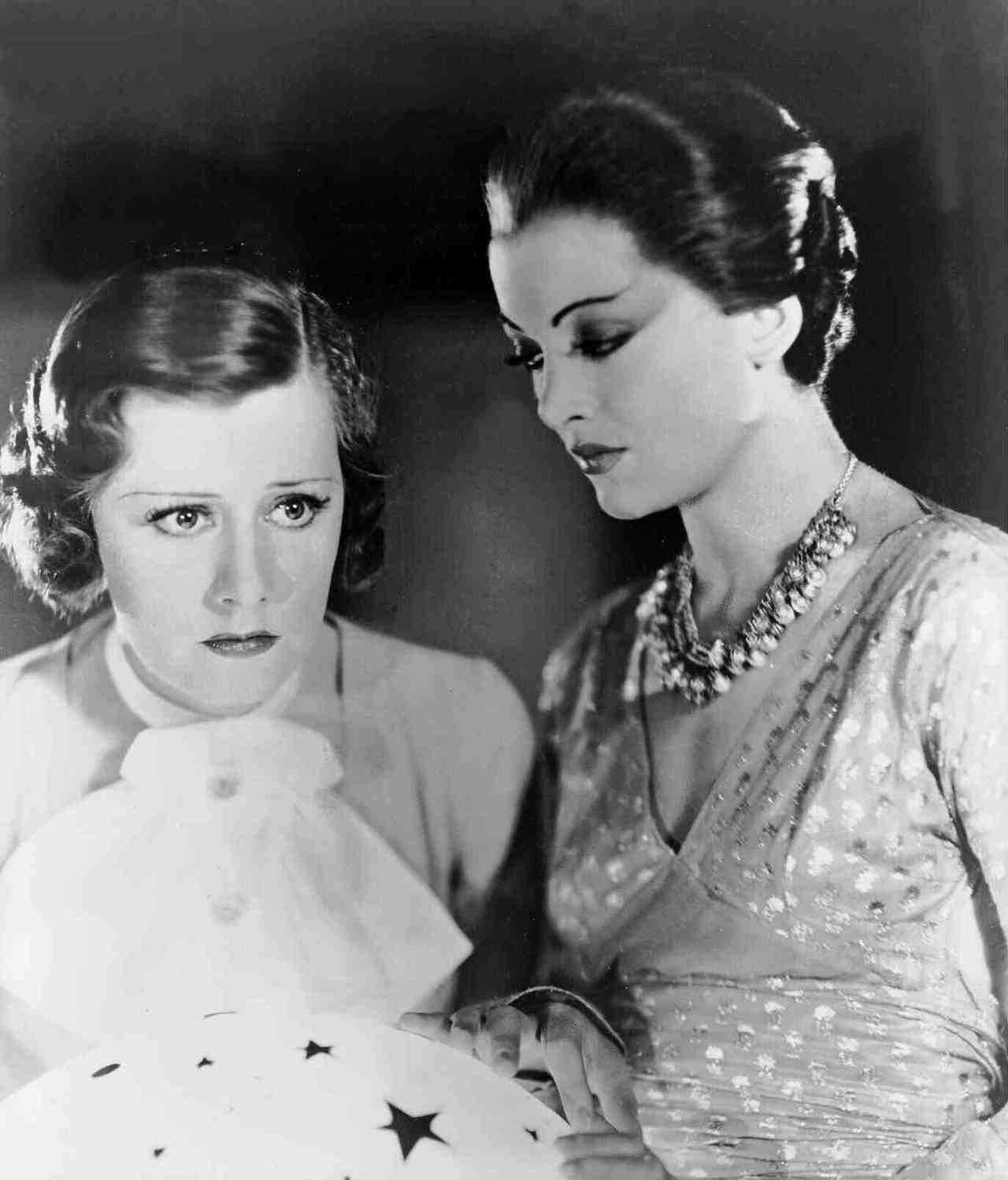 Much like many slasher movies, the kills are some of the most effective parts of the film. The opening scene finds the Raskob Sisters, June and May (Mary Duncan and Harriet Hagman, respectively) performing their death-defying trapeze act. June has received a horoscope saying that she will cause the death of a loved one, and with Ursula’s mind games wreaking havoc on her sister’s trapeze skills, May falls to her death. The trapeze scenes are shot in semi-slow-motion, which lends them an ominous otherworldliness that immediately entrances the viewer. 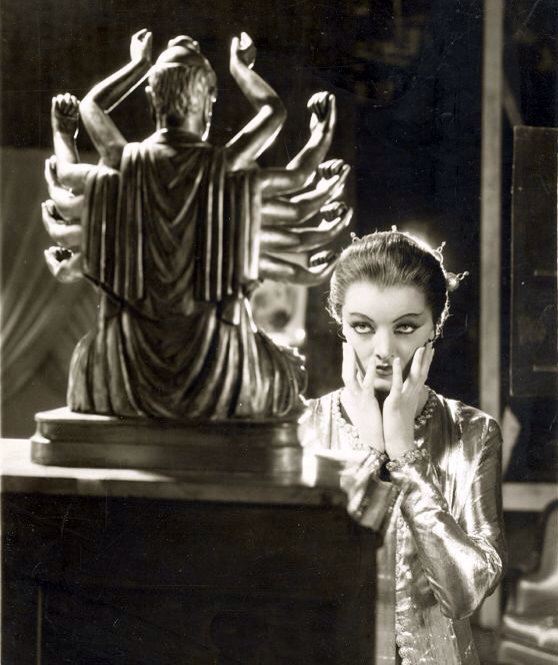 My favorite scene, however, is the moment when Laura’s son Bobby (Wally Albright) encounters what is perhaps Ursula’s most over-the-top machination. I won’t spoil it for you here, but it’s the most suspenseful scene in the film, especially because I honestly had no clue whether the movie would actually kill a cherubic little boy. Pre-Code films are built differently, and I was excited by the fact that I couldn’t anticipate what was going to happen. 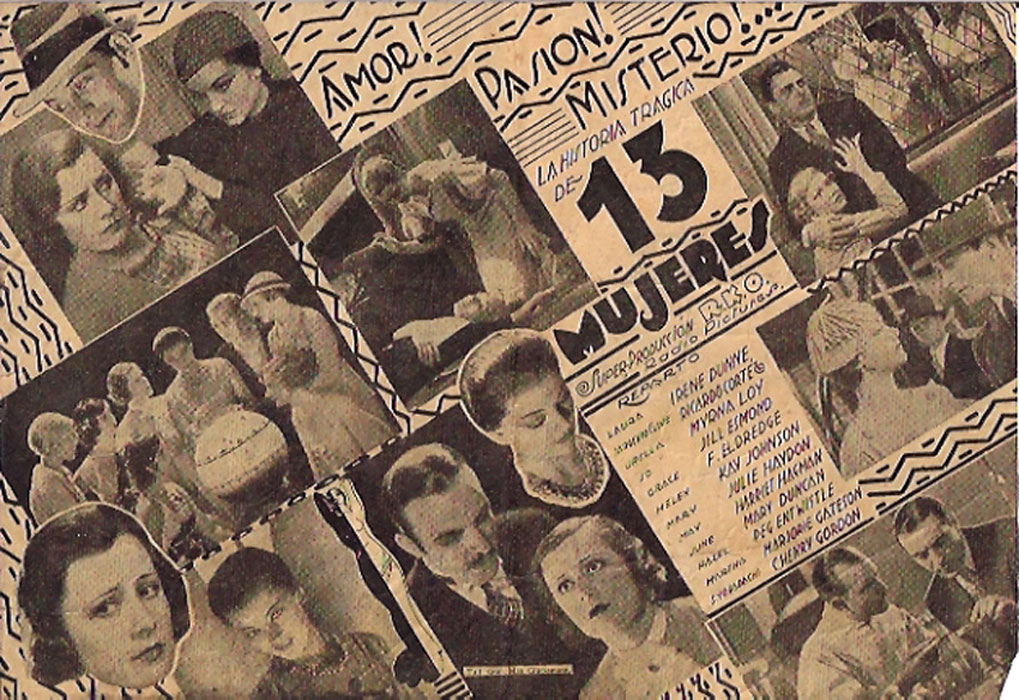 As you can see, there’s a terrific framework for a filmmaker to build upon in THIRTEEN WOMEN. If you root out the racism in the story, cast an Indian actress in the lead role, and make Ursula the hero she deserves to be, you would have a winning horror formula on your hands. The story has the potential to examine questions of fate vs. free will, the insidious nature of white feminism, and the ways that the past catches up with us. THIRTEEN WOMEN is more than worth the hour it will take you to watch it, but its fascinating premise is also worth a revisit by a filmmaker who can do justice to Ursula and the vengeance she is rightfully owed.