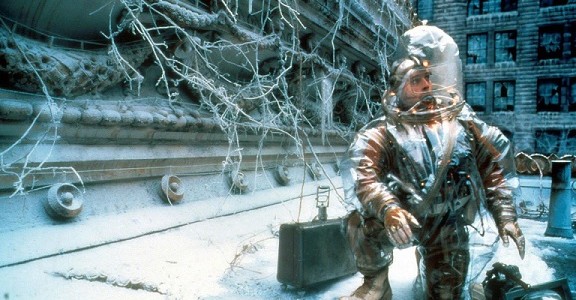 Given current events, Terry Gilliam’s oddball science fiction tale 12 MONKEYS (1995) now qualifies as all-too-plausible horror. Granted, we’re mostly only shown the aftermath of a deadly pandemic, when most humans are gone and zoo animals run wild in the streets like a child’s nightmare fantasy, but one can assume that the same mistakes were made, and that much of the suffering was still caused by our refusal to look out for our fellow man. It’s interesting (for lack of a better word) to recall that this was treated at the time as a bit of a flight of fancy, and not a possible real life scenario. 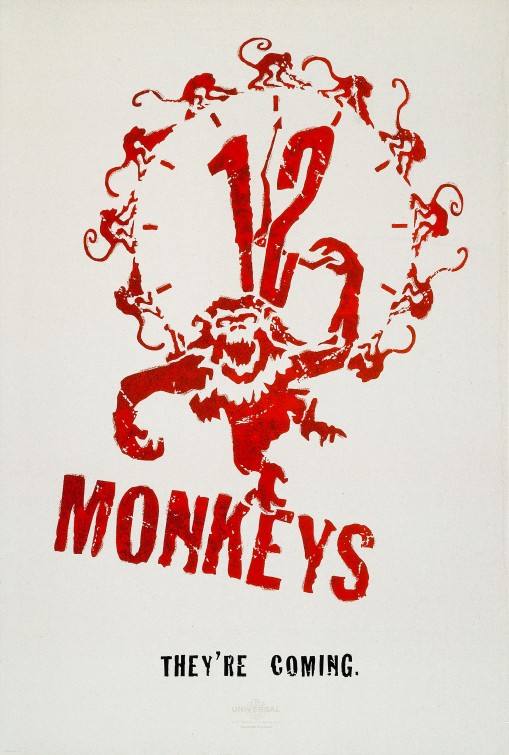 Filmed at a glorious moment when Bruce Willis still gave a shit, and Brad Pitt decided to become a serious actor rather than just a pretty face, 12 MONKEYS starts in 2035, when a man-made virus has wiped out most of humanity and forced survivors to live underground. The good news is that time travel has been perfected, though it’s mostly used to try stop the pandemic from ever happening. Prisoner James Cole (Willis) is chosen (or rather, forced) by a mysterious, somewhat sinister group of scientists to travel back to 1996, the beginning of the virus outbreak, to help find a cure. 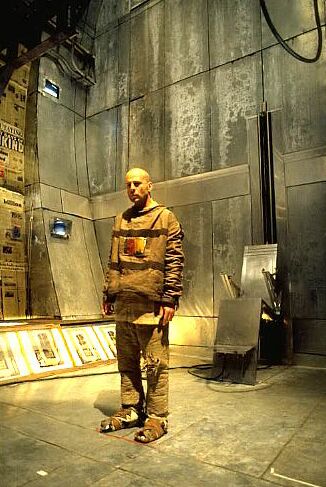 Cole is accidentally sent back to 1990 instead, where his “rantings” about an apocalyptic future land him in a psychiatric hospital. There, he meets Jeffrey Goines (Pitt), who is believed to be a key figure in the release of the deadly virus, though he doesn’t know it yet. Pitt, one of his eyes occasionally going unfocused, is an unsettling wonder here, his babbling about capitalism and germ theory making an odd sort of sense.  Unbeknownst to Cole, this seemingly chance meeting with Goines sets events leading up to the pandemic in motion—but not in the way Cole expected it to.
This is meant to be a brief digression, and so there’s not enough time to go into all of the mind-bending moments in which seemingly random choices Cole makes, and accidents in the time-space continuum, all turn out to be exactly as was meant to happen. 12 MONKEYS is dense, bleak, and unexpectedly funny, as Cole’s warnings about the future are met with patronizing smiles and a trip to the looney bin. But it ends on an oddly hopeful note, as Cole’s work (and, ultimately, his sacrifice) results in the future scientists discovering the exact source of the outbreak: right down to where he sits on a plane, a vial of the virus in his briefcase. It’s a little heartbreaking too—if only we had someone to warn us that something like COVID-19 was coming. Or maybe we did, and we just wrote them off as crazy. 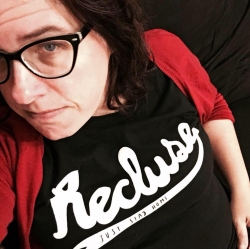 Gena Radcliffe
Co-host of the Kill by Kill podcast, more bylines at The Spool, enjoys a good sandwich.