Last day of the 2014 festival! Today there are only two screenings, one being the phenomenally entertaining Shaw Brothers epic THE MAGIC BLADE, and the other being something new and apparently unique. Hope you’ve gotten to enjoy at least a few of this year’s offerings. The New York Asian Film Festival will return in 2015. Devil Grandma has come to wish you well in the coming year!

The NYAFF is being presented by Subway Cinema (visit them here), and today’s screenings will be held at the Asia Society on Park Avenue. 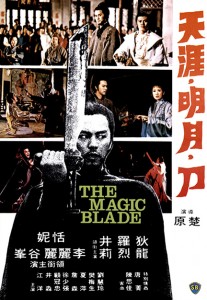 We’ve been aching to show THE MAGIC BLADE for ages, and we’re thrilled that time has finally come. One of the finest wuxia films ever made (#85 on Time Out Hong Kong’s list of the Greatest Hong Kong Films of All Time), THE MAGIC BLADE is a near-perfect mixture of swordplay, fantasy, martial arts, heroic bloodshed (and we do mean bloodshed), and more Ti Lung greatness that any moviegoer could ever ask for. Adapted from Gu Long’s celebrated novel, THE MAGIC BLADE is a career highlight for both director Chor Yuen (with one of several Long novels he brought to the screen) and star Ti Lung, giving one of his finest performances, paired with an equally terrific Lo Lieh in some of the best choreographed fights in Shaw Brothers history. It remains one of the true classics of the entire Shaw Brothers library and is not be to be missed under any circumstances. So don’t. 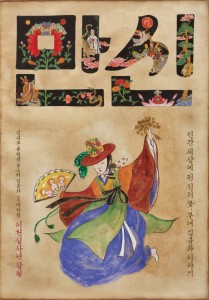 Directed by visual artist Park Chan-kyong (DAY TRIP and NIGHT FISHING, both co-directed with his brother Park Chan-wook), MANSHIN is a cinematic feast for the mind and the senses, a thought-provoking mystical journey into the psyche of Korea and its modern history through a life story of Korea’s most famous living shaman, Kim Keum-hwa. Both the life of Kim—who was born in 1931 and became a shaman at 17—and significant moments of modern Korea are chronicled through rare archival footage, performances of shamanistic “gut” rituals, dramatic reenactment of real stories (Moon So-ri portrays Kim in the 1970s), and even animation and fantasy sequences. Featuring original music by Korean indie band UhUhBoo Project (NIGHT FISHING), MANSHIN transports viewers beyond the borders of past and present, South and North Korea, life and afterlife, reality and fantasy. It is unlike any other film you’ll see at NYAFF this year.

Actress Moon So-ri will attend the screening for a Q&A session.

That’s all, folks! Until we meet again…