The moniker of first psychological horror film released from any country sets up some massive shoes to fill. Doubly so when it’s also the feature length debut of a director and writer. Fortunately for Cuban horror, and director/writer Rudy Riverón Sánchez, IS THAT YOU? (¿ERES TÚ, PAPÁ?) knocks it out of the park with a fantastic cast, oppressive atmosphere, and some genuinely and deeply disturbing imagery and subject matter.

IS THAT YOU? follows a small, isolated family in rural Cuba as a young 13 year old girl, Lili, and her mother, Alina, are terrorized by Eduardo, the alcoholic and domineering head of the household. Due to mysterious events in the family’s past, Alina has been sequestered inside of their ramshackle house as a long term punishment; hobbled by a rope tied around her ankles, padlocked indoors whenever her husband and daughter leave the house, and beaten repeatedly until such a time as Eduardo feels like forgiving her. Their daughter tunes out the abuse by humming loudly in her room and by buying into her father’s gaslighting about his behavior being for the good of the family and necessary because he loves them so much, twisting Lili’s psyche to the point where she is willing to defend her father’s abuse and terror at every turn. When Eduardo vanishes one evening, Lili becomes distraught and seeks out a spiritualist for help bringing her father back home; but she gets more than she bargains for, and sinks deeper and deeper into the darkness of her father and her family into a pit from where she may never return.

The intricacies of physical and mental abuse, grooming, and familial trauma are tough to showcase with tact while still being profoundly disturbing, but Sánchez handles it masterfully with both the abusers and the abused alternating power positions like a slowly rotating dance; simultaneously doing terrible things and having terrible things done to them in turn, both despicable and sympathetic, monstrous and fragile. Beyond the clear and obvious threat of Eduardo, it was honestly difficult to pin down any of the other characters as definite protagonist or definite villain which made for a fascinating experience and added suspense and depth that many psychological family dramas rarely have with this level of quality. This is only boosted by a deep, throbbing, soundtrack and set design that coats the entire film with the rot and grime and filth that emanates from the disturbed shell of a family and one of the most amazing performances by a young actress in horror I’ve seen this year.

2019 has been a phenomenal year for foreign horror releases, and it only looks to be getting even better. Sánchez is definitely a writer/director worth following, and IS THAT YOU? is absolutely a must see. 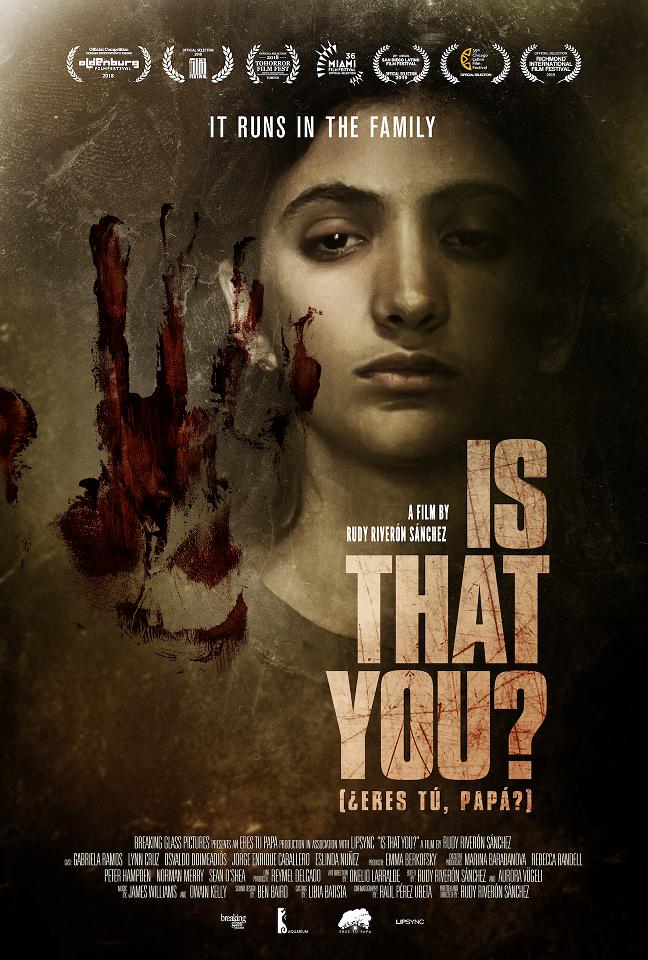 IS THAT YOU? premieres in LA on August 2 and will be widely available on DVD and VOD beginning August 13.