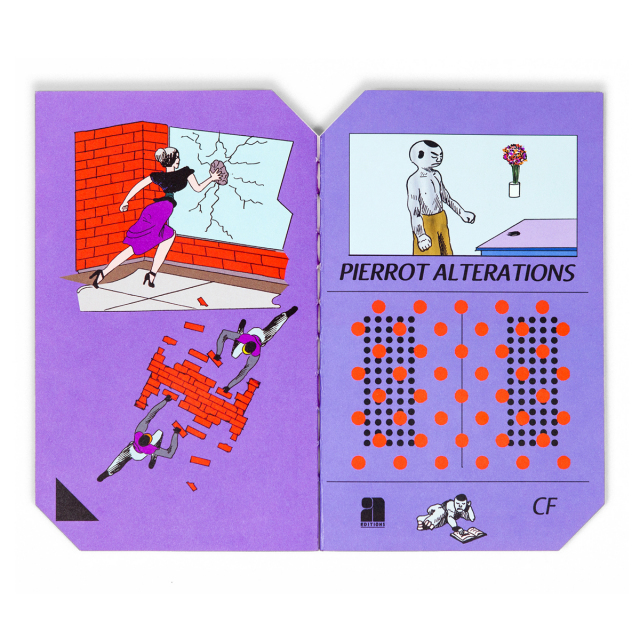 Somewhere, at some point, for some reason, some people are building a city. Only maybe they’re not people, since at least one of them shambles about on all fours. And maybe it’s not a city because all they’ve got finished so far is part of a wall — which is more than you can say for Trump. But hey, maybe they’re just waiting for Mexico to pay for the thing, too. And somehow, in some way, all of this has something to do with a post-modern retelling of the lamentable tale of Pierrot, the archetypal “sad clown” figure of literary history.

Possibly, at any rate. 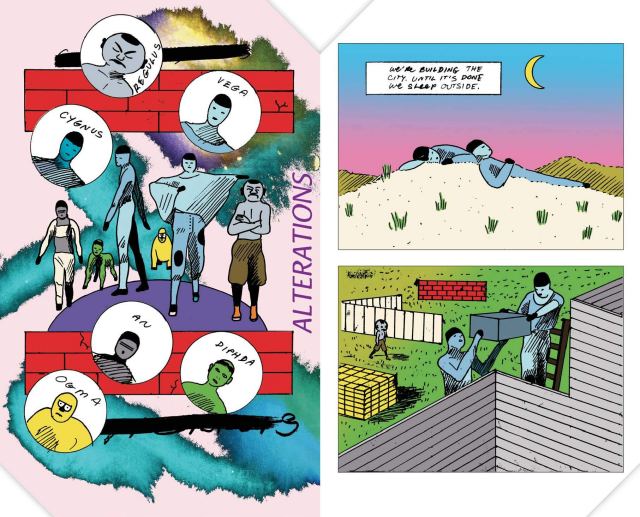 You guessed it, the recently-released (via Anthology Editions, continuing their very strong publishing year) Pierrot Alterations is a C.F. comic. Or ‘zine. Or maybe even book. I prefer to think it occupies its own unique space somewhere between all three, but not necessarily beholden to any of them. Like all work produced by the Forth Thunder alumnus whose birth certificate reads Christopher Forgues, it’s really its own kind of thing — a uniquely-cut, uniquely-bound, uniquely-presented work of (largely, though not exclusively) sequential art that doesn’t so much “break” barriers as either eschew them, or ignore them entirely. Take your pick.

Just as, really, you can take your pick as to what’s really happening in the work itself, a mixed-media package that starts out in deceptively straightforward fashion, then goes completely and wonderfully off the rails into sketchbook, rough draft, even stream-of-consciousness territory. Classification becomes pointless and going back to re-“read” it from the start — which, trust me, you’ll feel compelled to do immediately upon “finishing” it — you realize it always was. This is work that’s going to mean something different to every single reader upon every single one of their, I dunno, perusals of it. It is what it is, sure — but what that is, C.F. leaves entirely in your hands. 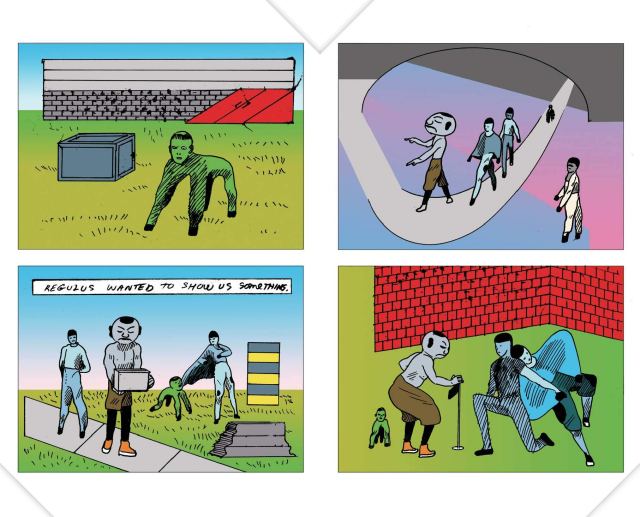 It’s easy enough to be confounded by it all, sure, but there’s the kind of “confounded” that causes you to throw your hands up in despair ox exasperation and walk away, and the kind that invites you, siren-like, to dig deeper. To explore more. To search for a meaning that only you can and should and must assign to it. Assuming, of course, you can discern any meaning to it at all. And maybe it’s not such a bad thing if you can’t. Maybe you never needed to. Maybe a face-value absorption of the material is all that really matters. A surrender, of sorts, to its non-paced, non-linear, non-flow. I can get behind that idea. But it’s only one possibility, and frankly Pierrot Alterations offers an almost-limitless number of them. 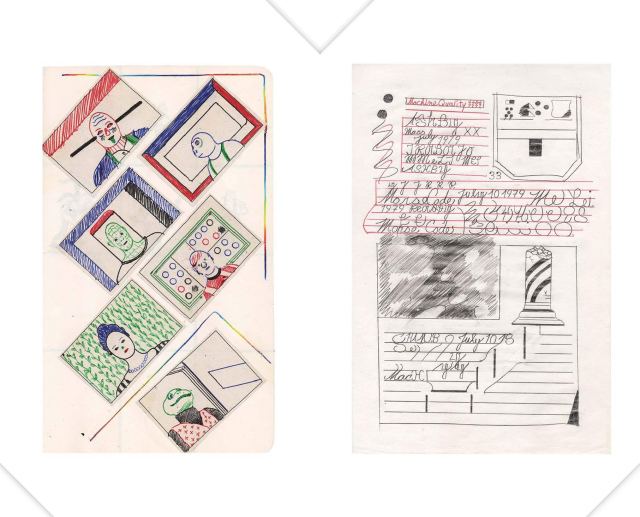 Bring a hardhat for this one and it will reward your efforts. Bring a nonchalant outlook and it will at the very least amuse in extremely perplexing fashion. Pack a lunch for the occasion and I wouldn’t put it past it to steal your sandwich. Everything’s in play here, all interpretation and delineation and categorization and classification entirely up for grabs. Choosing your own adventure is one thing — C.F. is letting you choose your own reality. And that means this book — if, in fact, a book is even what it is — stands as one of the most important, most challenging, most singular, and most accomplished of the year.