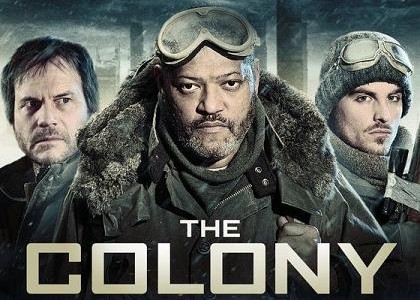 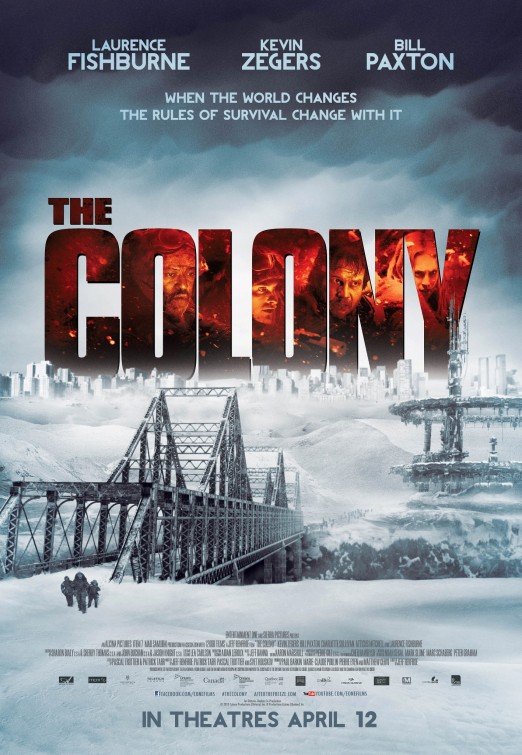 Maybe you can tell by some clues on the poster — “IN THEATRES APRIL 12” — that THE COLONY is not an American production, despite the presence of Bill Paxton and Laurence Fishburne.  It’s Canadian, and up north is where it played in theatres — down here, it went straight to DVD and Blu-Ray.  But listen, some of America’s most beloved imports are Canadian.  Michael J. Fox.  Pam Anderson.  The pronunciation of the word “aboot.”  Surely we have enough love left in our hardy American hearts for another gift from our Canadian friends, even if they do have weird bacon. 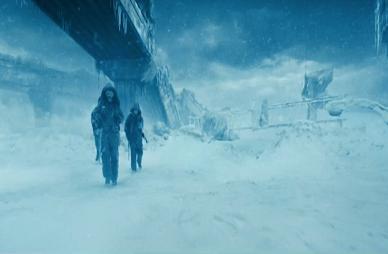 THE COLONY could not happen in America, where studios are too afraid of hanging onto that red-state dollar.  You see, the speculative science the sci-fi premise begins from is that global warming is real.  The world is being powered by climate-cooling machines which break down and don’t stop, creating a kind of permanent sub-zero.  That part’s the fiction (again, depending on how you vote and whose radio show you listen to.)  So the surviving human beings have gone underground, setting up colonies with rules and regulations.  Food is rationed, with the few plants and live animals like chickens or such kept on careful lockdown, and security is run by military men.  The common cold is a deadly prospect, since there are no vaccines.  Anyone who contracts a cold is quarantined — if it doesn’t go away, they have a choice:  Take a bullet, or take a walk.  No one is known to survive in nuclear winter. 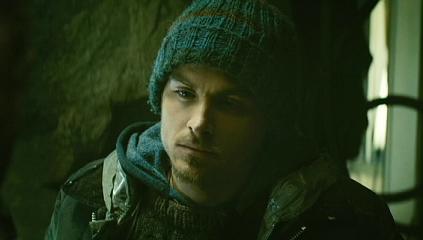 Our main character is Sam, played by Kevin Zegers, who’s kind of a Tobey Maguire for Canada.  Every nation needs one!  Kevin Zegers is a former child star who’s been in a surprising amount of genre films — I’ve seen him in KOMODO, WRONG TURN, the DAWN OF THE DEAD remake, and Adam Green’s FROZEN, the latter of which presumably gave him plenty of practice shivering on camera.  Sam is the coming-of-age character caught between two mentor figures, one upright and one self-interested and monomaniacal, which definitely makes this the first post-apocalyptic horror movie to remind me of PLATOON.  Laurence Fishburne plays Briggs, the Sgt. Elias of the piece, and Bill Paxton plays Mason, the Barnes equivalent.  Both are former soldiers who have divided up the governance of the colony — Briggs makes the command decisions and Mason is the executioner, who pulls the trigger whenever somebody gets a sniffle.  They butt heads over methods — Briggs thinks Mason is too quick to kill, Mason thinks Briggs isn’t quick enough.  If you’ve seen PLATOON, or any horror movie ever, you may guess who lasts a little longer. 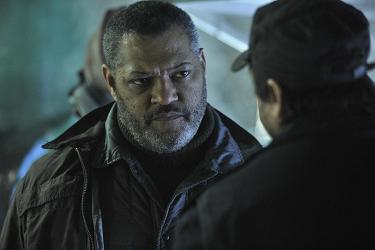 The actual plot kicks in when Colony 7 receives a distress signal from Colony 5.  A broadcast went out that one of the colonies found a way to thaw the ground and with it hope to plant food, but the Colony 5 search party never answered back.  So Briggs sets out with Sam and another kid whose name you don’t really need to know, and leaves Mason in charge.  I don’t want to reveal what they find down there in the seemingly abandoned bunker, partially because I liked experiencing it as a surprise for myself and partly because I wouldn’t be able to resist making a reference to GHOSTS OF MARS and that does nobody any favors. 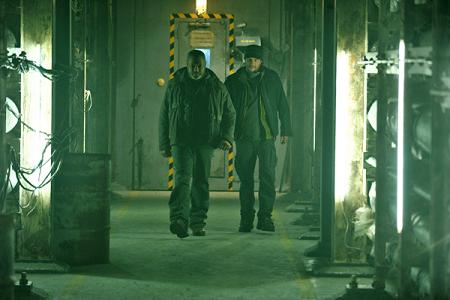 If we’re on the John Carpenter continuum, in fact, I wouldn’t go anywhere near putting THE COLONY towards the exalted end of the scale where THE THING resides — but nor does it belong all the way down by GHOSTS OF MARS.  One of the things THE COLONY does really well, like THE THING, is to create a pervasive and tangible sense of cold, from which come the isolation and the paranoia.  What it doesn’t do remotely as well is create a group of characters you have interest in seeing survive — Paxton does what he can but he’s given a one-note megalomaniac to play, whereas Fishburne is playing a stalwart but stiff heroic archetype, and no one else really has a chance or takes a chance to really grab audience empathy.  The evil forces the colony faces, when they come, are convincingly fearsome and remorseless but we never really feel like we knew any of the people who are being wiped out by them, so the losses are not as powerful as they could be. 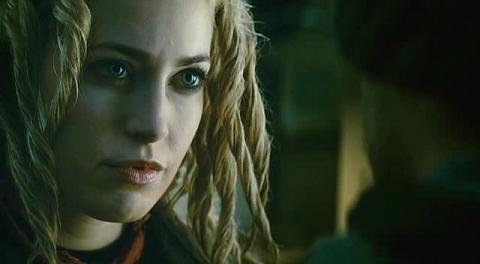 The true star of THE COLONY, and director Jeff Renfroe seems to know it, is the production design.  The film shot at an actual NORAD base, and the cavernous underground catacombs are perfectly decorated to look simultaneously lived-in and impersonal.  When the film is over, the credits run on top of dolly footage of the empty sets, moodily lit by cinematographer Pierre Gill (OUTLANDER).  This production gets every last dime off that location budget, and they’re right to do it!  It’s a truly awesome set, and the movie looks great.  I only wish it were populated by characters I could care more about. 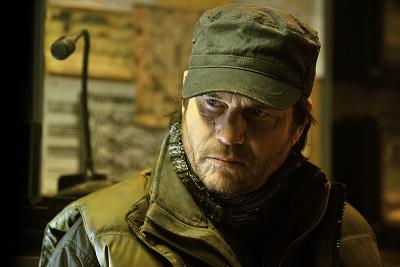 Then again, this is the one horror movie I’ve seen all year that has provided the spectacle of a climactic chicken fight.  By which I mean, one character picks up a cage full of chickens and uses it to batter another character in a desperate attempt at survival.  You’ve heard of The Bechdel Test?  Well, this is the Abrams Test:  Show me something I haven’t seen before.  At that, THE COLONY passes.  This is a diverting B-picture.  It could have been more, but it could have been a lot less.  And it has a chicken fight.  So now you know what to do. 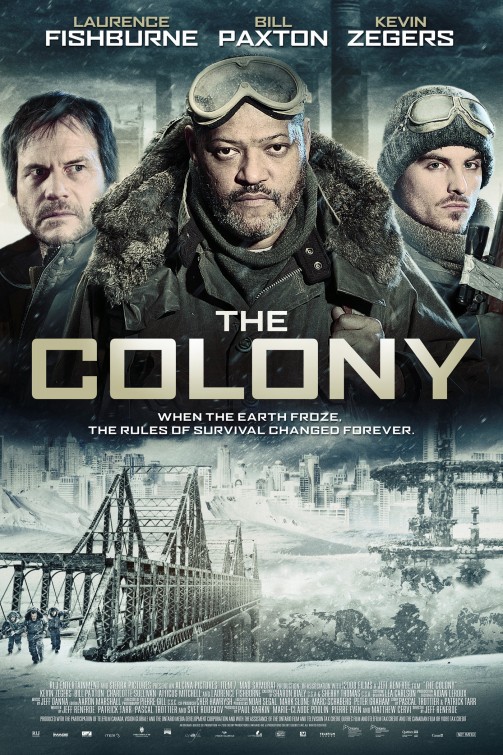