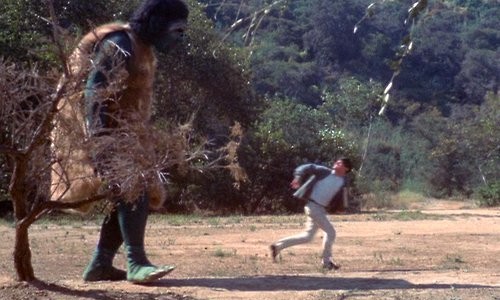 31 FLAVORS OF HORROR! is my annual October column, which this year is running here on Daily Grindhouse. Let me know if you enjoy it!  Now, here are a few words on EQUINOX… 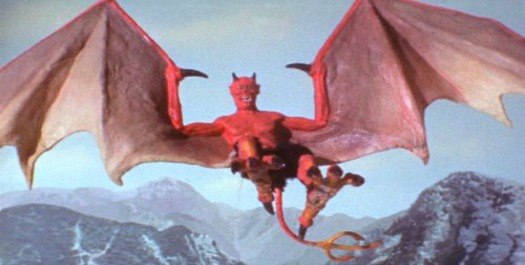 Homemade horror is the cradle of civilization when it comes to genre movies.  Think of how many major filmmakers came to prominence with no-budget films.  Steven Spielberg famously made his own World War II movies in his backyard growing up in Arizona.  John Landis began his career with the 1973 no-budget ape love story SCHLOCK, with effects work by Rick Baker.  Peter Jackson made a film called THE VALLEY influenced by Ray Harryhausen when he was only fifteen.  John Carpenter and Dan O’Bannon made their careers off their USC film DARK STAR.  THE EVIL DEAD came out of the short films Sam Raimi and Bruce Campbell made as kids.  What else is NIGHT OF THE LIVING DEAD, one of the great genre films of the last century, if not homemade horror?  I would argue that even George A. Romero’s follow-up films, such as THE CRAZIES, MARTIN, and even DAWN OF THE DEAD, are so appealing in part because they manage to convince as cinema even as they retain the stagey charm of their limited budgets.

EQUINOX is a film made by a bunch of suburban California kids, some of whom went on to long Hollywood careers.  The biggest name on the picture is probably Dennis Muren, the special-effects genius who worked for George Lucas for years at Industrial Light & Magic.  Muren worked on STAR WARS, CLOSE ENCOUNTERS OF THE THIRD KIND, E.T.: THE EXTRA-TERRESTRIAL, DRAGONSLAYER, INDIANA JONES & THE TEMPLE OF DOOM, INNERSPACE, GHOSTBUSTERS II, THE ABYSS, TERMINATOR 2: JUDGMENT DAY, and JURASSIC PARK, just to take an overview of a decade.  Before all of that, he was a college kid in Pasadena who took out a few thousand dollars to make a movie.  According to the wonderful Criterion essay on EQUINOX, Muren met his collaborators, David W. Allen and Jim Danforth (both of whom also went on to long Hollywood visual effects careers), through Famous Monsters Of Filmland magazine.  The three of them put together a film that is as charming as it is cheap-looking, surprisingly watchable even to this day, when audiences are accustomed to fancy CGI effects which, ironically, Dennis Muren himself helped pioneer.

EQUINOX concerns four young people, who wander into the woods, a.k.a. the hills of southern California.  One of them is played by a young Frank Boers Jr., who became Frank Bonner, who became one of the stars of TV’s WKRP In Cinncinati. 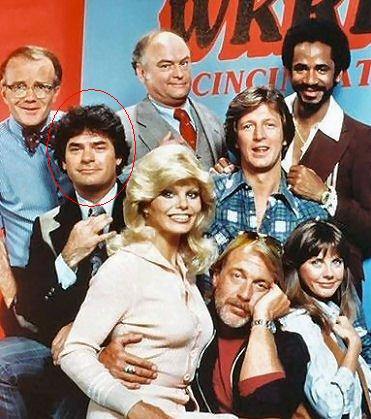 The kids are in the woods looking for a scientist, but what they find instead is a book that looks suspiciously like the Necronomicon from the EVIL DEAD movies.  It would be an amazing coincidence if the makers of THE EVIL DEAD had not been influenced by EQUINOX ten years earlier.  Allegedly, some crew members had seen it, but it’s unclear if Sam Raimi did.  Maybe great minds think alike, which is fine, because great minds think differently also:  EQUINOX is consumed by the notion of evil demons pursuing the all-powerful book, but the end results feel more fantastical, more Harryhausen-esque, than dark or demented.  The demons here are of the giant green man variety, rather than the malevolent plants and vines of THE EVIL DEAD.  Still, the film does end on a surprisingly grim note, in keeping with the revelation that the story was inspired by Jacques Tourneur’s CURSE OF THE DEMON.  Inspiration is a cyclical thing!

The end results were impressive enough that producer Jack H. Harris (THE BLOB) bought the film and hired editor Jack Woods to reconfigure the film into releasable shape, commissioning some new footage (which was shot by a crew that included a young Ed Begley Jr. as a camera assistant).  You’ll see that Woods is credited as writer and director on the poster above, but that’s clearly not exactly accurate.  Regardless, EQUINOX found success on the drive-in circuit and was well-known by industry professionals years before guys like me ever heard about it.  I encountered it when the Criterion Collection gave it a loving DVD release, and it was immediately apparent why they did.

EQUINOX has the feel of the kind of daydream you have as a kid, when you stay up late to watch the midnight movie and you fall asleep in the middle.  Even when the pace of the film slackens, showing its amateur origins, it has an exuberance that buoys your interest.  It has the innocence of children’s cartoons (with a score that wouldn’t be out of place in an old episode of Gumby) and the surreal creepiness of the imagined scenarios, involving, as they do, possession, demon attacks, and madness.  We dreamers don’t want all our movies to be believable and to look like real life.  Sometimes we want our movies to be like weird, sugar-abetted dreams.  That’s EQUINOX.  Oh, and the monsters are wonderful.  Let’s close this out with a look at a couple of them… 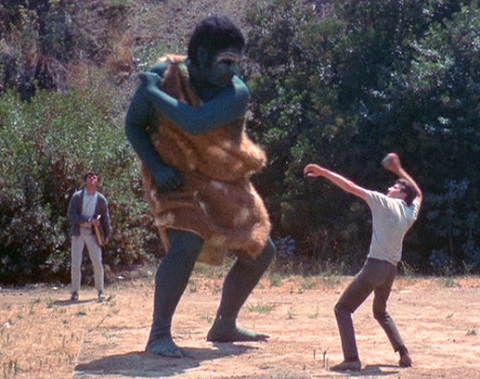 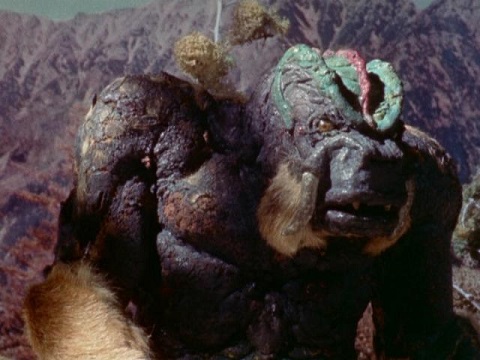 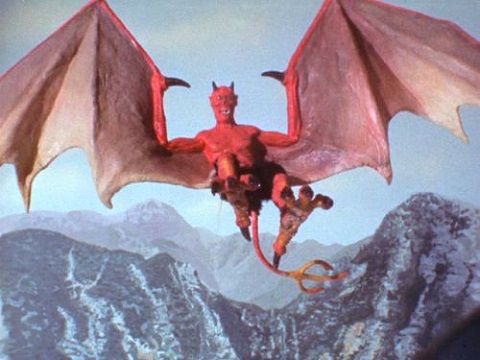 EQUINOX is playing at midnight in Los Angeles, courtesy of Cinefamily.