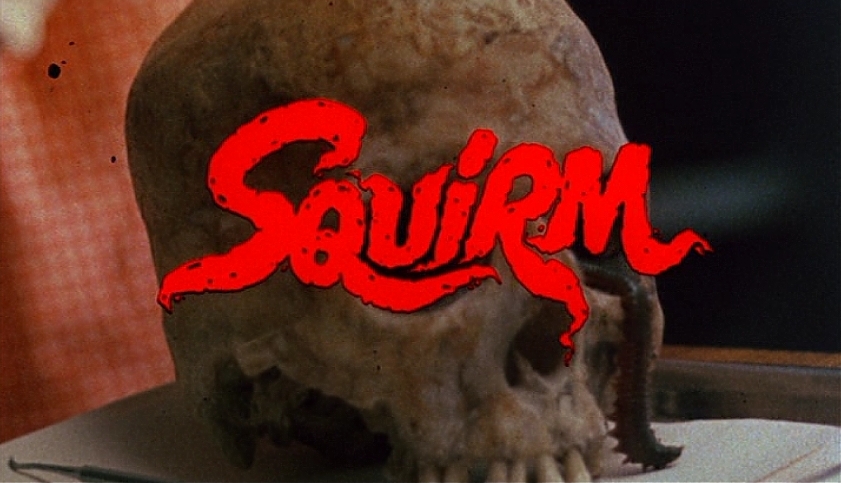 When filmmaker Jeff Lieberman came up with the idea for SQUIRM, which centers around a lightning storm that electrifies the soil and prompts a small army of vicious worms to make their way to the surface and terrorize a small town, his wife told him, “That’s the worst idea ever.” That’s what they told us when they recently introduced a screening of SQUIRM at Westchester’s new Alamo Drafthouse theater.  Lieberman wrote the movie, made it for cheap, and sold it to American International Pictures, the exploitation outfit that gave us all of the great Pam Grier revenge pictures.  SQUIRM made a profit and a (very underrated) filmmaking career, so things worked out for the Liebermans after all. 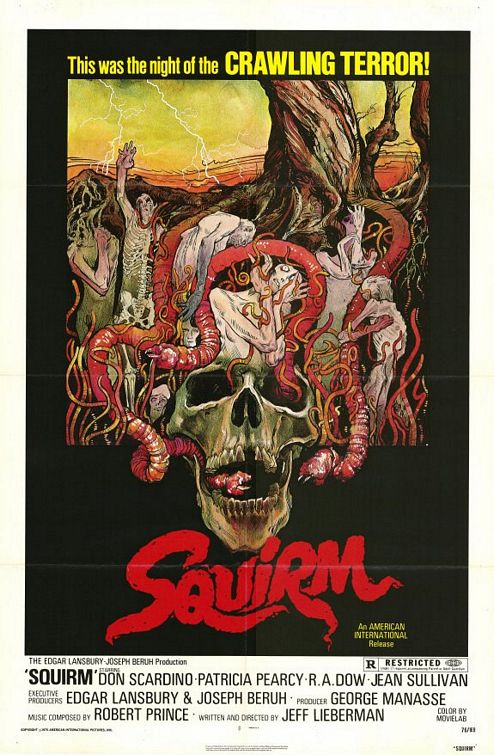 There are a lot of killer-animal movies, from JAWS to ANACONDA to THE GREY, but there aren’t a whole lot of killer-worm movies.  That’s because most people think of sharks and snakes and wolves as scary, and they pretty much only think of worms as gross and slimy.  I think that’s kinda mean, since worms serve a valuable purpose, unlike about a hundred people I could name off the top of my head (how many Kardashians are there now?), but I do have to agree that it’s tough to make worms scary.  The main issue is that they’re slow.  Outside of zombies, you don’t see a whole lot of slow horror villains.  Also, it’s hard to give worms much personality at all.  Jeff Lieberman figured out a pretty solid solution to these problems:  He dug up a LOT of worms.  And put them in a lot of places you really, really would not like to find worms. 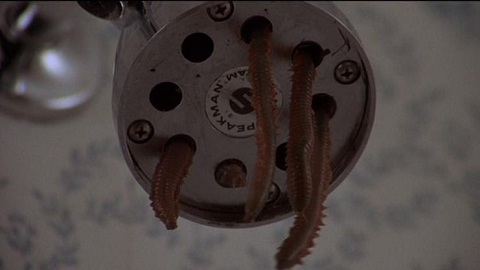 SQUIRM stars Don Scardino as a young man who makes an unscheduled stop in a small Georgia town.  The film shot on location and some great mileage is gotten out of the Southern backwoods and the sweltering atmosphere.  All of SQUIRM‘s best moments have a kind of tactile sensation that add to the intended creepiness.  Understandably for a low-budget first feature, the pace lags at times and some of the performances are less than Hoffman-esque (neither Dustin nor Philip Seymour), but there’s ample charm to make the movie worth a late-night view.  Don Scardino is an amiable, unlikely lead, kind of a Ron Howard type, who like Ron Howard has since moved into directing — he most recently made THE INCREDIBLE BURT WONDERSTONE.  The lead actress, Patricia Pearcy, has a kinda-sorta Julianne Moore sweetness — this is one of the rare films to feature two redheaded leads.  But the character you’re going to want to keep an eye on is Roger.  Roger is the one who suffers most under the scourge of the worm infestation.  Roger takes a lot on the chin in this movie.  Literally.  He’s the one who bears the brunt of the gross-out make-up effects — designed by a young Rick Baker (fresh off SCHLOCK and IT’S ALIVE)! 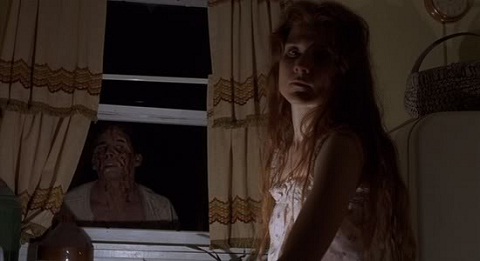 Again, from the tongue-in-cheek way Jeff Lieberman introduced the movie in Yonkers, I don’t think he’d be too offended if I reiterated that SQUIRM is something of a slow build, to put it charitably.  There are stretches you’d ideally fast-forward through, to get to the gag moments:  A worm in an egg cream here, a disgusting discovery there, but there are many slow moments before the movie really hits its stride.  But when it does, SQUIRM more than earns your valuable time, in an epic pile-up of nastiness that I have to describe using an over- and ill-used critical term I normally hate seeing: Grand Guignol.  Once you’re watching an entire home entirely flooded with writhing crimson worms, there ain’t another phrase that describes it more accurately: 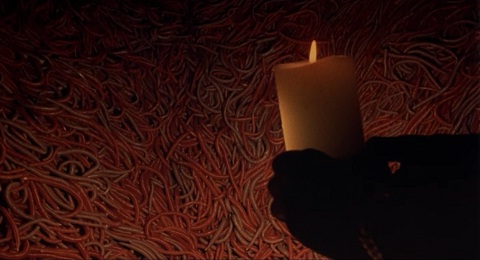 Jeff Lieberman had plenty more to offer the horror genre — just two years later, the unforgettable BLUE SUNSHINE was released — but for a first movie, the climax of SQUIRM is a supreme feat of over-the-top imagination which is awesomely orchestrated, regardless of any creaky or imperfect moments that preceded it.  It’s the kind of sight that makes you smile over its phenomenal ickiness, months after you’ve seen the movie.  I know I’ve kind of tipped the ending here, but you really do need to see this thing for yourself if you’re any kind of horror aficionado. It’s even better when accompanied by the most squeamish person you know.  Find a screening and say goodbye to your appetite.

SQUIRM is playing at midnight in Los Angeles as the “Georgia” stop on the United States Of Horror film series. 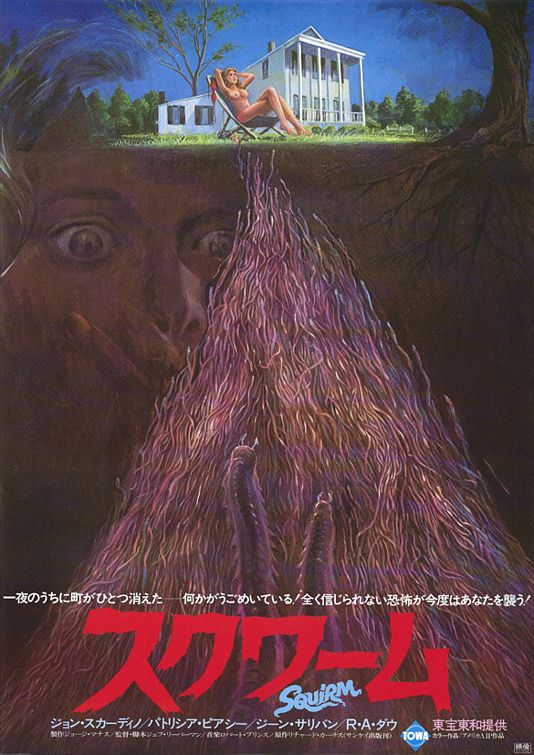