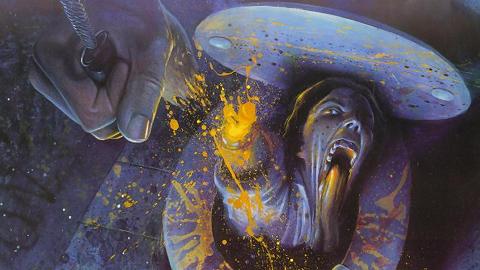 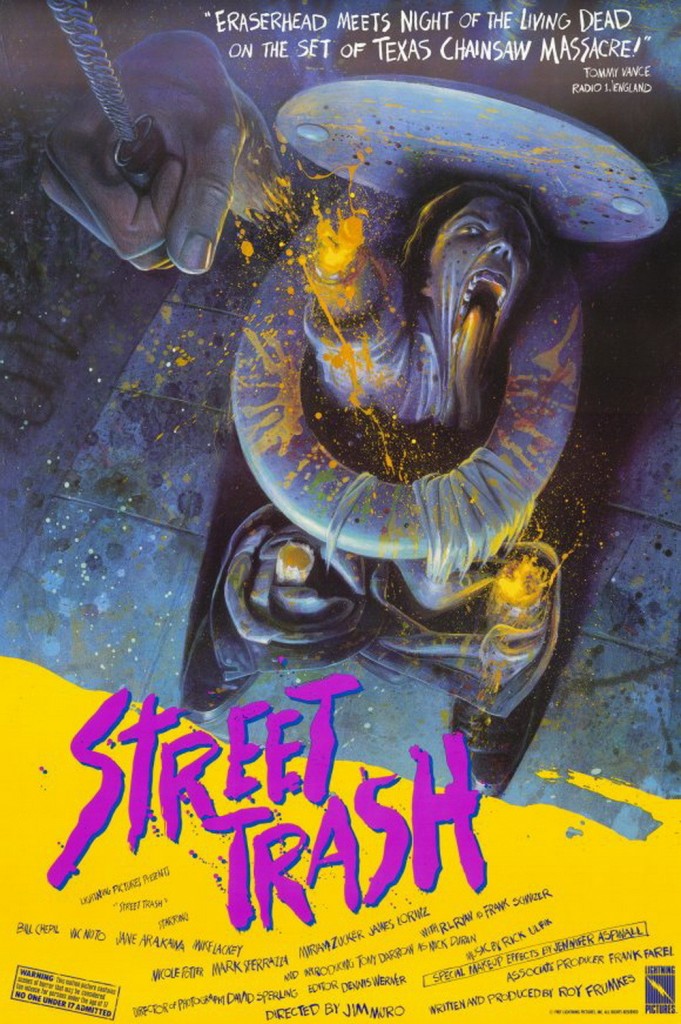 Most people I know, like myself, came to EVIL DEAD 2 in high school. Some didn’t see it until college. That sounds about right. Consider STREET TRASH the graduate program. These two classic midnight movies were unleashed in the same calendar year, but if you can believe it, STREET TRASH is the wilder, more unrestrained, less accessible of the two. It has the same jubilation in gore and mayhem, the same zeal for gore and exploding body parts, but it’s seedier and more sinister. And, quite frankly, less focused. Which in this one solitary case is such a good thing. STREET TRASH is content to meander, to dally, to revel in its grotesques rather than move swiftly through a refined narrative. It’s defiantly amoral and thrillingly despicable in an almost unifying way: My guess is that, if this movie were ever focus-grouped in the normal channels,  conservatives and liberals alike could unite behind their disgust.  How beautiful that is. 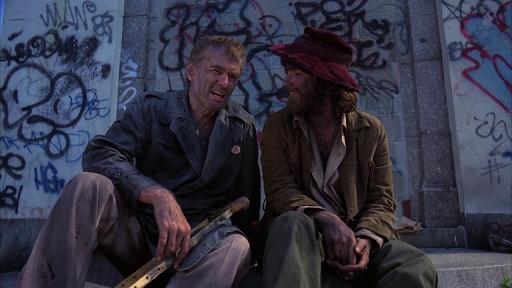 STREET TRASH centers around a community of vagrants in New York City. One of them, Fred (played by behind-the-scenes co-conspirator and make-up FX artist Mike Lackey), gets hold of a stash of liquor called “Tenafly Viper” — a noxious and deadly concoction whose contents have alchemized over the years. Anyone who drinks the Viper dies almost instantly, dissolving from the inside out in a colorful stew. 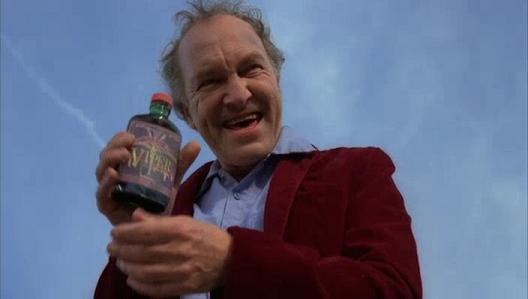 Here’s writer & producer Roy Frumkes, taking one for the team as an unfortunate businessman who passes under the wrong fire escape at the wrong time, getting a faceful of Viper residue and coming apart as a result. 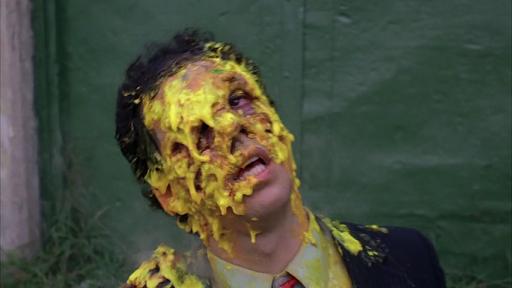 Fred and his brother Kevin not only have to navigate the strange new world of alcohol-related chemical outbreaks, but they also have to avoid the junkyard’s belligerent alpha-male, a deranged Vietnam vet named Bronson (Vic Noto, resembling Zach Galifianakis on steroids and all the horror that implies), amidst a menagerie of other rude and violent characters. Standouts include an exceptionally cranky cop (the Colin-Quinn-esque Bill Chepil) and a bickering odd couple of lowlifes played by eventual stars Tony Darrow (GOODFELLAS) and James Lorinz (FRANKENHOOKER). It’s better not to get too attached to anyone, because bad things happen to most of them. They may make it to the end credits or they may spend their last moments on God’s earth sitting on an outdoor toilet, turning into a roiling puddle of blue goo with a face on it. 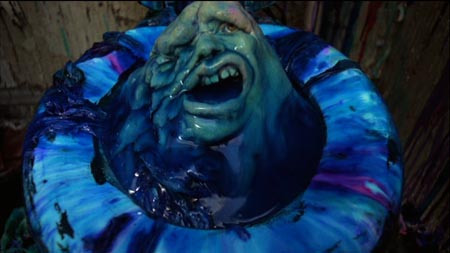 It’s Herschell Gordon Lewis meets Sam Raimi meets the Garbage Pail Kids.  It’s one of the most joyously reprehensible American movies ever made.  It’s hard to be truly offended or even grossed out because the movie is so spirited and silly — the gore is so far over the top, erupting in bright primary colors, that it looks more like a paintball barrage than a charnel house.  What is easily overlooked about STREET TRASH is how much legitimate talent is on display. Some of the sweeping camera movements are quite beautiful, regardless of the fact that the terrain they’re swooping over is filthy and condemned. Hysterically, the director of STREET TRASH, J. Michael Muro, went on to a distinguished Hollywood career as a camera operator, TV director, and cinematographer. He shot OPEN RANGE for Kevin Costner, this year’s PARKER for Taylor Hackford, and best of all, 2004 Best Picture winner CRASH!  A good-looking picture to be sure, but that’s a movie that suffers from the lack of melting body parts and exploding heads if I’ve ever seen one.