There is a crackerjack short film buried somewhere inside of SCARY MOVIE. But, as is often the case with work from first time feature directors, that short film is stretched beyond the breaking point to create a repetitive experience that has several admirable components, but leaves the audience begging for any kind of forward momentum. 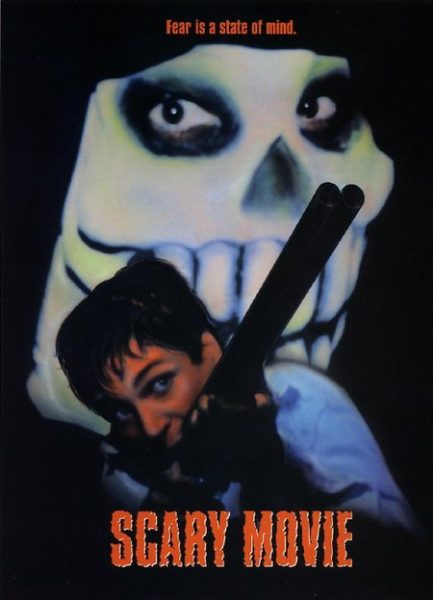 Warren (John Hawkes) is frightened of everything. As the movie opens, he awakens from a nightmare, only to be frozen in bed in fear of benign objects that clutter his apartment. Given his nearly pathological inability to function due to this paralyzing fear, a haunted house would seem to be the absolute worst place he could go, but that is where he is dragged on a blind double date. As news breaks about the escape of a homicidal mental patient from his transport ambulance, Warren enters the haunted house where the already violent, grotesque vignettes in each room take on increasingly surreal qualities until it becomes impossible to tell where reality ends and Warren’s paranoid delusions begin. 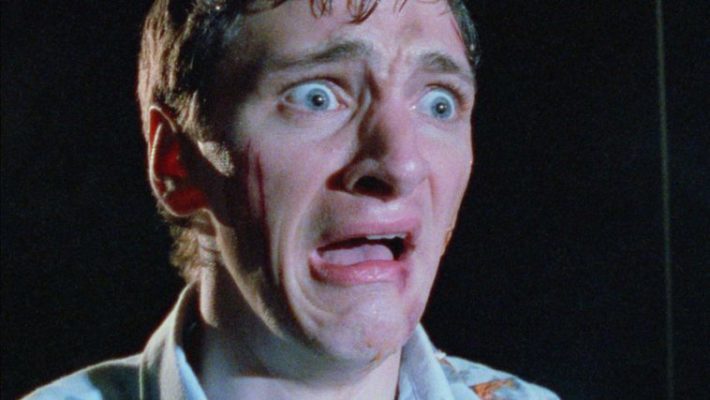 As far as comedies titled SCARY MOVIE go, this mostly unreleased oddity stands head-and-shoulders above the spoof of the same name that came along nine years later. There is an ambition at work here that is not immediately obvious from the broader, more comedic opening thirty minutes. But as the film goes on, that ambition becomes increasingly unfocused as co-writer/director Daniel Erickson moves the film away from silly comedy/satire of horror films to attempts at surrealism that the lightweight structure of the film cannot hold. 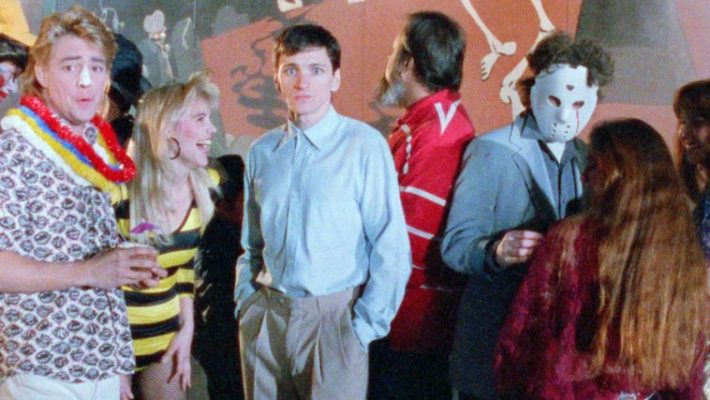 That said, there is quite a bit about SCARY MOVIE that works–especially in its first forty minutes. Hawkes has fun as Warren, mugging for the camera and selling the abject terror of everything that the character feels with wide-eyed intensity that stops just shy of going too far over-the-top. Erickson does a great job of capturing Warren’s paranoia through quick zooms to close-ups of his face and editing that captures his perpetually jumpy energy. Even better is the authentic feel of what it takes behind-the-scenes of a haunted house to mount such an endeavor on a shoestring budget and the camaraderie of those involved that is something akin to a community theater group putting on a production out of love for the craft as opposed to looking at it as a job.

Unfortunately, all those positives cannot take away the fact that much of the flick’s second half simply stalls out–never becoming scary or menacing enough to work as a horror film while also abandoning most of the comedic beats it started with. While Erickson does a decent job of putting the audience in Warren’s confused head space (even though the film never evens feints at a reason for his extreme fear of everything), the film’s overtures to being something darker or more intense wind up as self-sabotage. 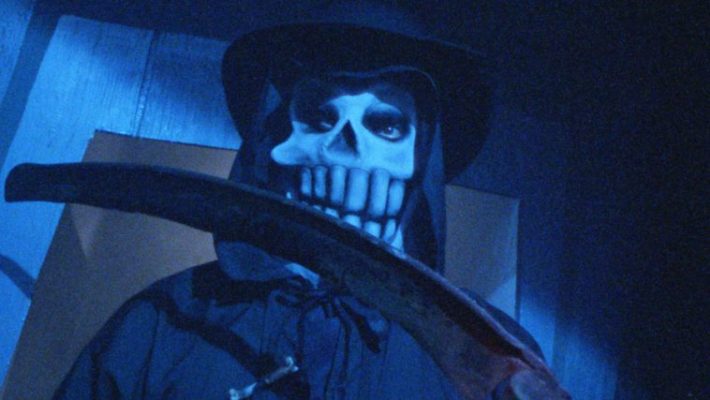 The disc sports a 2K scan of the original 16mm camera negative, making this one of the best looking of all of AGFA’s releases. The giallo-inspired lighting and color composition really pops, especially highlighting the wonderfully garish look of the haunted house’s interiors.

Erickson is joined on a commentary track by AGFA’s Joseph Ziemba. The filmmaker is overall pragmatic about how SCARY MOVIE turned out, but is understandably proud of everything the cast and crew pulled off on such a low budget. Even though the film didn’t really work for me in the end, it was still disheartening to hear on this track that it only had one theatrical showing in Erickson’s hometown of Austin before it mostly faded into obscurity.

The much better work here is Erickson’s MR. PUMPKIN, one of two of his short films on this disc. Made before SCARY MOVIE, this Halloween-centric short captures the joyous feel of the season for the kids that celebrate getting to dress up and go out for free candy, while also nailing how easy it is to get sucked in by tales about a boogeyman when you’re an impressionable kid of a young age. Funny, creepy, and charming, I can see MR. PUMPKIN joining my regular Halloween viewing for years to come.

One more Erickson short–the slight, silly slapstick exercise LITTLE HERO–and the film’s original teaser trailer (that is the definition of minimalist movie marketing) round out this disc.

SCARY MOVIE is currently available on Blu-ray from AGFA.