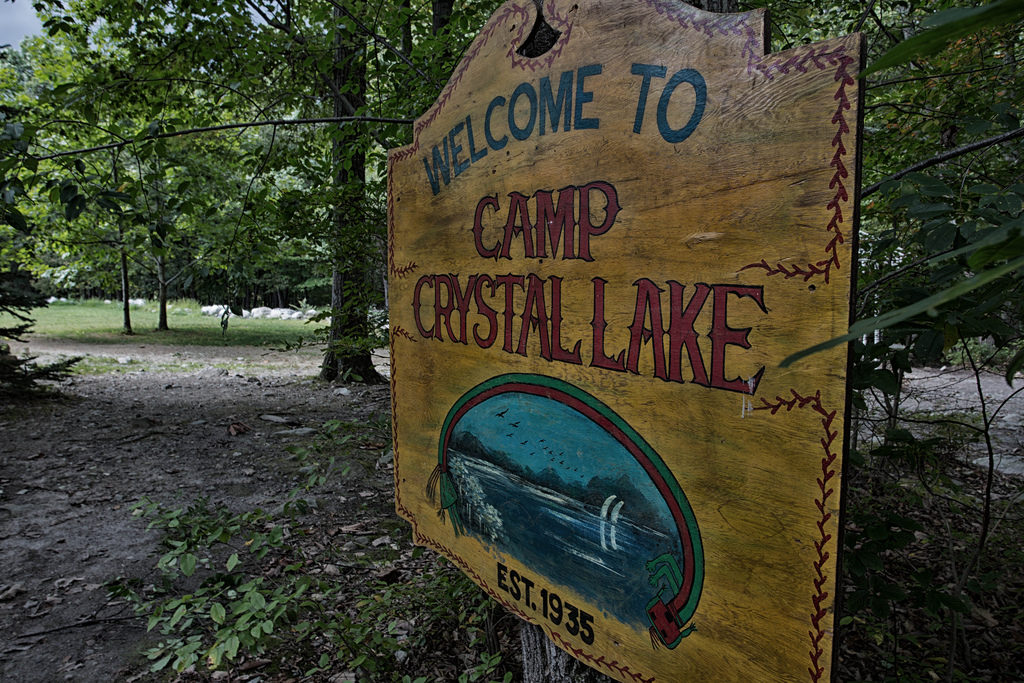 One of the cool perks about spilling digital ink over at Daily Grindhouse is that we get press copies of entertainment materials to review — DVDs and Blu-Rays and so on — but it’s mostly your typical stuff.  Studio releases, indie films, or television series are the normal review beat.  The converse to that, is when something lands across my desk, something that’s a bit of a rare curiosity, it immediately perks me up. In this case, that particular curiosity is the first and only album by the late Crystal Lake musician, Damon Samuel Winter, or as we and the rest of the world simply know him: Demon. 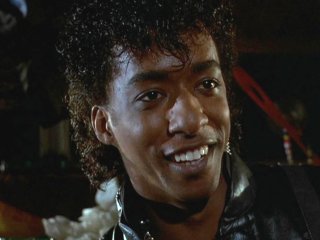 A bit of a precursor before I review the album, and pardon me, because I’m about to get a little nostalgic – in 1979, I used to live in Blairstown, just two towns over from Crystal Lake. It wasn’t a particularly great town, which is why me and my friends would always head over to the Lake on Fridays (testing my luck, I know), and flitter about the roadhouses seeing if we could score booze off of the skeezy townies or perhaps just get out of the town before we ran into Ralphie the Rat-Man (he sadly passed away some years ago, murdered by another local legend, Jason Voorhees), because when he would sermonize about the nearby abandoned camp, he’d go on and on and there was no getting away.

One of those nights, ’85 I think it was, my friends and I had rolled into the Wessex Outhouse, a disgusting spot, but the beer really hit the spot. Around midnight, a band hit the stage, if you could call it a band. Armed with a Casio and a hairspray soaked coif, Damon took the stage. He played through three songs very quickly, I don’t think they were longer than three minutes apiece. The audience had all but dissipated after the second song. He left the stage unceremoniously and marched over to the grill, run by some gruff looking dude, Victor Something was his name. While Damon chowed down on his food, I asked him about his music. He went over his inspirations, mostly stuff that was on the top 100 charts, but he had an energy and look in his eyes that told me he was on to something with the music gig.

I asked him, “What are your ambitions with the music thing?”

Damon looked me over, cocked a grin on his face and said, “I want to do something that gets me on the MTV.”

“Sounds cool. I hope to get a tape at Sound Warehouse, man.” I mumbled and excused myself. He finished his food and left. I never saw him again. 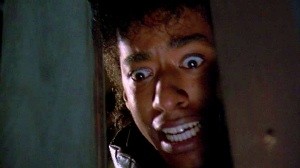 Now, as we all know, Damon was killed in 1989, murdered quite unceremoniously in a trailer park outhouse alongside his fiancée, Anita. I always thought it chilling that he was killed in an outhouse, which was ironically the name of the place I saw him perform was. I lamented the loss, because he was a sweet guy, and was sad that he would never be able to bring his music to the world. 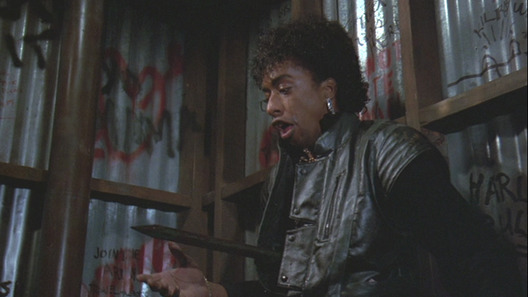 But, I was proven wrong again. Just two months ago, I was on a Reddit forum about the Burns murders, and a poster by the name of “juniorhubbard” claimed he actually heard an album by Damon, who officially released his work under Demon. After private messaging ensued, he sent me a CD of Demon’s work, now called “Ooh, Baby!” It even came complete with a booklet.

“Ooh, Baby!” is a five song EP, but offers a clear insight to the artist who composed, and sang the tracks, Demon.  The album is pretty dated, with references to Reaganomics and ALF, the popular television show about the cat-eating alien. The songs range in moods, from ballads to poppy electronic numbers. The first track sets off the right mood with “His Eyes,” a jumpy exciting tune (later covered by Pseudo Echo as a tribute). It’s hard not to see cute, Goth girls doing incomprehensible dances to it in the clubs. Then, it’s straight into ballad mode with the titular track, “Ooh, Baby!” Unfortunately, it’s a bit repetitive, as the lyrics only consist of “ooh, baby” and “hey, baby.” But the female backing track which the liner notes (getting to those in a moment) reveal that it was done by his fiancée, Anita. Perhaps there was some emotional quality to the song that mattered to them, I can’t be sure.

“Unger Pride” tells the story of a man estranged from his family, a tale that can’t help but feel chilling after doing research about Demon’s past relationship with his younger brother, Reggie Winter. The pain is palpable and reads through the lyrics, “From my arms, you were torn. I wish, I wish, I’d never been born.” It hurts my heart to read those lyrics. It stumbles in the coda, when he just begins listing the foods he would’ve offered his brother. Still, poignant stuff. “ALF Mania,” the least said about the better, though Demon’s constant befuddlement at ALF’s incessant need to eat cats, and wondering why Willy hasn’t kicked him out of the house is a pretty great runner.

The last track, a searing portrait of a relationship in constant turmoil, is the best. Over the eerie, pulsing synth beats, Demon rhapsodizes of a world without his true love. You can sense the poetry in his words as he runs through the nearly ten minute track talking about all the thing he’d do to keep his true love in his heart. Then, it becomes a duet with his fiancée – her lyrics, “can’t you see my pulse is racing!” Her voice burns like the sun on the hottest Texas day. The title, a little horrifying in hindsight, “A World Without You Is Death By Fence Post.” Unwieldy, sure, but sometimes being a little on the nose works better.

The production by longtime stalwarts, The Scuderi Brothers, is slick 80’s pop, replete with a sheen of neon magic. According to the liner notes written by the Damned Enchiladas drummer, Dan Steinmann, (who coincidentally never recorded another album afterwards), they wanted a hit verse, chorus, or hook every seven or eight minutes. It’s hard to argue that Demon didn’t deliver on that promise. The notes are a fluff piece, back patting and congratulations are the order of the day. The last lines of the notes are given over to the artist himself, where he elucidates:

“You know, man, I think if one of these songs could be a Pepsi commercial jingle, then I think I’ve done my part.”

UPDATED: Just as this article was going to print, I was contacted by “juniorhubbard” who advised me that Dan Steinmann and the rest of the Enchiladas had created a Kickstarter to fund the release of the album. It would be remastered, complete with a new booklet replete with thoughts by the whole band, especially longtime holdout, keyboardist Dr. Matt. The Kickstarter was a complete success, funding surpassing the original goal of $5,000. The album is to be released on Pinehurst Records in late 2017. Pick it up. Me, I’m holding on to my rough, cherished copy. 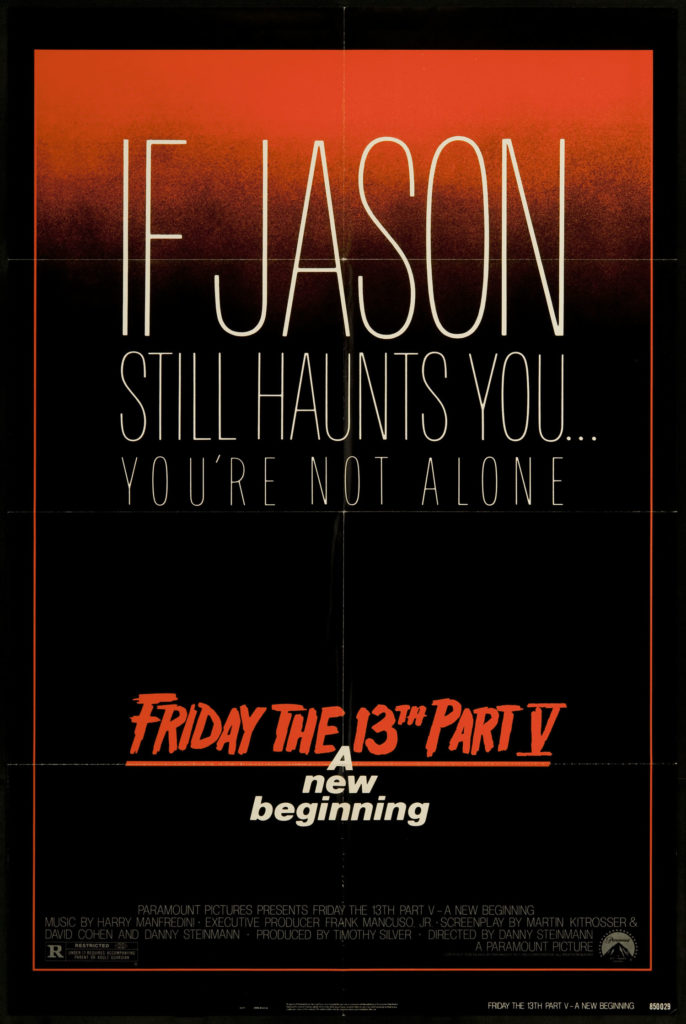