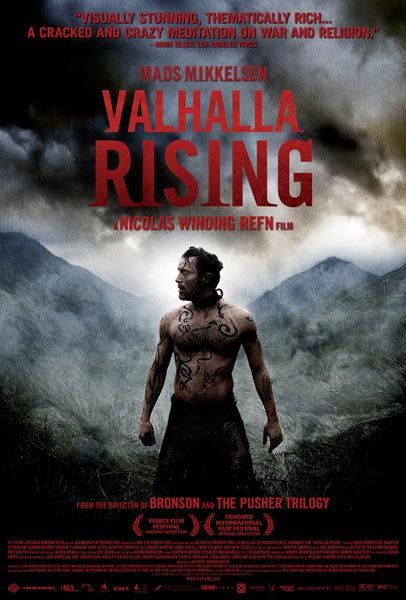 In the beginning there was only man and nature. Men came bearing crosses and drove the heathen to the fringes of the earth.

Okay, with that as your pick-up line, O movie, I have to admit, you got my attention. 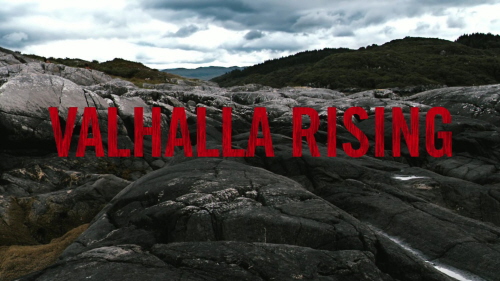 Those words are the opening of VALHALLA RISING, the title card which pretty directly explains what you’re about to watch. The movie, orchestrated by Nicolas Winding Refn, the director of BRONSON and DRIVE, is about as direct, sparse, and skeletal a plot as a movie could possibly get away with. It’s a movie made almost entirely of mood, sporadically punctuated by violence. It’s like walking through a cool fog and occasionally stubbing your toe on a rock. It’s a new genre: ‘Viking psychedelia.’ It’s also kind of wonderful to watch.

Set in the year 1000 A.D., VALHALLA RISING follows a nameless, unknowable drifter known as One Eye (Mads Mikkelsen, maybe still best recognized by American audiences as the blood-crying villain from CASINO ROYALE) as he is liberated from a captivity where he was kept as a medieval pit-fighter, and drafted into a much nobler war, less sarcastically known as the Crusades. He’s called One Eye because he only has one working eye, also because he never speaks and therefore doesn’t mention whether or not he actually has a name. This dude makes the Man With No Name sound like an Eddie Murphy character.

The fact that the movie’s main character doesn’t speak makes VALHALLA RISING practically a silent film, which is totally refreshing in our modern age where everyone seems to be talking, texting, or typing always.  It’s almost entirely sound, picture, and music, a real sensory experience.  The cinematography, by Morten Søborg is crisp and absorbing; the editing, by Refn’s frequent collaborator Mat Newman, is lucid and impeccable; the music by Peter Kyed and Peter Peter (really) is the best kind of shoegaze noise-rock, creating an audio bed of unsettling yet hypnotic atmosphere.

When I mentioned it briefly on my top-twenty list of 2010, I described VALHALLA RISING as what would happen if Terrence Malick, instead of John McTiernan, made that Viking action-movie THE THIRTEENTH WARRIOR.  Refn seems to be far less disturbed by violence than Malick is — I would guess that Refn is more interested in violence as an end result, as a visceral release of accumulated cinematic tension, whereas Malick usually incorporates violence into his films for more psychological reasons.  But like Malick’s work, VALHALLA RISING is lyrical, painterly, even experimental.  Any of Refn’s widescreen compositions in this film would be just as compelling out of context, hanging on a wall for instance.  The visual component is so strong that the story is comparatively threadbare.

In fact, the story is so simple that it is split into six chapter headings, which appear throughout the course of the movie like wooden blocks directing water flow:

Sounds just a little like the New Testament, doesn’t it?  Probably not unintentional. VALHALLA RISING could be seen as a couple different kinds of allegory, a couple different kinds of philosphical argument, but they’re pretty clear if you watch the movie and it’d be better for me not to explicate them. Let’s just say that I’ve read the Bible, and this has better music. The real reason I hesitate from nailing down the “message” of the movie is that explaining it would take away from its best quality, which is its dreamlike nature. Like Malick, the broad, dreamy pace and picture of Refn’s movie (aided by some astounding locations, costumes, and production design) somehow makes it weirdly convincing as a period piece. While those elements set the period, the performances and the droning electronic score are anachronistically contemporary, though even those streaks of modernity help make the period setting more tangible, paradoxically. VALHALLA RISING feels real at times, which is a big reason why it’s so hypnotic. 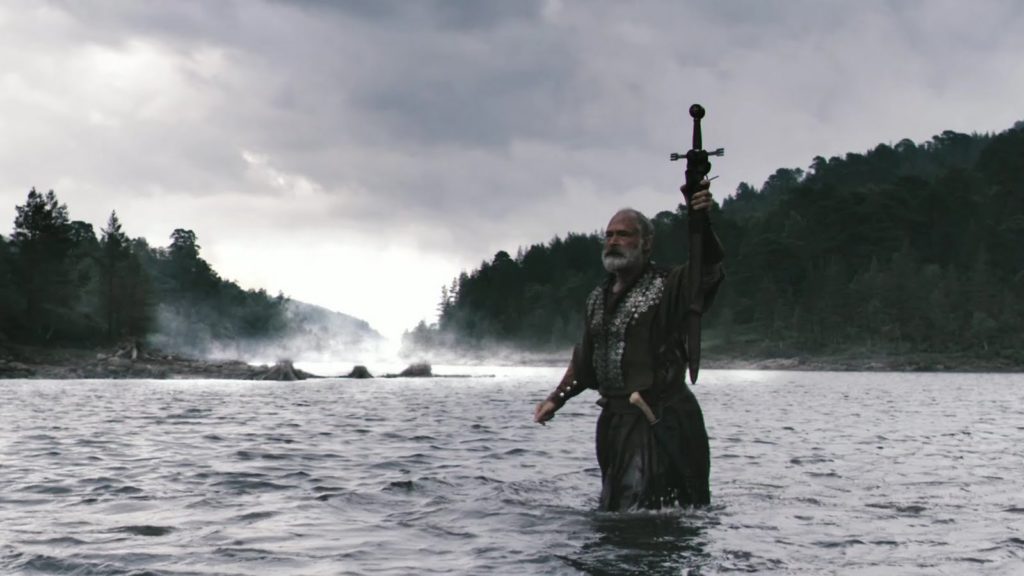 Really, this is a movie intended for late-night viewing, specifically under intoxicated circumstances (I’m pretty sure Refn has even said as much), but it’s not like you need to be under the influence to find this movie intoxicating. VALHALLA RISING is ominous and serious of purpose yet not pretentious or overly profound; it’s brief and slight of story, yet indelible.  It marks Refn as one of the more compelling stylists working in movies today, and makes the prospect of his next few movies a most exciting one, without a doubt. 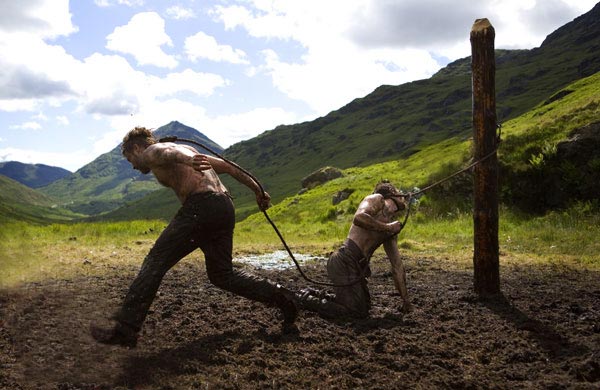 This came out of my movie journal, back in 2011, and I stand by it. In my eyes Refn has since delivered, and then some.