‘AN AMERICAN HIPPIE IN ISRAEL’
NOW AVAILABLE FOR PRE-ORDER ON BLU-RAY/DVD! 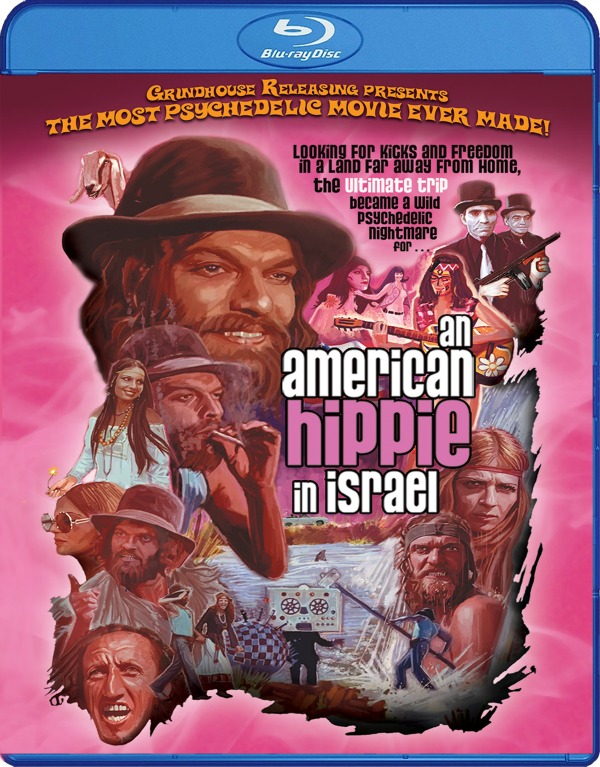 FAR OUT! Grindhouse Releasing brings the ultimate psychedelic trip home on hi-def,
and in theaters this fall!

“We are very proud and excited to present AN AMERICAN HIPPIE IN ISRAEL for the first time to U.S. audiences,” says Grindhouse Releasing co-founder Bob Murawski. “It’s an amazing film and we’ve spent years making this Blu-ray the ultimate edition of a cult classic. From the film restoration to the massive wealth of bonus features we gathered from around the globe, AN AMERICAN HIPPIE IN ISRAEL may be our best release to date!”

Lost for many years, AN AMERICAN HIPPIE IN ISRAEL has become a midnight movie sensation in Tel Aviv, where it has been screening to packed crowds. Grindhouse Releasing plans to celebrate the Blu-ray/DVD release with a series of U.S. theatrical screenings planned for the fall.

The Blu-ray/DVD set is limited to 2,000 individually numbered copies. Specs are as follows: