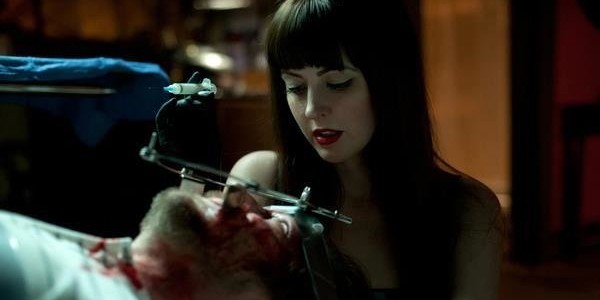 First things fucking last. Tristan Risk, one of the stars of AMERICAN MARY, writes for Daily Grindhouse. End of note.

AMERICAN MARY is getting prepped for surgery and theatre goers stateside will never be the same. XLrator Media has announced that the critically acclaimed sophomore effort from Jen and Sylvia Soska is going to drop in limited release on May 31st, but you can catch it on VOD on May 16th. Dates will follow soon. Along with that news, we’re also getting a new one-sheet which I don’t think does the film justice. This film is one of the more original pieces of filmmaking I have seen recently; it’s horrific, exhilerating, funny, crazy hot, and oddly empowering which this one-sheet doesn’t communicate. Anyway, book the date, Bastards. You don’t want to miss this flick. 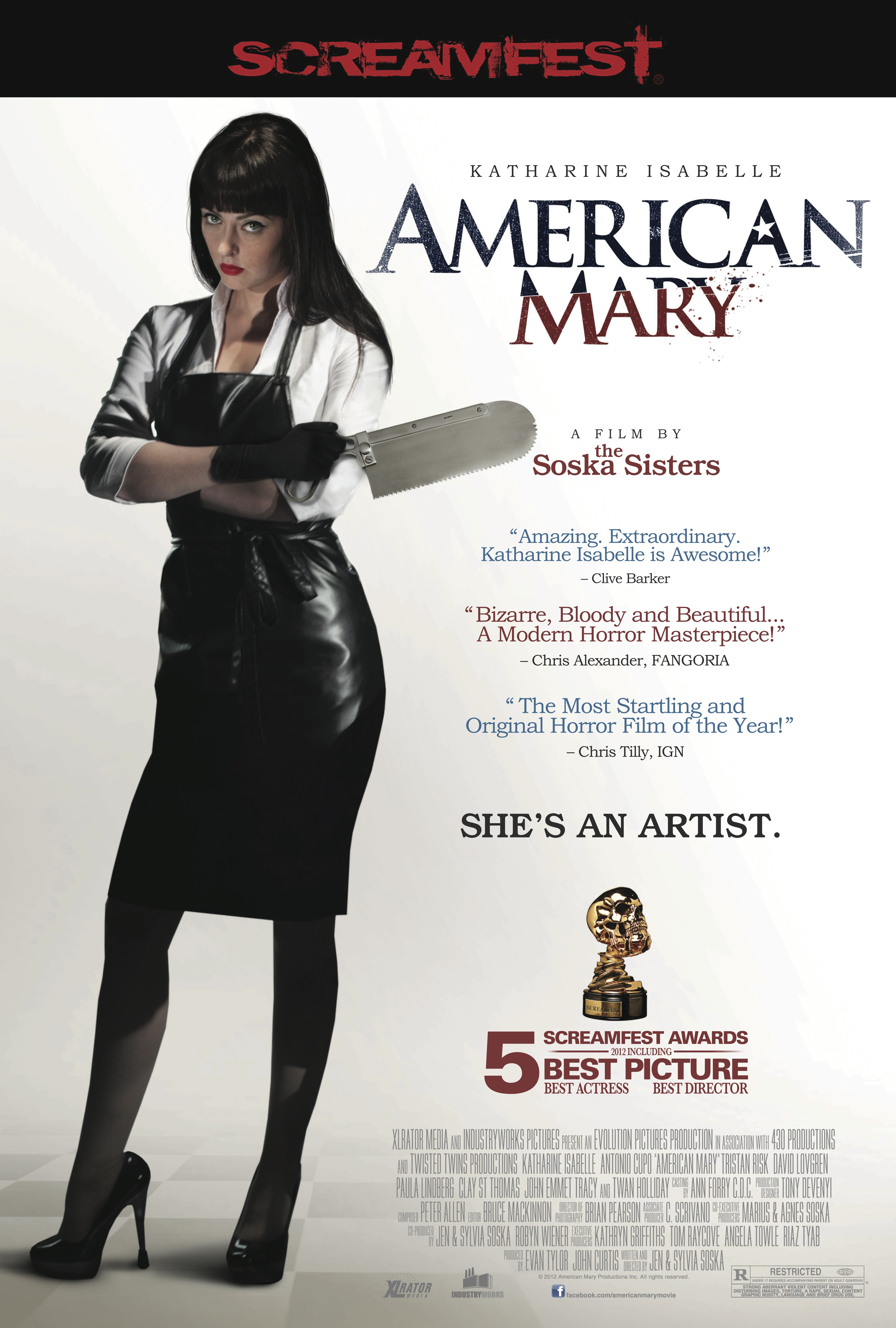 DIRECTORS: Jen & Sylvia Soska aka “the Twisted Twins” (Dead Hooker in a Trunk)

SYNOPSIS: “Twisted Twins” Jen and Sylvia Soska are back with their stunning follow-up to the indie hit Dead Hooker in a Trunk. AMERICAN MARY is the story of a medical student named Mary who is growing increasingly broke and disenchanted with medical school and the established doctors she once idolized. The allure of easy money sends a desperate Mary through the messy world of underground surgeries which leaves more marks on her than the so-called freakish clientele. Appearances are everything.