First things last. Tristan Risk, one of the stars of AMERICAN MARY, writes for Daily Grindhouse, so we have a hot as fuck chick in the fight.

The Twisted Twins came onto the scene with guns blazing and bodies flying with DEAD HOOKER IN A TRUNK. That film had a punk-rock vibe and grindhouse cool, it honored its roots and told an inventive story. They could have played it safe and done a rehash of that film but they went in an entirely new direction with a Cronenberg-esque trip down body modification lane. AMERICAN MARY has been getting all kinds of good reviews and walkouts, everything a film needs to help it build a proper cult following. Haven’t seen it yet? Well, you’re in luck because this good shit just got picked up for a distribution deal here in the states.

LOS ANGELES (Dec. 5, 2012) – XLrator Media has acquired all U.S. rights to the horror sensation, AMERICAN MARY, written and directed by Jen and Sylvia Soska (Dead Hooker in a Trunk). The female-centric surgical horror-thriller will be released on XLrator Media’s newly announced Screamfest label in Fall 2013.

“AMERICAN MARY is one of the most original, thought-provoking and subversive horror films I’ve ever seen. It has riveted audiences at horror festivals and marks the emergence of the ‘Twisted Twins’ as the most exciting genre directors to come along in years,” said XLrator Media CEO Barry Gordon.

“Based on the extraordinary audience response at this year’s festival, we knew we had to have this film on our Screamfest imprint with XLrator. Jen and Sylvia Soska are incredibly talented directors. We are so thrilled to bring this film to genre fans all over the U.S.,” said Screamfest co-founder and festival director Rachel Belofsky.
AMERICAN MARY follows the story of medical student Mary Mason (played by Katharine Isabelle of the Ginger Snaps franchise) as she grows increasingly broke and disenchanted with medical school and the surgeons she once admired. The allure of easy money and notoriety send Mary into the shady world of underground surgery and body modification. The film co-stars Antonio Cupo (“Bomb Girls”), Tristan Risk, David Lovgren and Paula Lindberg.

The deal was negotiated by Caterina Scrivano and John Curtis on behalf of Evan Tylor and IndustryWorks Pictures with Gordon and Mike Radiloff on behalf of XLrator Media.
Other Screamfest releases include Nazi zombie actioner Outpost: Black Sun and the upcoming Norwegian dark thriller Thale, both of which played at this year’s Screamfest Horror Film Festival. 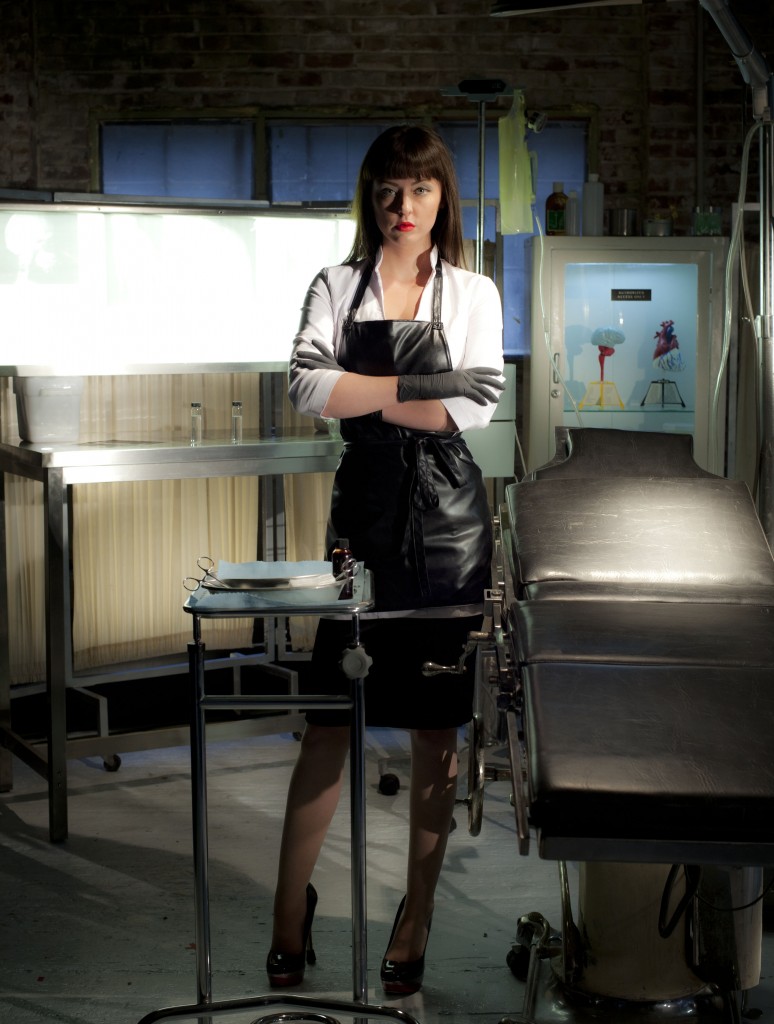