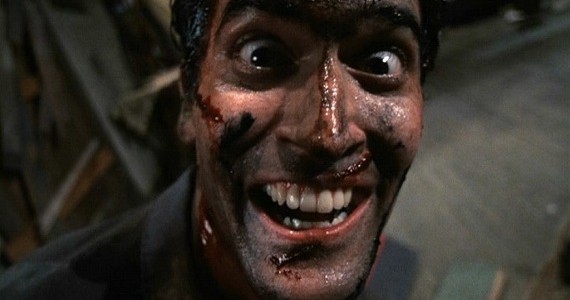 Anchor Bay has announced plans to release EVIL DEAD 2 once more, this time on the HD-DVD format, a technology that has not been in production since 2008.

“We are very proud to finally bring Sam Raimi’s cult classic horror film to HD-DVD,” said Anchor Bay marketing executive Steve Brodie via press release. “We have released EVIL DEAD 2 so many times that we’d honestly felt that we’d run out of excuses to bring it to a new audience. However, we released that we’d somehow neglected to release the film on HD-DVD, so we figured we’d roll it out. I don’t know how we missed that – ARMY OF DARKNESS got released but forgot to milk that particular cash cow.”

The film will be presented much in the same form as Starz/Anchor Bay’s Blu-Ray release, though it will feature an additional exclusive commentary track featuring set decorator Elizabeth Moore’s sister Emily and Gary Kindler, a guy who once met Bruce Campbell on the set of MINDWARP. “We really wanted to make this one special,” promises Brodie, “so we gave them a special reason to own yet another copy of EVIL DEAD 2, even if it means purchasing an obsolete player just to listen to it.”

The HD-DVD release is planned of late May. The company plans to follow up with a UMD release of George Romero’s DAWN OF THE DEAD, which will be issued in 75 separate editions of cover art, one for each zombie given screen time. “A real Romero fan will be collecting them all,” claims Brodie, “especially as each copy will come with an exclusively signed and numbered lock of Gaylen Ross’s hair.”

Suggested retail price for both titles is $29.95.