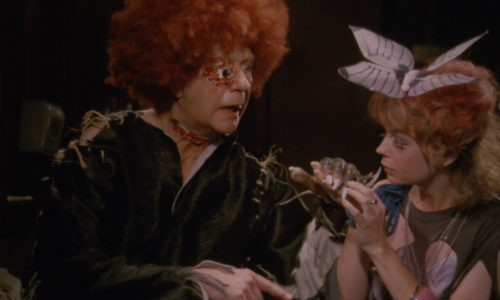 Once seen, you cannot forget the films of Andy Milligan. Working on shoestring budgets, he delivered grindhouse genre films that were often marked by their melodramatic nature, nihilistic stories, amazing costuming, and sensationalistic titles like THE RATS ARE COMING! THE WEREWOLVES ARE HERE!, BLOODTHIRSTY BUTCHERS, and FLESHPOT ON 42ND STREET. Love the films or hate them, it is impossible to argue that Milligan didn’t have a unique vision that he forced on to the screen through sheer will. 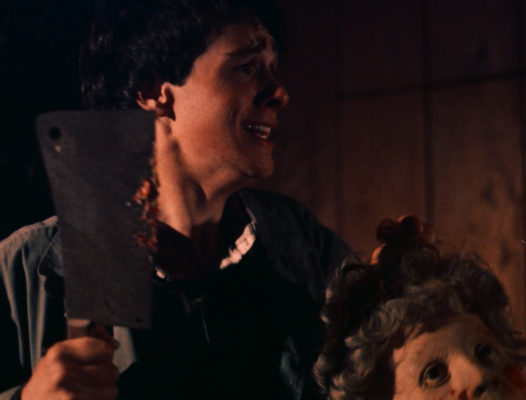 In the last decade, Milligan’s films (many of which were thought to be lost for all time—and some of them may still be) have slowly been making their way on to DVD and Blu-ray as specialty home video companies have resurrected them. Garagehouse Pictures is the latest to get into the business of rescuing Milligan’s films with his late-in-life titles MONSTROSITY and THE WEIRDO.

Both films are being given Blu-ray presentations with copious supplementary material. Street date is December 14, 2018, but you can pre-order the discs at Diabolik DVD. 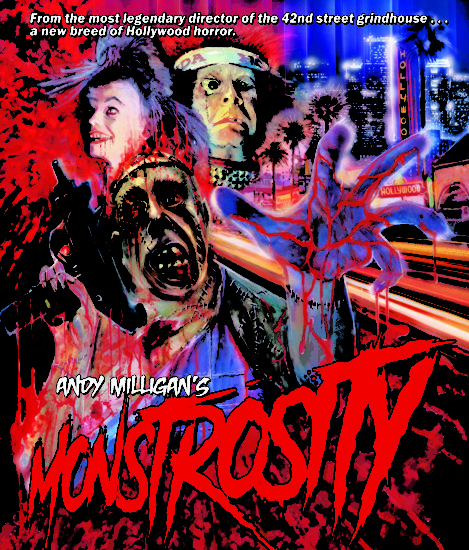 Garagehouse Pictures to release two films by legendary grindhouse auteur Andy Milligan – MONSTROSITY and THE WEIRDO – on Blu-ray in December!

For many years, much of the work of Andy Milligan has been unavailable, out-of-print or lost, but lately there’s been a resurgence of interest, thanks in large part to Jimmy McDonough’s exemplary biography, The Ghastly One.  Often maligned and misunderstood by critics and genre movie fans alike, the films of the “Gutter Auteur” have been gaining interest, and Garagehouse Pictures is proud to offer two of Milligan’s final features in HD for the first time ever.  These robust special edition Blu-ray releases not only serve as the definitive versions of MONSTROSITY and THE WEIRDO, but also offer an exhaustive in-depth look at one of cinemas strangest fringe characters.

THE BRAIN OF A CHILD.  THE BODY OF A GIANT.  THE POWER OF AN APE.

ALL PROGRAMMED TO KILL!

After his girlfriend is viciously beaten and murdered by a group of savage L.A. street goons, a med student and his two pals create a modern day ‘Golem’ from human and animal cadavers, and revive it to take revenge.  But they get more than they bargained for when Frankie, their half-human, half-witted creature, meets Jamie, a goofy street girl, and falls in love.  Soon Frankie is forced to put his killer training to the test as he goes on a Schwarzenegger/Stallone-inspired rampage against the city’s criminals armed with a machine gun and a headband.

“MONSTROSITY is like no other film you’ve ever seen, Milligan or otherwise!” – Frank Henenlotter, director of BASKET CASE & FRANKENHOOKER

THE WEIRDO synopsis (from the Blu-ray disc jacket):

WHY CAN’T EVERYONE BE NICE TO ONE ANOTHER?

How much torment can a young man take?  Donny (Steve Burington) is a shy loner who would like nothing more than to be left alone, but his life is little more than endless abuse and harassment.  Abandoned by his family, bullied tirelessly by the local roughnecks, Donny seeks refuge in the ramshackle shed in which he lives and lonely walks in the woods.  One day Donny meets Jenny (Jessica Straus), a young girl with troubles of her own who sympathizes with Donny, and the two begin an innocent romance.  Donny’s life seems to brighten for one brief moment, but Donny and Jenny’s love is rejected by everyone in town.  Then, faced with eviction from his beloved shed, a visit from Donny’s destitute, estranged mother – who plans to sell him into slavery (!) – threatens to push the poor “weirdo” over the edge…!

SPECIAL FEATURES for THE WEIRDO:

Now available for pre-order through www.DiabolikDVD.com

Since December 2015, Garagehouse Pictures has been dedicated to seeking out, restoring and preserving rare and lost horror and cult movies for release on Blu-ray.  The more obscure and unknown the film is the better.  Their first release was Paul Kyriazi’s missing 1984 martial arts comedy NINJA BUSTERS, followed by THE SATANIST, the lost Satanic sexploitation film from Zoltan G. Spencer.  THE DISMEMBERED, a forgotten regional Philadelphia-shot horror comedy, was also recently uncovered and released for the first time ever.  After nearly 40 years in limbo, THE INTRUDER, the lost horror film from Chris Robinson starring Mickey Rooney, Yvonne De Carlo and Ted Cassidy, was issued in August.  In addition to the endangered features, Garagehouse Pictures is also responsible for TRAILER TRAUMA, a popular series of four spectacular volumes (and counting!) of HD trailer compilations. 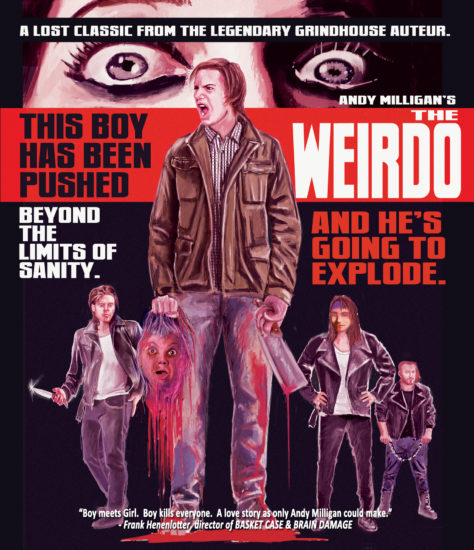