I love genre cinema. I will always have a soft spot for horror, action, sci-fi, and all the subgenres that exist inside those larger categories. What I have never felt any real connection to are those films that exist in the realm of pure sleaze. You know the ones: the films from the ’70s and ’80s, filled with ugly violence and sex that is the opposite of titillating, usually shot on cheap film stock with semi-amateur casts. But knowing these films have a large following and several companies devoted to restoring them makes me wonder what I am missing. With that in mind, I am going to do a deep dive into the world of sleazy exploitation. This is My Exploitation Education. This week’s entry is BATTLE BEYOND THE STARS. 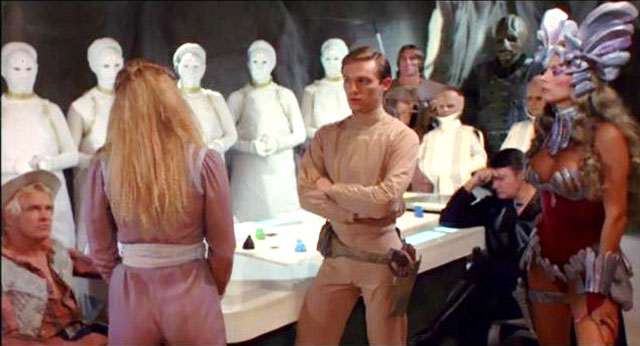 Off the top of my head, I cannot recall many Roger Corman productions that aimed for and managed to hit the sweet spot of “family-friendly” exploitation fare. But just because BATTLE BEYOND THE STARS achieves the task of being an entertaining space opera that dads can watch with their adolescent kids without having awkward conversations (Sybil Danning’s physics-defying costume aside), that does not make it any less of an exploitation film. In many ways, it fits the textbook definition of film exploitation as it shamelessly rips off STAR WARS and the films that inspired George Lucas’ game changing blockbuster. Thankfully, Director Jimmy T. Murakami and writers John Sayles and Anne Dyer pull of their cinematic larceny with a measure of wit and understanding of what the audience wants out of this type of film. 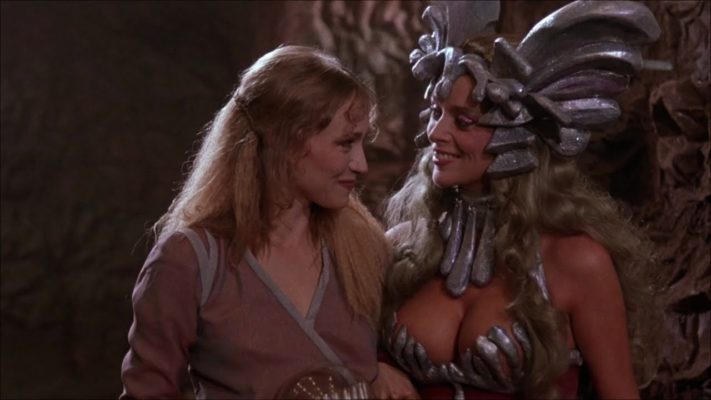 Stop me if you’ve heard this one before…

A tyrannical warlord gives a group of peaceful farmers a short amount of time to harvest their crops and turn them over to him or he will rain down destruction with his army of bloodthirsty warriors. A naïve, but courageous farm boy heads out on a quest to recruit mercenaries to return and fight for the lives of his people, leading to an epic climactic battle as the mercenaries lead the overmatched farmers to a costly victory against the warlord.

That’s right. Where Lucas cribbed some elements of STAR WARS from Kurosawa’s THE HIDDEN FORTRESS, BATTLE BEYOND THE STARS outright steals the entire plot of THE SEVEN SAMURAI. 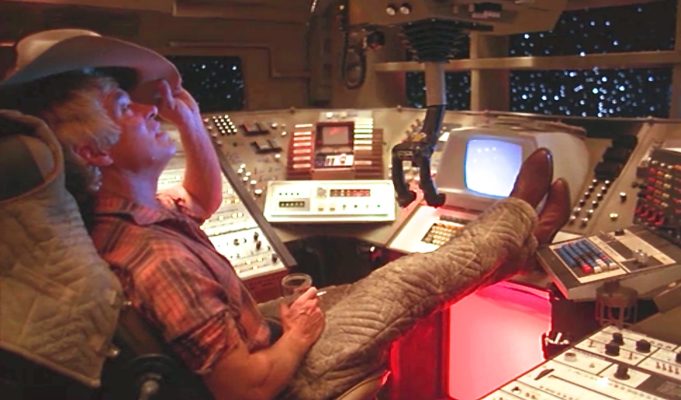 Shad (Richard Thomas) is the farm boy living on the peaceful planet of farmers. Sador (John Saxon) is the sadistic warlord leading his small army of mutant fighters in a reign of terror aboard their Death Star-like spaceship. The mercenaries that Shad gathers include arms dealer Cowboy (George Peppard), Amazonian warrior Saint Exmin (Danning), scaly alien with a grudge Quopeg (Steve Davis), and hardened killer for hire Gelt (THE MAGNIFICENT SEVEN‘s Robert Vaughn, in a casting coup). Aside from moving the setting of the story from Feudal Japan to pulpy sci-fi outer space, BATTLE BEYOND THE STARS actually plays like a slightly more faithful remake of THE SEVEN SAMURAI than does THE MAGNIFICENT SEVEN. 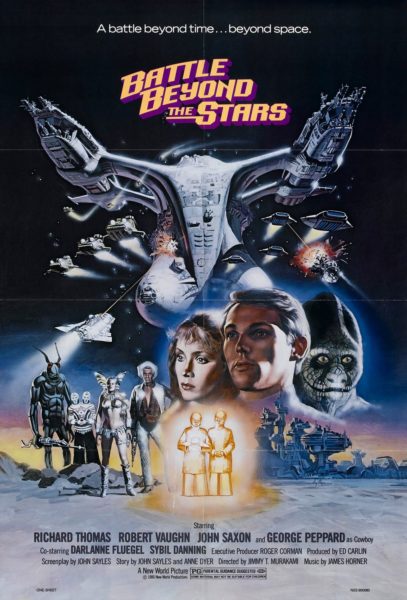 With such a well-worn plot in place, it is the small touches where the filmmakers color outside the lines that provide the fun. Vaughn’s straight-faced spoofing of his role from THE MAGNIFICENT SEVEN is the most obvious and inspired gag, but there is a real tongue-in-cheek feel to Thomas’ performance as Shad. At the time, Thomas was well known for playing earnest, naïve John-Boy on The Waltons. Not only does Shad feel like he was written to basically be John-Boy in space, Thomas ups the wide-eyed, “golly gee wow” silliness to the point where the self-parody almost circles back around to be a genuine, heartfelt performance. 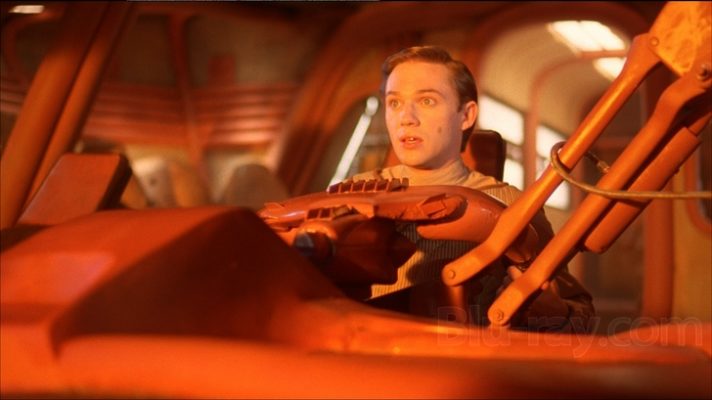 This being a STAR WARS ripoff, BATTLE BEYOND THE STARS does feature a bigger budget than many of Corman’s productions at the time and it shows in some really impressive model work (James Cameron was one of the art directors on the film), an epic score by James Horner that is almost too good, and decent visual effects bringing the spaceships to life. Unfortunately, that upping of the effects game does not translate to any of the alien makeups and the scenes set on the farm planet and interiors of some of the spaceships that are clearly just harshly lit, barely decorated sets designed to be broken down in five minutes. Despite some of the visual shortcuts taken, the film actually looks bigger and more polished than I expected. 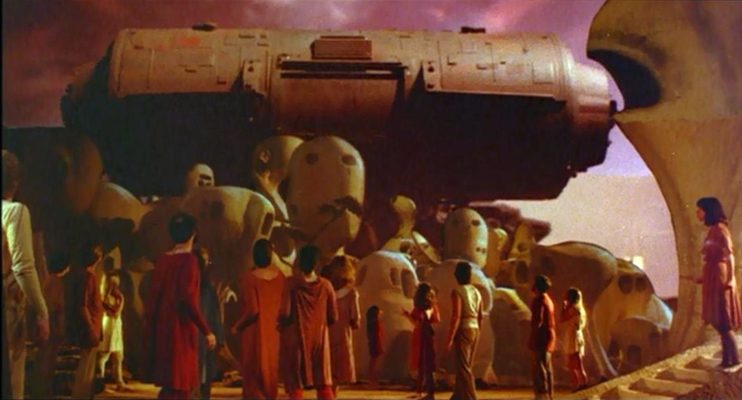 BATTLE BEYOND THE STARS is no classic, but it is one of the more enjoyable STAR WARS ripoffs that emerged in the first wave of Lucasploitation. It’s simple and corny, but it’s fun and the cast is game to play along. That is all I asked of the film and that is what it delivered.