I am on record as not being a fan of THE EXPENABLES, it’s just kind of a sloppy flick but it does have some big-shit cools in it (that’s what I call scenes that hit me in the geek). I dig the idea of partnering action stars, I just thought that’s all THE EXPENDABLES had going for it. However, what would happen if you paired a couple of big action fellas and put them in a cool as hell flick? THE TOMB would happen.

AICN has it on pretty good authority (see: Arnie himself) that he may be up for joining Stallone in THE TOMB. Sly in prison is cool (LOCK UP), Sly in prison with Arnold making life difficult for him (at least I hope that’s his role) is badass. As we all know, only cool things happen when Stallone is in the clink. 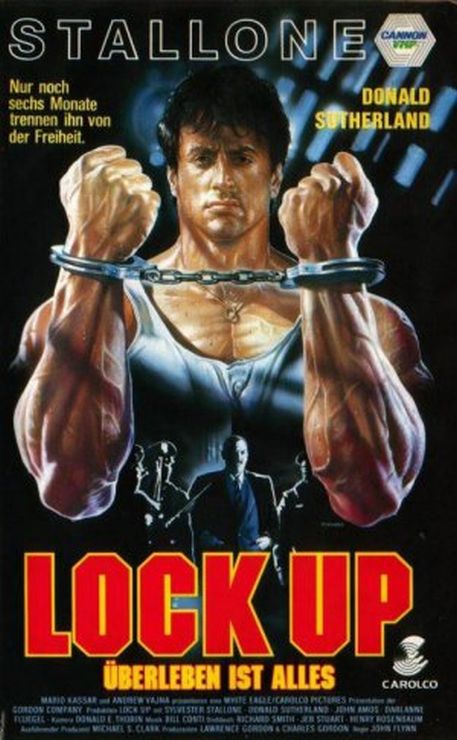 Before we get to the scoop, here’s the skinny on the flick…

Synopsis: Ray Breslin is the world’s foremost authority on structural security. After analyzing every high security prison and learning a vast array of survival skills so he can design escape-proof prisons, his skills are put to the test. He’s framed and incarcerated in a master prison he designed himself. He needs to escape and find the person who put him behind bars.

Fuck I wish George P. Cosmatos was still around. Anyway, think about that set-up as you vibe on Harry’s verbiage…

Here’s what Harry had to say:

“You see, at one point, Antoine Fuqua was set to direct THE TOMB with Bruce Willis to play the lead character of Ray Breslin. THEN… Bruce pulled his chute and exited THE TOMB, only to have the rumor circle stating that Arnold Schwarzenegger was going to play Ray Breslin… instead he chose to star in LAST STAND.

Shortly before Halloween last year, Stallone chose to take the role of Ray Breslin in THE TOMB. Who is Ray Breslin? Reportedly he’s an expert on structural security for High Security Prisons – and ironically enough gets framed and must escape to discover who put him there.

Well, the familiar – oh so reliable contact that whispered in my ear on the drive home… specifically as I was driving through Fort Sumner, New Mexico… told me that Sly has a very interesting co-star that is currently circling and discussing with Sly to join him in THE TOMB… and that’s Arnold Schwarzenegger.”

Dig that shit, Bastards! Jump over to AICN for the whole scoop.